TVS Racing dominated proceedings in the 165 Group B class as KY Ahamed emerged victorious in both the races. 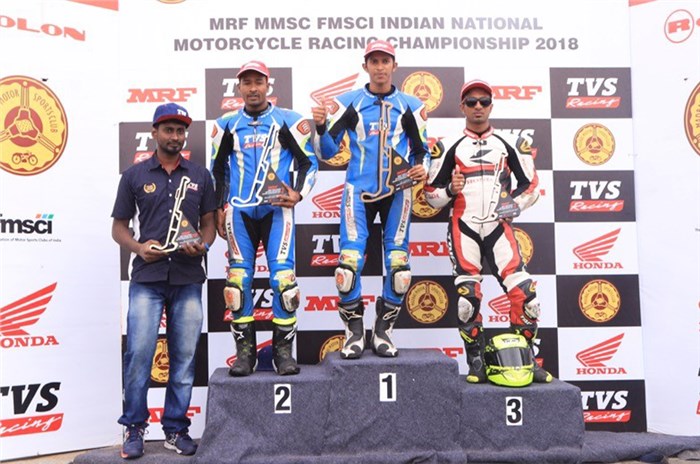 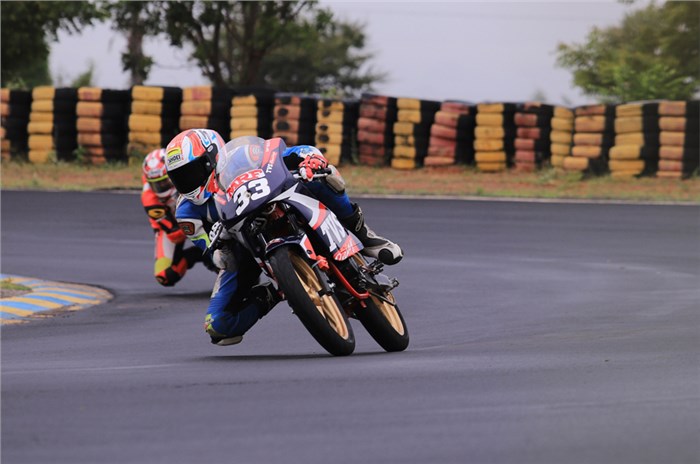 TVS Racing started the 2018 season of the Indian National Motorcycle Racing Championship (INMRC) on a positive note by winning the opening two races in the Super Sport 165 Group B category. Both the races were won by its star rider KY Ahamed at Kari Motor Speedway (Coimbatore).

Track conditions were difficult as it had rained prior to the start of the first race. Ahamed adapted well to the tricky conditions, which helped him defeat his mentor (and six-time national champion) Jagan Kumar. Ahamed continued his form in the second race, as well. He managed to win ahead of team-mate, Deepak Ravikumar. Making the round even more memorable for TVS Racing, their rider K Jagan also set a new lap record in the Super Sport 165 Group B category at Kari, clocking a lap time of 1min 11.596sec.

“I have been working hard for this victory and a double win makes it even more special,” said KY Ahamed, commenting on his stellar performance. “I would like to dedicate the wins to everyone in my team, well-wishers and especially to Jagan, who has always supported and mentored me. I hope I can keep performing consistently for the rest of the season.”