Indian GP day one: A landmark for Indian Motorsport 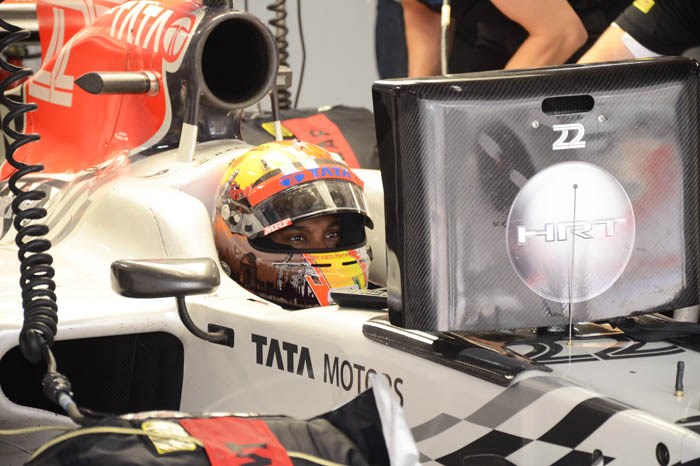 Friday was a special day for Indian motorsport as the long-awaited dream of the Indian Grand Prix became a reality.

Formula 1 cars ran in anger on a purpose-built, FIA-approved circuit for the first time and the screams of the machines howling past at over 300kph provided many a goose bump to Indian F1 fans. The day was especially significant for driver Narain Karthikeyan and constructor Vijay Mallya.

Narain was particularly upbeat, “Before I knew it, I was strapped into the cockpit of my HRT, going down the pitlane for the first time – it was an incredibly surreal moment. I couldn’t believe it; even the leisurely pace of the installation laps was quite overwhelmingly emotional.” The Force India cars were among the first cars out on the track and Vijay Mallya was very pleased as well. “It was my dream to bring F1 to India,” he said.

Karun Chandhok was given a few practice laps in the Team Lotus car too. Although Chandhok will not race, "It felt great to finally be able to drive an F1 car here at the Buddh International Circuit, " he said. "I want to thank the team for giving me that chance. I was pretty pleased with how it went in the car today. We completed most of the morning programme and without the yellow flags at the end of the session.”

The first session was stopped due to a stray dog making its way onto the racetrack and it became a hot topic of discussion, especially amongst the international media, but otherwise and apart from that five or so minute delay things went off fantastically.