Liuzzi had a strong race in Monte Carlo with the Italian adding two more points to his tally. We catch up with Tonio for his thoughts on Monaco. 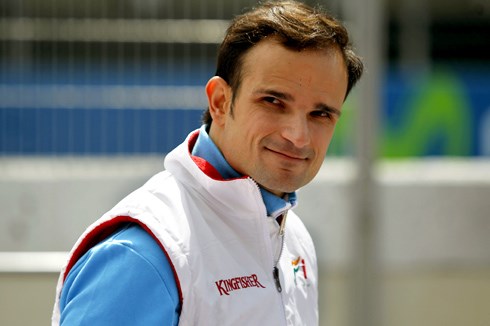 Force India got both cars into the points in the most prestigious race of the year in Monaco. After getting into Q3 on Saturday, Tonio Liuzzi finished in the 10th position on Sunday, behind team mate Adrian Sutil, before both the drivers moved up one place each when Michael Schumacher was penalised for his overtaking maneuver on Alonso under yellow flags. We asked Tonio for his thoughts on Monaco.

The key to your race was qualifying in the top 10. How did things go on Saturday?
It was definitely good. We struggled in the last couple of races because we had traffic or the practice sessions had been compromised, so going into qualifying we weren’t in the best possible shape. We found a way to turn things around and make the set-up work this time. We have had to find some compromises, but at the end of the day it worked out, that’s the most important thing.

Were you pleased to get through the first corner safely and gain a place?
We had a strong start, and I passed Jenson Button, who struggled to take off. Rubens Barrichello made a mega start, so I couldn’t manage to get him into the first corner. But we were in P9, which was a positive position for the rest of the race.

How did things progress after that?
We were on the soft compound at the beginning, so I was trying to push but at the same time keep the rear tyres a bit safe. I was trying to handle it because the race is long, 78 laps. In the end they called me, and then Adrian was able to pass me when he went in for his stop. We struggled to warm up the tyres, so the call didn’t work for me the way we wanted to.

With all the safety cars and the stopping and starting was it hard to manage your race?
It was difficult because tyres this year are quite hard. It’s difficult to put temperature into the tyres, because the front ones are much narrower. But it’s the same for everybody, you just have to manage as best you can.

So overall a good weekend for you and the team?
Points are always good, and we had both cars at the end of the race, where we should have been for many races from the beginning of the season. It’s a strong result for Force India, and it’s good for us going to Turkey.

How do you feel about Istanbul?
I like Turkey, I like the track and especially the high speed corners. It’s one of the circuits where I can give the most. Usually in the past it’s been pretty good there, but this year with the new tyres it’s always difficult to predict. Everything should be colder than last year, because the race is earlier in the year, and the tyres are harder. A lot depends on the balance you can find in the car.