Government tweaks import policy for racing and motorsport events after reviewing setbacks faced by the F1 contingent during the Indian GP. 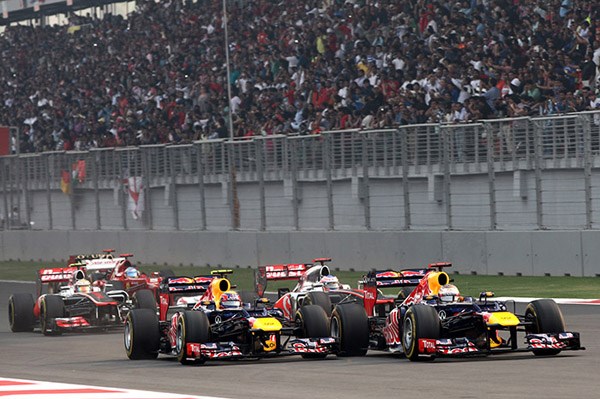 In a move that can be described as ‘too little, too late’, the government of India has modified the trade policy to ease the import of cars and motorcycles for racing events being held in India.

The struggles faced by the Formula 1 contingent during the Indian Grand Prix, especially the inaugural edition were well documented.

In a notification issued on Wednesday, the Directorate General of Foreign Trade (DGFT) said that instead of treating race equipment as any other cargo being imported into the country, the importer will instead be required to execute a bond with Customs with adequate security/surety to re-export the vehicle(s) within 30 days of the completion of the event.

Previously, event organisers Jaypee Sports ended up shelling out close to Rs 8 crore to import cars and equipment into the country for the Grand Prix to hold the event, as the Sports Ministry refused to grant any exception since it didn’t consider the GP as an event of ‘national importance’ or even a sport.

On the contrary, for motorsport events worldwide, the practice is to have a custom bonded area at the airport which would enable the F1 cargo to land and immediately be taken to the track where everything is assembled and dis-assembled, and then flown out of the country after the event. This is done on the premise that nothing is being imported into or exported out of the country, thus avoiding custom duty.

While the current modification in the import policy would suffice for international championships visiting India for one round, it remains to be seen how things would work if a competitor elects to import a race car to participate in an Indian championship, like the Indian Rally Championship which allows participation of foreign cars. In this case, the car will be required to stay in the country for longer than a month in order to compete in the entire championship.

The notification also added that vehicles imported via this route shall not be allowed to ply on public roads and can only be used within the enclosed premises with requisite safety precautions.

With Formula 1 and World Superbike championship giving India a miss this year – we will have to wait and watch when this new exemption will be exercised.