Lack of franchises and interest led to the decision, with UP polls acting as a timely catalyst. 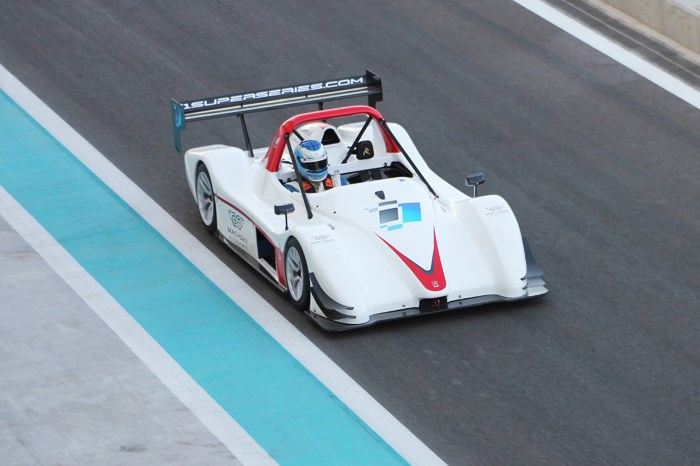 The most ambitious venture in Indian motorsport has failed to come to fruition as Machdar Motorsports, promoters of the i1 super series formally announced the postponement of the series to 2013.

It is no secret that the series was struggling to find takers willing to shell US$5 million (around Rs 24.5 crore) for each of the nine city-based franchises, since it was announced in August. The organisers did manage to put up a shakedown at the Yas Marina circuit in December with the participating drivers and Radical SR3 cars turning up, delivering the much-need boost of confidence. However, the much anticipated franchise announcement still didn’t take place, but Anjana Reddy - whose Deccan Chronicle group is backing the series, had seemed unfazed and said that even though it would have been ideal to have things in place by then, it was just a matter of time.

“The worldwide financial crunch hasn’t made matters any easier for us – but we are still fully committed and don’t want to rush into underselling as a last resort. We also don’t want investors who first commit and then decide to leave after the opening year as continuity is important to us”, she had told AUTOCAR INDIA during the pre-season test.

Unfortunately though, Reddy’s optimism proved to be short-lived as the series was soon forced to reduce the franchise cost to US$ 3.5 million (Rs 18.05 crore) in a last-ditch bid to lure investors into buying a team. As per our sources, only four of the nine franchises had been confirmed by then and critically only one had actually paid up the colossal sum.

A second reschedule soon followed, with elections in the state of Uttar Pradesh cited as the official reason which forced the organisers to push the entire calendar by three weeks. One could also see that it was timed rather well, since there was no way the series could have debuted in January with four franchises, the intervention affording the organisers more time to find willing investors.

With the new calendar spilling over into March, it was no longer an off-season winter series as projected earlier and in turn clashed with schedules of drives competing internationally as most pre-season tests and championships kick off around the same time. The drivers understandably chose to stick to the schedule of already contracted international championships over i1, leaving the series with a few top stars missing races. Not what a debuting series needs.

Commenting on the cancellation,  Darshan M, CEO, Machdar Motorsports said in press release, “It is unfortunate that we have had to postpone the i1 Supercar Series to next year but in the long term we feel this will benefit not only the series but motorsports in the country as well.”

“The change in race calendar due to polling in Uttar Pradesh was already affecting the availability of the international circuits as well participation of the key drivers in the series. This, along with the team owners request for more time, made this decision unavoidable.”

“We have taken this hard decision of postponing the series with the consent of all stakeholders involved in the series. They have extended their full support towards this decision as they realise that this has been taken with the league’s long term interests at heart. “, he added.

The organisers are hoping to ‘finally’ finalise the franchise and driver lineups by April this year, followed by promotional activity throughout the country to drum up excitement and make people more aware of the series’ existence during the course of the year.

Despite the parallels being drawn between the i1 and IPL – this is ultimately motorsport, still very much a niche in our country and cannot be compared to IPL which (even before its debut) needed little conscious publicity effort from the organisers. Ultimately, this lack of foresight has ended up costing them dear, and we hope that a year’s timeframe may allow them to gather their chips and start afresh once again.