F1 is hoping to scale up the production of 100 percent sustainable fuel for future use across the transport industry. 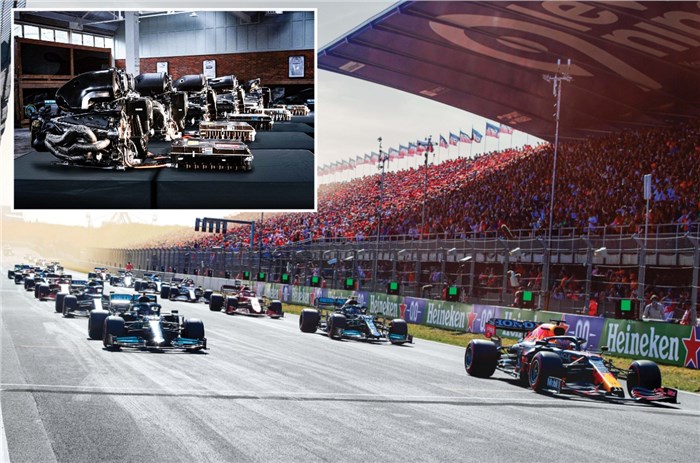 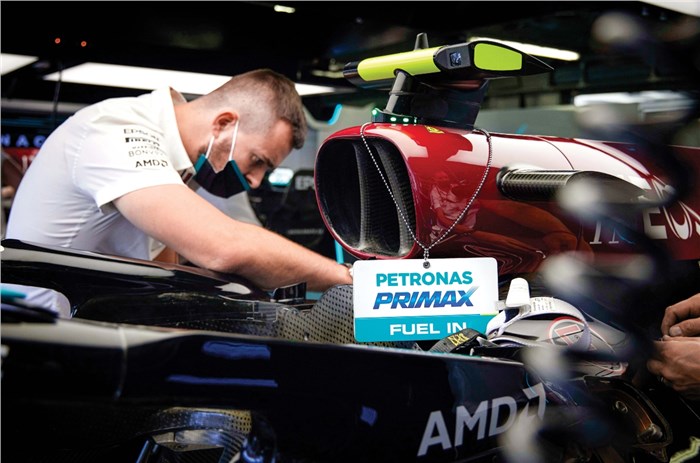 F1 is aiming for the next-generation of its engines to run on 100 percent sustainable fuel by the mid-2020s.

It’s an ambitious target, given the tight time frame. But as the world switches to electric power, should F1 achieve its target, it could very well be the key to keep the internal combustion engine (ICE) alive.

F1 doesn’t just want the new fuel to be sustainable , it also needs it to be high performance. The goal is to create a drop-in fuel, without having to modify the engines to run on it. So the cars should be just as fast as they are today.

As per F1’s statement, “the new fuel will also pack a punch worthy of the pinnacle of motorsport, matching the energy density of Formula 1’s current fossil fuel petrols.”

We’re in the middle of an electric revolution worldwide. Several countries have announced plans to ban the sale of petrol and diesel cars, while some of the biggest names in the auto industry, like Mercedes-Benz and Hyundai, have pledged to go all-electric.

But passenger vehicles are just a small part of the global emissions problem. ICEs will continue to be essential for air and sea travel, heavy goods vehicles and more. And then you have countries like India, where the automotive market will continue to be dominated by ICE vehicles, at least for the foreseeable future.

F1’s studies estimate  that by 2030, fully  electric vehicles will only make up eight percent of the 1.8 billion cars predicted to be on the road. This means that over 1.6 billion cars around the world will still rely on internal combustion.

F1 has always been a test bed for technology that trickles down to road cars. Similarly, the championship is working with fuel companies to scale up the production of these new fuels and make them available to the wider transport industry.

“The techniques that we will hone and make more efficient and mainstream to produce our fuels are exactly the same techniques that can produce the fuel for trucks, for trains, for aircraft, even if those fuels are slightly different,” Pat Symonds, F1’s Chief Technical Officer, said in a statement.

How will F1’s sustainable fuel be made?

There are a few routes that F1 is looking at for this new generation of sustainable fuels. The first is either municipal waste or non-food biomass, which could make use of things like agricultural waste, algae and non-food crops that are grown on land deemed unsuitable  for food production.

The second route is carbon capture, wherein the cars could theoretically be powered by drawing CO2 from the atmosphere. The technology is still in its infancy, but could make for a fascinating development for the automotive industry. “Carbon  capture is a method that actually we’re quite keen on because it takes the carbon directly out of the air. It’s in its infancy, but there are plants doing it,” says Symonds.

“So it is doable, and I think in 20 years’ time, actually there'll be quite a lot of it around. But it is very, very experimental,” he adds.

Yes, vehicles running on sustainable fuels will still emit CO2. But, as Symonds explains,  “We’re not producing  any CO2 that is not  already in the atmosphere at the moment; we’re taking it out of the atmosphere, we’re using  it, and we’re putting it  back in the atmosphere.”

Simply put, you’re achieving a balance between the carbon removed from the atmosphere and the carbon emitted. F1 claims these new fuels will result in a greenhouse gas emissions savings of at least 65 percent compared to fossil-derived petrol.

EVs aren’t zero emissions vehicles either once you consider the mining of raw materials for the batteries, disposal of the batteries, etc. Additionally, several countries – like India – still generate the majority of their electricity from thermal plants. “When you fix one problem, another problem comes up,” Lewis Hamilton said, while speaking with Autocar India. “Like battery technology, for example, the biodiversity that’s destroyed in mining for that stuff is another big problem.  So we’re constantly going to be faced with those challenges, but technology is moving forwards heavily.”

And while that technology evolves, sustainable fuels could very well be the best interim solution. There’s no magic wand that can be waved to create the perfect sustainable fuel, so F1 has a tough task at hand. Should it succeed, though, it could find itself reasserting its relevance to the overall automotive industry.