Goncalves will make his racing debut for the team at the 2019 Silkway Rally to be held in July. 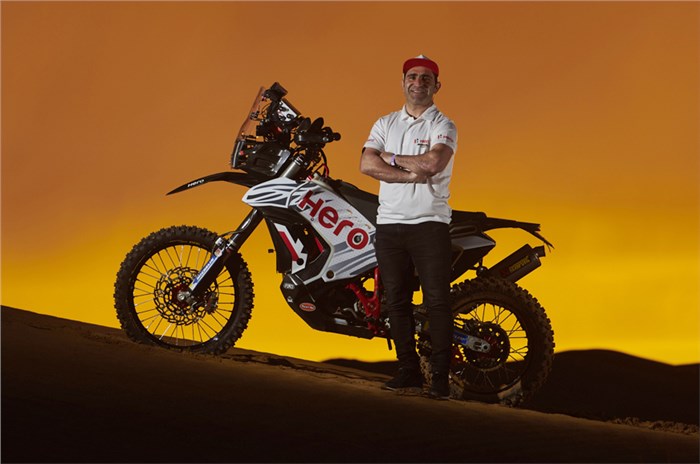 Hero MotoSports Team Rally has confirmed that Portuguese rider Paulo Goncalves will be joining the team as its fourth rider. He will make his debut for the team at the upcoming 2019 Silkway Rally that will be held from July 6-16. The ninth edition of the rally will feature a brand-new route that'll have participants make their way from Russia to Mongolia before a final chapter in China’s Gobi desert.

Goncalves has over 12 years of rally-racing experience under his belt and was crowned the FIM Cross Country Rally World Champion in 2013 and finishing 2nd in the 2015 Dakar Rally. He will partner with Hero MotoSports’ existing riders – CS Santosh, Joaquim Rodrigues and Oriol Mena.

“First of all, I want to express my thanks to Hero MotoSports for showing their trust in me by letting me be a part of this amazing rally project. I am very happy to start this new journey and I hope to contribute to the team’s aim of improving our performance in the rally sport,” said Goncalves,

“I promise to give it my all to be ready and fit to be able to fight for the top positions for my team. Hero MotoSports has been doing a really good job in the last couple of seasons and this young team has shown that it has the potential to win big. I would like to play my part in bringing these wins to the team.”

This announcement comes on the back of the team’s recent success at the 2019 Merzouga Rally where Mena put in a consistently strong performance to finish on the podium in 3rd place, while Rodrigues finished just behind him in 4th. The team will be looking to further build on this momentum with the signing of Goncalves.

Dr. Markus Braunsperger, CTO – Hero MotoCorp and Head – Hero MotoSports said: “In a short span of three years, the team has delivered some impressive results, and now with Paulo’s wealth of experience, there are no doubts that we will be able to lift our performance in every aspect of the rally sport. Paulo’s move also provides acknowledgement to the fact that we have been able to establish ourselves as a sought-after team for the top talent in the sport.”