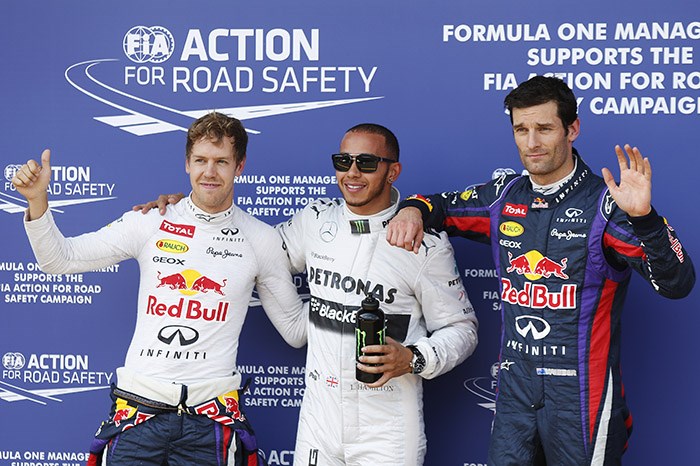 Lewis Hamilton beat Sebastian Vettel in the German Grand Prix pole fight, as his Mercedes team-mate Nico Rosberg did not even make Q3.

Hamilton had held provisional pole on a 1m29.540s after the first Q3 runs, with Vettel going 0.039s quicker before the Mercedes responded and beat him.

Mercedes appeared to make a simple miscalculation with Rosberg, believing his early Q2 time - good enough for second when it was set - would be sufficient.

But the second half of the field was shaken right up when nearly everyone improved in final seconds, and as the likes of Jenson Button, Daniel Ricciardo and Nico Hulkenberg squeezed into the top 10, Rosberg was pushed out.

Ferrari opted out of the pole fight. Felipe Massa and Fernando Alonso ran medium tyres in Q3 rather than the faster softs and ended up on row four.

McLaren's Button followed the same tactic in ninth and did not do a Q3 flying lap. Hulkenberg reached Q3 for Sauber and followed suit.

Sergio Perez looked in danger of getting knocked out in Q1 at one stage, so his eventual 13th place was not as bad as it might have been. His McLaren will share row seven with compatriot Esteban Gutierrez's Sauber.

Williams joined Caterham and Marussia in the bottom six.