Force India likely to be rebranded as Aston Martin Racing

Aston Martin to return to F1 racing after its brief previous foray in 1959-60. 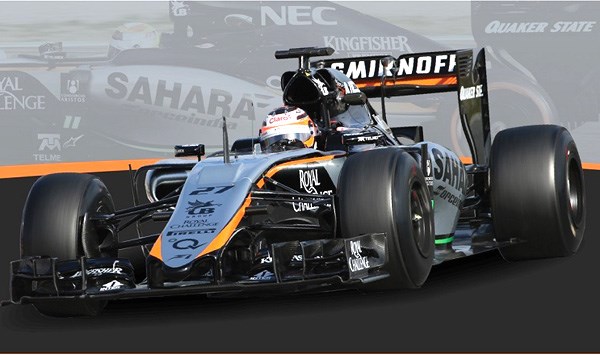 The Force India Formula 1 team is closing on a deal to be rebranded as Aston Martin Racing next season – a move that will bring the British sportscar manufacturer back to F1, over half a century after its previous brief foray in 1959 and 1960.

Aston Martin wants to have a presence in F1 to take on sportscar rivals McLaren and Ferrari on track as well as off. It previously discussed a return to F1 in a tie-up with Red Bull as well as holding talks with Williams and Force India, before ultimately deciding to focus on the latter.

Alongside the team name change, it is understood the livery will become blue and gold as part of a link-up with sponsor Johnnie Walker. Aston Martin will receive branding on the car while there be synergy on R&D to allow for significant technology transfer from F1 to its road car business. Force India's engine supplier Mercedes, which owns five per cent of Aston Martin, is said to have given its blessing to such an arrangement.

Force India team principal Vijay Mallya said: "If tomorrow someone comes and offers me a good sum of money for title sponsorship, I'll seek the team name. If the marque comes along and I have to change the team name, I have to look at what it does for the team in terms of profile. It's premature to talk about it now, but we're talking. Nothing is done until it's done. I don't like to count my chickens until they are hatched."

A Force India spokesman said: "We continue to have a number of discussions about 2016 and beyond with both our current and new partners who see a commercial value in a relationship with Force India. When the time is right we will make suitable announcements in conjunction with our commercial partners. The future remains very bright for the team."

Force India will need to apply to F1's commercial rights holder to get approval for a name change, but such permission is believed to be a formality.