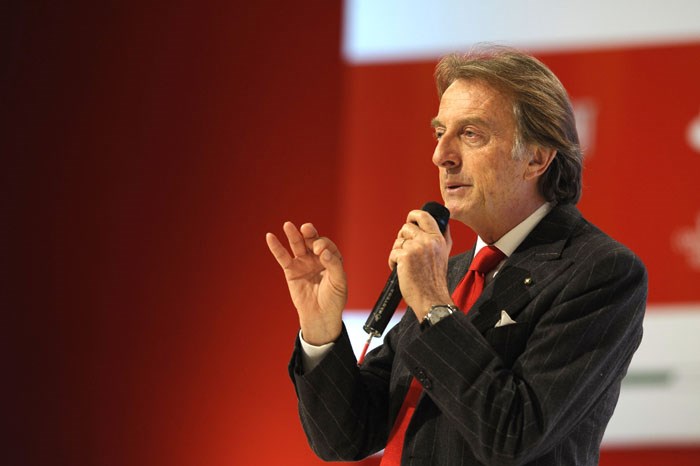 Ferrari is pushing for an increase in testing in Formula 1, with its president Luca di Montezemolo claiming that it is crucial for the development of young drivers.

From 2009-2011, in-season testing was banned outright with pre-season running heavily limited. In 2012, there will be one test at Mugello on May 1-3, following the early-season flyways. But there is no net increase in test days as these were taken from the usual pre-season allocation of 15.

Di Montezmolo underlined that he is still in favour of test restrictions, but that the current limits are too harsh and prevent rising stars from being properly evaluated.

"I was in favour of reducing the number of tests because we went too far [before]," he said. "But there has to be something in the middle. It is strange that one of the most professional sports in the world doesn't allow the players to practice.

"This is bad for our drivers. We have the Ferrari Academy, with some potentially good new drivers and I can't make them race GT cars or a go-kart. Giancarlo Fisichella is a good driver in F1 but when he went to GTs, for the first three or four races Gianmaria Bruni and Jaime Melo were far quicker in the Ferrari 458. It's different to a single-seater."

Di Montezemolo also questioned the effectiveness of such rigid test restrictions in terms of cost saving, pointing out that Ferrari agreed to restrictions because of the financial struggles of the smaller teams in F1. Ferrari has also had to invest heavily in new technology such as simulators to replace track time.

The simulator is one area in which Ferrari is believed to be a little less advanced than some of its rivals, despite making huge progress in recent years. That means that it's likely that the team would benefit from increased running in terms of car development. Despite that, di Montzemolo denied that Ferrari's on-site track, Fiorano, would be a major advantage as it is no longer suitable for F1 testing.

"I'm not allowed to test in Fiorano, but I'm forced to invest a huge amount of money in the simulator," he said. "You can see that the simulator is like a building.

"And Fiorano is not an advantage any longer because it has become a go-kart track. Mugello is fantastic, but not Fiorano [for F1 testing]."

Di Montezemolo added that testing also offers teams the opportunity to entertain corporate guests outside of race weekends, something that is crucial to the economic health of the outfits.

He believes that further tests would also boost media coverage between races.

"We are facing a big crisis and we have to give value to the sponsors," said di Montzemolo. "Testing is a possibility to organise events and entertain clients outside the races. F1 must be marketing oriented.

"We have 100 circuits in Europe without being allowed to test. In Italy, we could race at Monza and test at Mugello, for example, or in Britain race at Silverstone and test at Brands Hatch.

"It would also be good to have more presence for F1 on TV and in the media as well as for sponsors and for the tracks."