F1’s new rule changes target cutting costs and promoting sustainability as it attempts to bounce back from COVID-19 related disruptions. 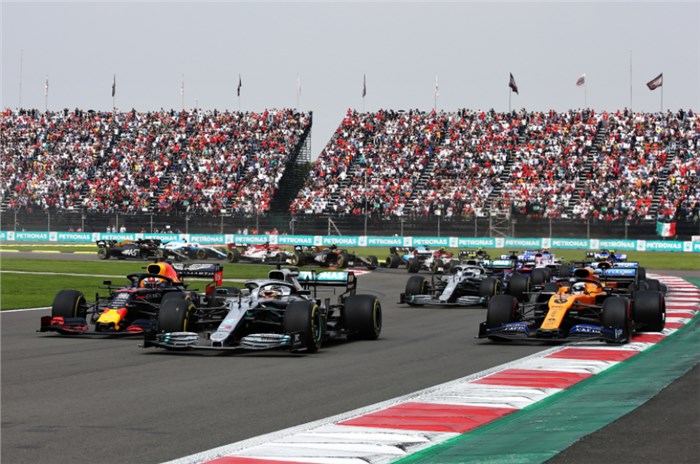 Formula 1’s governing body, the FIA, has approved some key changes to the series’ regulations that will be applicable from next year onwards, including a reduced cost cap and the introduction of a new sliding scale rule for aerodynamic testing.

We break down what all these changes mean for the future of Formula 1:

The COVID-19 pandemic, and the disruptions it has caused to F1’s 2020 season, already resulted in the postponement of the new technical regulations by a year to 2022. However, the introduction of the new financial rules will go ahead as planned in 2021 and this includes the introduction of a cost cap for all the teams.

A lower cost cap means the bigger teams like Mercedes, Ferrari and Red Bull – who have significantly larger workforces than the independent teams – will have to adjust the size and scale of their operations going ahead.

The cost cap will apply to anything that covers on-track performance, but will exclude marketing costs as well as salaries of drivers and the top three personnel on the team. The FIA has also made exemptions for employees’ sick leave, costs of medical benefits, etc., to ensure that teams don’t cut costs in these areas to stick to the cost cap.

Another key rule change is the introduction of a new sliding scale for aerodynamic development from next year, with the hopes that it will prevent the bigger teams from gaining a significant advantage over the smaller, independent teams.

Explained simply, starting from next year, the lower a team finishes in the constructors’ championship, the more wind tunnel time it will be allowed to use to develop its car. So the bigger teams are going to have to figure out ways to use their wind tunnel and CFD (Computational Fluid Dynamics) time even more efficiently than before.

The scale will be based on the championship position at the end of the previous season and then reset on June 30 each year.

For next year, teams will have to trim part of the car’s floor to reduce the downforce created, mainly so that a new tyre compound will not be needed for next season, before a switch to 18-inch tyres in 2022.

The FIA also introduced some other tweaks to cut costs and promote sustainability.