New engines to be greener 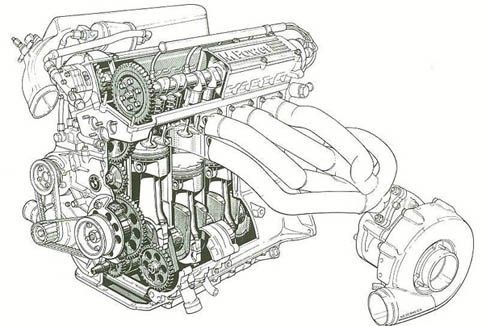 Soon we can all say goodbye to the high-revving V8s currently shrieking their way around the world's Formula One circuits. F1 has officially enacted new rules that require all teams to run a new turbocharged 1.6-liter four-cylinder engine design by 2013. In addition, the maximum engine speed will be reduced from the current 18,000 rpm to a maximum of 12,000 rpm.

All told, the changes are expected to allow the vehicles to use around 35 percent less fuel than the outgoing eight-pots, even while churning out very similar power numbers. While neither the FIA nor F1 organizers are willing to throw out any solid numbers, there is word that the engines will use high-pressure gasoline injectors that can dump fuel into the combustion chamber at up to 7,251 psi.

Interestingly enough, F1 is also moving to limit the number of engines (again) that a team can use during a season. Right now, the rules allow for a stable of eight engines, though by 2013, that number will drop to five before falling to four soon after. That would mean on top of nabbing better fuel economy and yielding high power, the new lumps will need to be stout enough to take the abuse of multiple races without popping. Here's to the future.