F1: Rosberg says he 'would do it again' 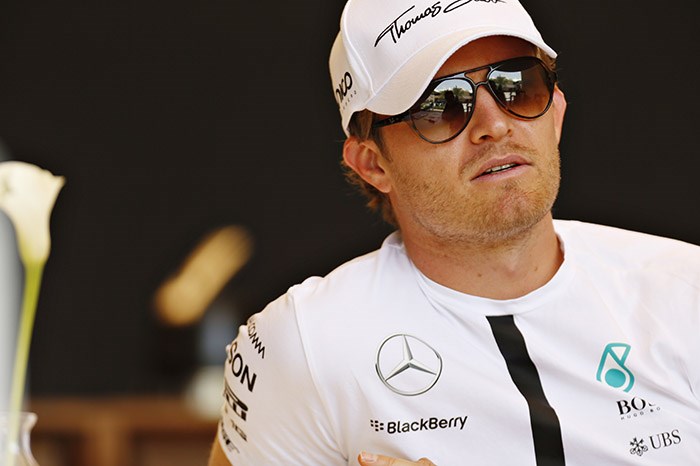 Nico Rosberg says he would speak out again after a Formula 1 race like he did at the Chinese Grand Prix if he felt there was an issue that needed to be discussed.

The Mercedes driver caused a stir following Sunday's race at the Shanghai circuit when he called team-mate Lewis Hamilton's race tactics into question, which led to a meeting with team management that evening to clear the air between the drivers.

Rosberg backed Hamilton's claim that the matter has been resolved, but he told the media on Thursday that he feels he was right to bring it up in the first place.

"I felt the need to state the facts because there was the need to discuss things, definitely, after the race," said Rosberg.

"Everybody saw that need, not only me. I would do it again.

"I wouldn't do anything differently, and for me, except for discussing it with you, it's a thing of the past.

"We discussed it on Sunday evening and then everything was cleared and clarified.

"The team leaders, I found, did a very constructive meeting so from then on that was good."

Rosberg added that the issue of how to manage races between him and Hamilton would continue to be difficult for Mercedes due to the threat of Ferrari, which won the Malaysian Grand Prix with Sebastian Vettel.

"These things are not black and white - it's going to be different from one scenario to the next," he said.

"We have agreed that when the team's one-two is at risk from another team then some measures will be used to ensure that result.

"That might mean an advantage for one driver or the other. It's a team effort.

"So the more annoying Ferrari becomes, like Sebastian in China, then the more those measures will be used."

Hamilton said that both he and Rosberg were mature enough to move on from any disagreement over what happened in China.

"It was something we spoke about after the race, I don't see a reason to go back into it," said the reigning world champion.

"There is no issue between me and Nico, we had a chat this morning.

"There will be times when people are unhappy about something but we're grown-ups and we will move past it.

"I do my talking on the track, it's how it's always been since I was eight years old.

"Naturally you try to learn from decisions you make and experience you've had, and hopefully you get better."