After admitting post the Austrian Grand Prix that it would be impossible to close up the gap to Mercedes, the team has shifted its focus to be more competitive in 2015. 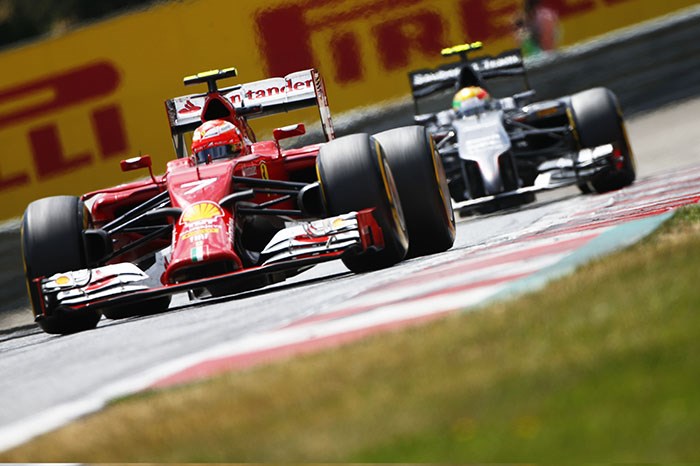 Ferrari is adamant that it knows what needs to be done to get itself back to the front of the Formula 1 grid.

With the team having admitted after the Austrian Grand Prix that it would be impossible to close the gap to Mercedes, its focus is very much on ensuring that it is more competitive in 2015.

New team boss Marco Mattiacci has spent his first few months in charge analysing the current structure, and spoke to the team ahead of the Austrian GP to outline his vision.

When asked by AUTOSPORT about what he had told Ferrari's staff and what his plan was, Mattiacci said: "After Canada it was important to get together, to talk, to clear the air and to understand that there is a clear direction in understanding what our weaknesses are.

"There is a leadership that is working to fill up those weaknesses. But in terms of master plan, or strategy plan, the key points we will keep to ourselves.

"I will not give an advantage to the opponents."

Although Ferrari is having a tough season, Fernando Alonso says that progress is being made, even though a major competitive leap forward is unlikely.

"We did make some progress in the car," he said. "But it's difficult to judge what the others are doing and how much they improve as well. There's nothing we can do [about that].

"We need to work hard and to work better than the others and to close the gap on Mercedes, who are the reference point.

"All the other teams will go up and down, including us, but hopefully we have the resources, we have the technology to make extra progress compared to the others."

ENGINE NOT ONLY PROBLEM

The dominance by Mercedes-powered teams on recent high-speed tracks has confirmed that the German car manufacturer's engine is the benchmark in F1 at the moment.

Ferrari's power unit is widely believed to be heavier and have less power than the Mercedes, something that can only realistically be addressed this winter.

When asked if he believed the engine was the main weakness in the Ferrari package, Mattiacci said: "I think Ferrari at the moment is not doing a better job than Mercedes.

"I don't want to point the figure at any specific area because it will not be fair because I don't think the engine is the only issue.

"It is the overall package that is not as competitive as Mercedes. It is clear that Mercedes did a good job with the power unit."