Both Paul Di Resta and Adrian Sutil finished in the top 10 to secure the team’s first double points’ finish since June this year. 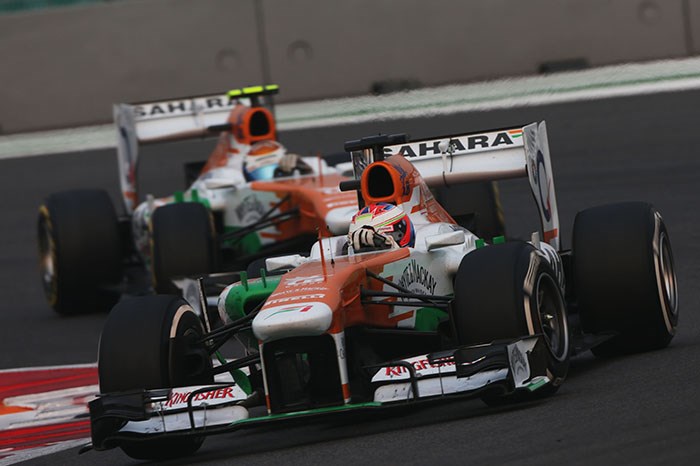 The team’s home event marked its first double points finish since the British Grand Prix at Silverstone in June.

The two drivers chose starkly different strategies for the race, but still ended up finishing with two seconds of each other at the flag.

Having started on soft tyres, Di Resta pitted at the end of the opening lap to switch to mediums and completed 30 laps before taking on another set of mediums to the flag. Sutil in contrast, went with a riskier one-stop strategy – completing a mammoth 41 laps on the set of mediums he had started the race on, and switching to soft tyres to finish just under two seconds behind his teammate.

Team principal Vijay Mallya, elated with the result, commented “Like everybody I am delighted to see both Sahara Force India cars score points in our home race. That’s the goal we set ourselves ahead of the weekend and the six points scored are very important for strengthening our position in the Constructors’ Championship.

“The second half of the season has been challenging for us, but today we showed that we never give up and that all the recent hard work has paid off. I want to congratulate the engineers for making the right calls with the strategy, the drivers for their strong performances, and the mechanics for consistently quick pit stops. With just three races remaining this season, there is plenty to play for and we will go to Abu Dhabi determined to keep up this momentum.”