The move was agreed by the F1 Strategy Group and the Formula One Commission at a meeting in Paris on Monday. 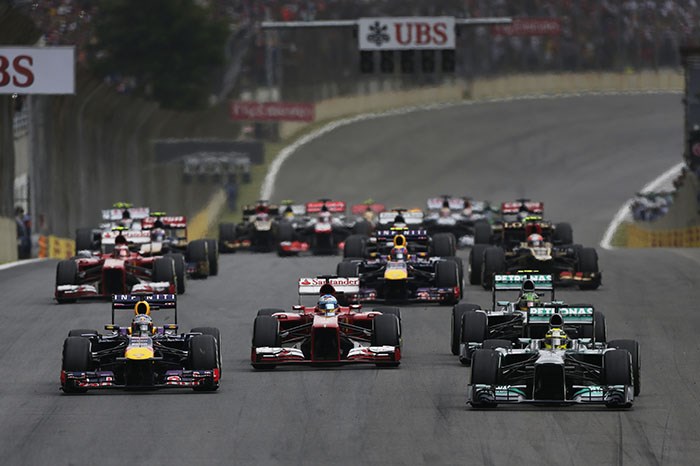 Formula 1 will award double points for its final round from the 2014 season in an effort to keep championship battles open longer.

The move was agreed by the F1 Strategy Group and the Formula One Commission at a meeting in Paris on Monday.

It will automatically become part of the regulations as the FIA World Motor Sport Council agreed last week to give the Strategy Group and Commission a mandate to agree rule changes on this occasion.

An FIA statement said that the change had been agreed "in order to maximise focus on the championship until the end of the campaign".

It applies to both the drivers' and constructors' championships, and means that the winner of the final grand prix next year will get 50 points, with 36 for second place and so on through the top 10.

Had that system been in place in recent years, it would have changed the outcome of both the 2012 and '08 title fights.

But under the new system, Alonso's second place at Interlagos last year would have given him enough points to leapfrog Vettel, while Massa's 2008 Brazilian GP victory would have denied Hamilton the championship on that occasion.