Two detection zones will be placed 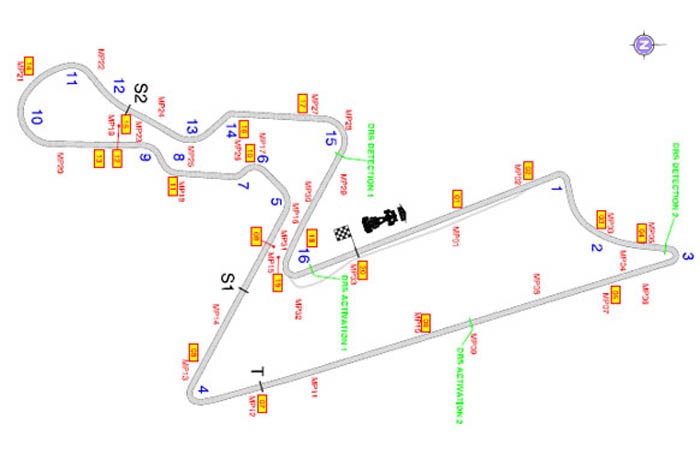 The FIA has revealed the DRS zones for the upcoming Indian Grand Prix, which will see the return of a double area for use of the device.

The second DRS zone will be placed 16m before Turn 3 (detection) and 510m after the same corner (activation), which will give drivers more than half of the longer straight to overtake rivals.