C S Santosh to be first Indian at Dakar 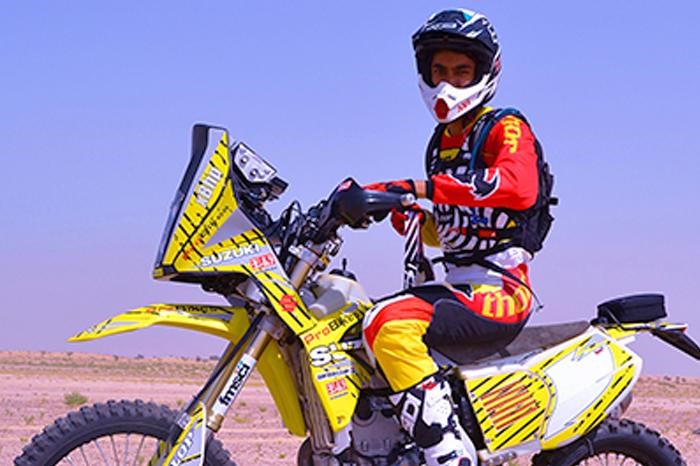 C S Santosh has already proved himself on the national circuit, winning virtually every Indian off-road biking event there is worth attempting. Having done so, Santosh, a longstanding Bloomberg Autocar Awards jury member for all two-wheeler categories, is now on his way to make motorsports history.

Santosh will be making his debut in the challenging Dakar rally in January, making him the first Indian rider to do so. The Dakar Rally is acknowledged as the pinnacle of endurance racing in the world. 31-year-old Santosh has already earned himself the distinction of being a multiple Indian motocross national champion, Raid De Himalaya winner (2012) and Desert Storm winner, apart from numerous other accomplishments in his field.

Rising against the odds, Santosh will go to Dakar 2015, riding a KTM 450 Rally bike, sponsored by Red Bull, apart from other supporters in the form of PB Racing Pune, from the S Balan Group. Speaking to the champion, it was evident that half his battle has been to get to the Dakar, a big challenge that starts well before the race day - preparing and practicing, apart from the behind the scenes work to get more corporate sponsorship. Most of the Indian motoring companies, unfortunately, shy away from making any serious commitment to motorsports. Santosh will leave India to race the Dakar early January 2015.

Santosh is also known for doing his bit to help upcoming, like-minded enthusiasts through his impressive off-road riding coaching facility, caled 'Big Rock', located in the outskirts of Bengaluru.