Rubens Barrichello says Felipe Massa needs to 'relax' to get out of his Formula 1 slump. 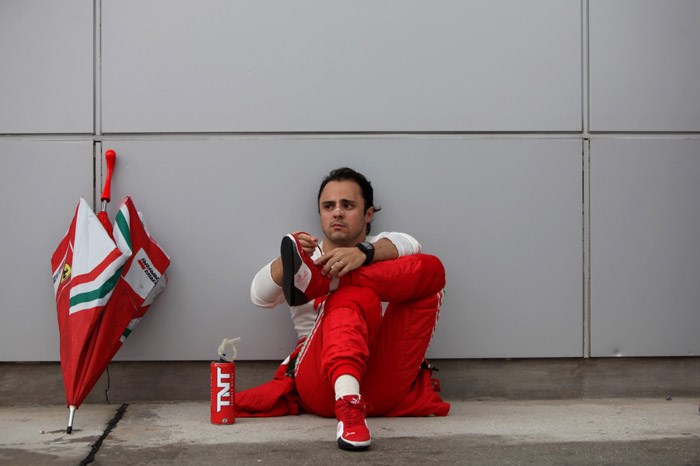 Felipe Massa will get himself back to his best in Formula 1 if he learns to relax and rediscovers the joy of being a racing driver.

That is the view of his friend and compatriot Rubens Barrichello, who believes that the key to Massa lifting himself out of the difficult situation he is in at the moment is in sorting out his mental attitude.

In an exclusive interview with Brazilian sports website Globoesporte.com, F1 driver turned IndyCar racer Barrichello says that getting in the right frame of mind was key to helping him out of problems in the past too.

"It isn't a speed problem, it's something that he has to solve himself," explained Barrichello. "He has to close his eyes, enjoy himself and remember that he is doing this because he likes it.

"All of the times when I lost myself a little bit, I had forgotten that and reminded myself that I am doing this because I like it too. So [as drivers], we have to relax - and then we can improve. It's just a moment, and every moment in Formula 1 is a cycle of life."

Barrichello concedes, however, that Massa's plight is not helped by the fact that team-mate Fernando Alonso is so adored at Ferrari - especially now that he has taken a surprise lead in the world championship after his victory in Malaysia.

"Certainly, Ferrari has a love for Alonso, because he is one of the best, if not the best, in F1," said Barrichello. "So, Felipe has a tough hurdle to overcome."