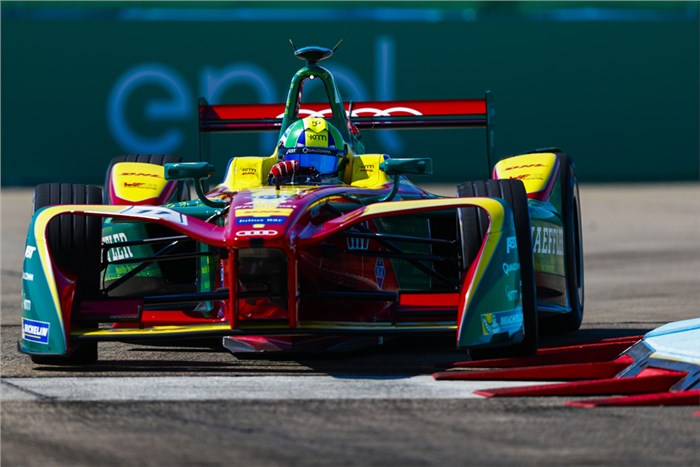 Audi has announced that it will field a factory team in the next Formula E season and has completed its takeover of the Abt squad. The team will be renamed as Audi Sport Abt Schaeffler. Lucas di Grassi and Daniel Abt are likely to be retained as drivers for the team.

Abt Schaeffler has been a continuously front-running team and has secured five wins since it entered in the series’ inaugural season. Currently, the team holds second position in the Constructors’ Championship and di Grassi holds second in the drivers’ title race.

Like Jaguar and its Formula E racing team, Audi has said that the developments made by the racing team will also benefit the development of their future electric road models. The carmaker’s first dedicated electric model, the e-tron SUV, is due to enter production in 2019. Audi is also preparing to produce an all-electric supercar.

Audi has boosted its involvement in Formula E, following its departure from the World Endurance Championship (WEC) and Le Mans, where it had raced in the top class for 18 years. Peter Mertens, Audi’s technical development boss, said, “We’ve been supporting the Formula E commitment with increasing intensity in recent months – on the race days, in the development of the new powertrain and in numerous off-track activities as well.”

The current season of Formula E is heading next to New York for a double-header weekend on July 15-16.