Another Dakar motorcyclist in critical condition

After JM Boero's fatal crash, another rider falls prey to the 2012 Dakar 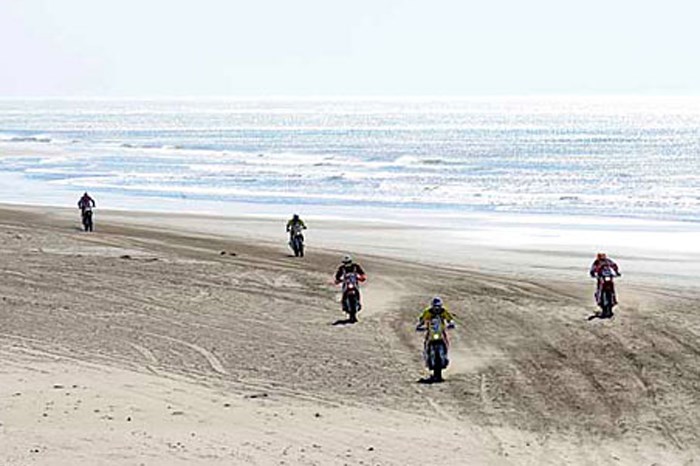 Hospital officials said that Coue apparently crashed during the second stage of the rally and was exposed to extreme heat for an unknown period of time before being found.As a result of over exposure to the sun and resulting dehydration his body temperature went well past 40-degree centigrade (normal body temperature being around 37.5 degrees)

"He was brought in critical condition," hospital director Armando Dauverne said."We don't know how long he was exposed to the sun. He is in intensive care right now."

Along with Boero who lost his life in competition, a father and son spectator duo also died on the first day when their ultralight plane went down while following the race.

This is the fourth consecutive year the event is being held in South America.

The rally was held in Europe and Africa until the 2008 race was cancelled because of fears of terrorism and moved to South America the next year.

However, the Dakar follows a different route this year, starting in Argentina, passing through Chile and finishing in Peru after covering over 8000 kilometres, adding another 3000 kilometres to the previous route which was a loop course from Buenos Aires to Chile and back to Buenos Aires.