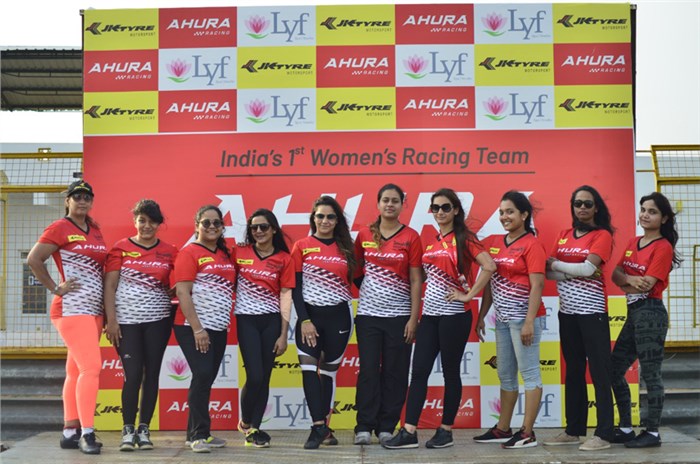 Ahura Racing has confirmed the six drivers that will be competing for its all-women team – Team Ahura – in the upcoming 2019 JK Tyre-FMSCI National Racing Championship (JKNRC). This will mark the team’s second outing in the series and it will once again field a total of six cars in the Formula LGB4 category.

As part of its selection process, Team Ahura conducted trials on a zonal basis in Gurgaon (North), Mumbai (Central Zone) and Bengaluru (South). Participants were taken through beginners’ and advanced training on karts in each zone before a final shootout in a Formula LGB4 car. The 20 fastest drivers from each zone then competed in the final selection process in Coimbatore, where the final six drivers were selected.

Natasha Puri won a fully sponsored drive for setting the fastest time in the selection process, while the second and third place finishers were each given subsidised drives. Joining Puri as part of the team are Shivani Gaurav, Anushriya Gulati, Ojasvi Mehta, Pragathi B and Aman Jubbal.

“We are delighted to welcome another all-women’s team into the racing family,” said Sanjay Sharma, Head-Motorsport, JK Tyre. “Last year, progress made by them added excitement to the competition. I am sure this year too they will make a huge impact. This is in tune with our continued policy of drawing young girls into motorsports.”

Additionally, three more female racers – all of whom were part of last year’s grid – are also expected to participate in the 2019 JKNRC with different teams, having received subsidised drives for this season.