Indian racer and X1Racing League co-founder Aditya Patel reflects on the series’ troublesome inaugural season, and sheds some light on what to expect going ahead. 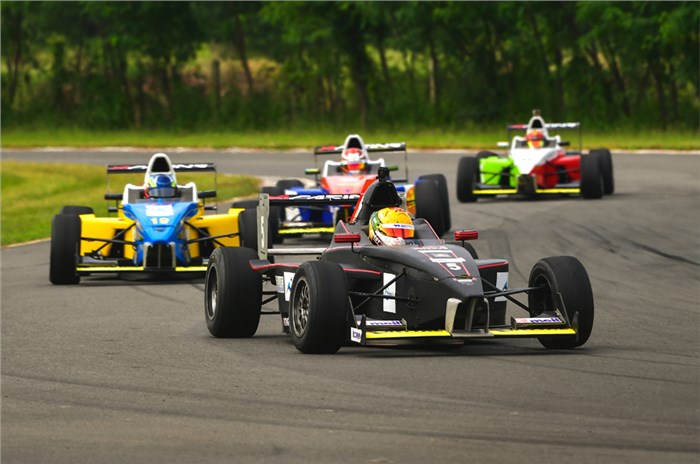 Indian racer and X1Racing League co-founder Aditya Patel has dubbed the series’ inaugural season a success despite its troubled start.

After setting very elaborate plans, cost restrictions resulted in a cut-back and chaotic maiden season where, unfortunately, the poorly maintained Formula BMW cars ended up being the main topic of discussion. The decade-old Formula BMW cars proved to be a poor match for the series. They were they ill-suited for the mandatory driver swaps and drivers faced issues with their cars. In fact, the final two races of the season saw just half the grid competing as teams were plagued with engine trouble and other mechanical issues.

You can read more in our report of the X1Racing League's inaugural season.

However, while speaking to Autocar India, Patel made it clear that he still believes the series has met its target in many ways. “We knew right from the start when we were going with these cars that there was going to be some criticism coming our way,” he said. “But we know that nobody has done this before. We needed to make a start, and as long as we have the drivers excited about it, as long as we have the teams excited about it, that’s all we wanted.”

Patel did, however, admit that the cars ended up being a major detractor. “As far as the car goes, we knew it was going to be a one-year thing. Unfortunately whatever happened with the cars on Sunday [at the final round] was really unforeseen. We didn’t see that coming, as such, because these cars have run before and really haven’t dealt with as many problems as we faced. That is the only thing that Armaan [Ebrahim, co-founder of the series] and I thought could have been different. But at these prices, these were pretty much the only cars in the world that [we] were really ready to go with,” he said.

“But overall, I think from the drivers’ feedback, everybody was happy with the racing, they enjoyed the formats.”

Now, with confirmation that the series won’t be going ahead with the same cars next season, Patel says organisers are looking at going down the sportscar route. Meanwhile, discussions with J Anand’s Coimbatore-based JA Motorsports for the next season's cars are also underway (the series was originally eyeing the company’s Inde 2.0 for the first season). However, Patel added that he’s not averse to the single-seater option either, even though the series will have to re-evaluate its format if it does go with this option.

Patel also shed some light on why costs had to be capped so significantly for the inaugural season – other than Narain Karthikeyan’s team NK Racing Chennai, none of the other teams have any motorsport background. As a result, Patel claims costs had to be limited (as much as possible) to help the teams acclimatise to motorsport, which has always been a costly business. “We had to bring the price down for all the teams to really be able to get people to get their hands into motorsports without them feeling the burn, being year one,” he said.

For next season, the series will continue to keep its costs low. This will have a major impact on the calendar, with Patel confirming that season two won’t feature any street circuits. The series was initially envisioned as a way to bring racing to the streets – to the people – by hosting races in several city hubs. But this idea was scrapped and the maiden season ended up being held across two weekends, instead – at the Buddh International Circuit (BIC) in Greater Noida and the Madras Motor Race Track (MMRT) on the outskirts of Chennai.

Explaining why next season won’t see the introduction of any street races, Patel said, “Not next year because we’re keeping the teams’ costs low for years one and two, to absolutely cement their understanding of motorsport initially. Because most of these teams come without a motorsport background, it’s very important that they understand the sport. And it does take time for them to do that before we can then really start to make it grow. And that was basically our discussion – year two, we go ahead with the same format; it will definitely help the owners understand the sport better, and then we can go ahead from there.”

The next season is expected to kick off at around the same time next year (so around end-November 2020), and while the series will stick to permanent tracks, organisers are looking at expanding the calendar.

Either way, the coming year will require X1Racing League organisers to take a step back, reflect on its inaugural season and make some much-needed changes if it hopes to achieve all its goals.