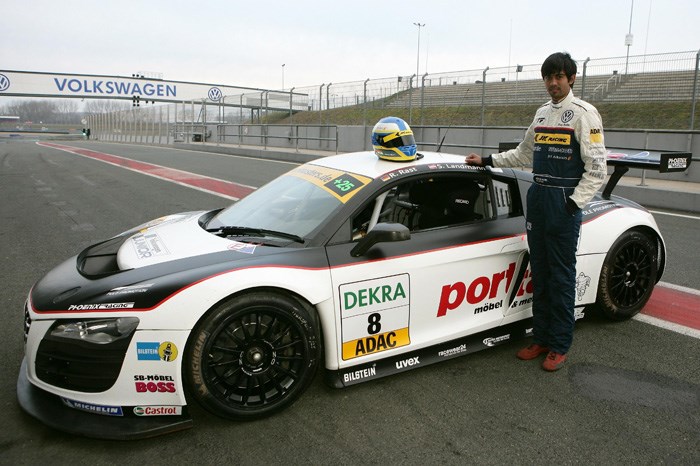 Aditya Patel became the first Indian driver to test the Audi R8 LMS for the upcoming season of ADAC GT Masters at the Oschersleben circuit in Germany. The first session saw Aditya putting in 15 laps followed by race simulations including a full 35-minute race distance run. It has been a rapid rise through the ranks for the Chennai-born driver, having made his international tin-top debut in 2009 in the German Volkswagen Polo Cup. In 2010 he graduated to VW Scirocco R-Cup and finished fifth overall in his second season this year, including a win and two podiums.

An obviously elated Aditya said, “The test was a big surprise for me. It´s almost like an early Christmas gift. I thought the car would be much harder to drive but it was super fun! I think I almost tested the limit of the car a little bit. Porsche Supercup champion Rene Rast and the engineers helped me understand the car before the first session and it was really useful.”

“I’m grateful to the Volkswagen group for giving me this opportunity. If I could drive the ADAC GT Masters or a GT3 Car in a championship next year, it would be a dream come true.”