2021 US GP: Verstappen holds off charging Hamilton to win in Austin

Verstappen made an aggressive strategy work to extend his F1 title lead over Hamilton. 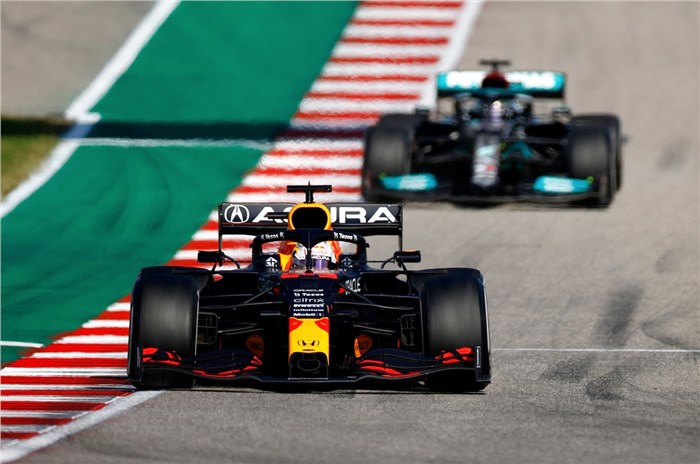 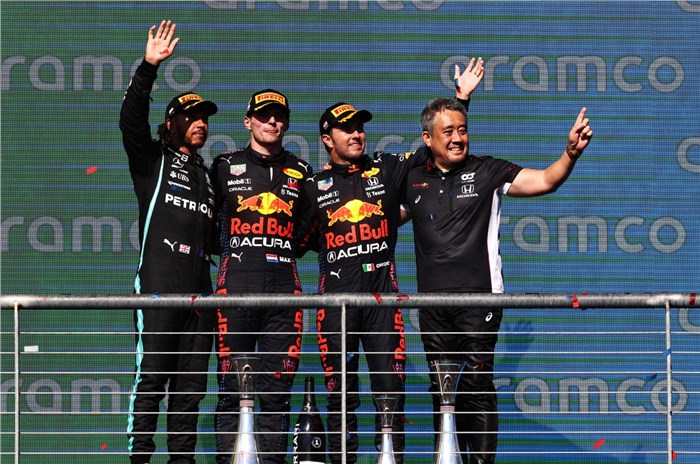 Max Verstappen kept a late-charging Lewis Hamilton at bay to win the 2021 United States GP and extend his championship lead to 12 points. Red Bull Racing picked a more aggressive strategy and were further rewarded, with Sergio Perez completing the podium in third place.

2021 US GP: Verstappen vs Hamilton

Hamilton had the better start of the two and moved into the lead through Turn 1. But Red Bull went for the undercut with Verstappen, pitting him on lap 11.

Hamilton pitted on lap 14 and rejoined the track in second place, over six seconds behind Verstappen. The two held position till the next round of pit stops, where Verstappen once again opted to go in early. Hamilton pitted for fresh tyres a whole eight laps later, with his team telling him “It’s all about the last three laps.”

The gap between the two title rivals started to shrink and with five laps to go, there was just 1.7sec separating the two. Hamilton had DRS on the final lap, but Verstappen was able to hold on to take victory by a slender 1.3sec margin.

"We lost out in the start, so we had to try and do something else, but the tyre wear is quite high around this track, so we did go aggressive and I was not sure it was going to work. But yes, the last few laps were fun. A bit sideways through the high-speed corners but super happy, of course, to hang on,” Verstappen said after the race.

Perez finished third, albeit a lengthy 42.2sec behind his teammate Verstappen. Nevertheless, his podium finish hands Red Bull Racing some valuable points for their constructors’ championship duel with Mercedes.

Charles Leclerc was fourth, ahead of Daniel Ricciardo. Valtteri Bottas ended up sixth, with Mercedes’ strategy to keep him out longer than his Ferrari and McLaren rivals working in his favour.

Carlos Sainz had to settle for seventh place, after Bottas’ late pass on him. He was followed by McLaren’s Lando Norris, AlphaTauri’s Yuki Tsunoda and Aston Martin’s Sebastian Vettel, who rounded out the top 10.

With his latest victory, Verstappen moves 12 points clear of Hamilton in the title fight. There are still five more rounds to go and next up is the Mexican GP on November 8.