The two firms confirm a 50/50 union to create one of world's largest automotive groups. 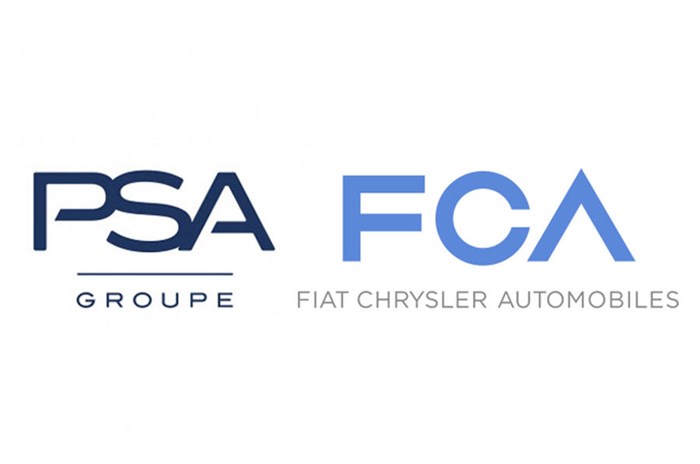 The PSA Group and Fiat Chrysler Automobiles (FCA) have confirmed plans to merge on a 50/50 basis, confirming prior news that the two companies were in discussions regarding such a move. Both firms have now said that the discussions would be finalised “in the coming weeks” to reach a binding Memorandum of Understanding (MoU), which will create one of the world's largest automotive groups. They added that the “combined entity would leverage its strong global R&D footprint and ecosystem to foster innovation and meet these challenges with speed and capital efficiency.”

The likely merger will create a car giant worth around 4.6 billion Euros and encompass some of the world’s biggest car brands. FCA owns Fiat, Jeep, Alfa Romeo, Maserati, Ram, Lancia and Chrysler, while the PSA stable comprises Peugeot, Citroën, DS and Vauxhall-Opel. The deal would create the fourth-largest car manufacturer globally, in terms of annual sales – at about 87 lakh vehicles behind Volkswagen Group, Toyota and the Renault-Nissan-Mitsubishi alliance, as well as revenues of 170 billion Euros and a recurring operating profit of over 11 billion Euros.

Today’s announcement also stated there are estimated synergies of 3.7 billion Euros annually “without any plant closures resulting from the transaction.” This would come from a more efficient allocation of resources for major investments in vehicle platforms, powertrains and technology, as well as purchasing power. The two firms projected that 80 percent of the synergies would be achieved after four years.

FCA and PSA shareholders will each take a 50 percent stake in a new Dutch parent company, under the proposals, with the governance structure balanced between the two firms. The board members would comprise five nominated by FCA and five by PSA. Current FCA chairman John Elkann will become the chairman of the new firm, while Groupe PSA boss Carlos Tavares would become the CEO, standing on an initial five-year term.

PSA Group chief Carlos Tavares is famous for cutting costs – for example, turning Vauxhall into profit in under 12 months of taking ownership – and PSA and FCA claimed the merger would make “among the highest margins in the markets where it would operate,” based on FCA’s strength in the Americas and Groupe PSA’s in Europe.

In addition to broadening the global reach of both firms, the merger will also mean that the new entity will comprehensively cover all areas of the market including luxury, premium, mass-market, trucks and light commercial vehicles.

FCA has already been in the news this year, where mergers are concerned. The carmaker held extended talks with Groupe Renault over a possible partnership. However, those talks broke down after the two firms could not reach an agreement. This was thought to be hampered by Renault’s alliance with Nissan and the French government.

Tavares led the purchase of Vauxhall-Opel and has been keen to expand the firm for some time now, either through partnership or further acquisition. PSA is understood to have previously looked at buying Jaguar Land Rover.

What will be interesting to see is how the merger pans out in India. PSA-owned Citroën is set to make its India entry in 2021 with the C5 Aircross SUV, while FCA is represented in India by Jeep. Common sourcing is an expected area of cooperation but further down the road there could be more synergies too. Jeep’s expertise in SUVs could be an asset for Citroën in India while FCA could also benefit from a plant under the new entity. At present, Jeep models are produced at Ranjangaon, Maharashtra at a plant co-owned by FCA and Tata Motors.