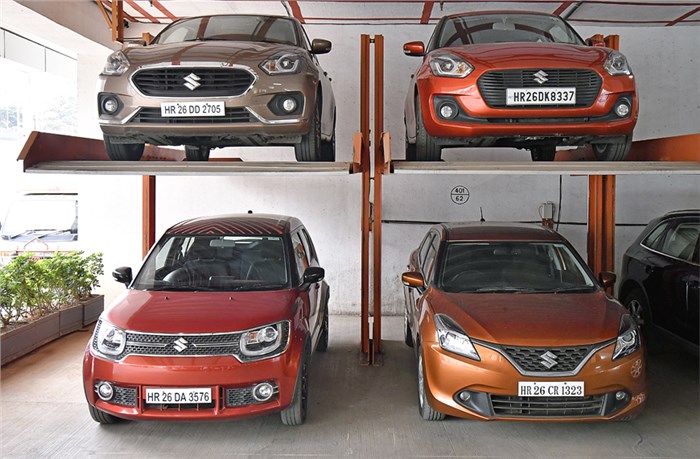 The country's largest carmaker Maruti Suzuki has registered its highest-ever domestic sales in the financial year ending 2017-18 (Apr-Mar). The automaker announced record volumes of 17,79,574 units, up 13.4 percent year-on-year from 1,568,603 in the previous fiscal.

Of the total, domestic passenger vehicles sales were at 16,43,467 units, a growth of 13.8 percent from the 14,43,641 sold last fiscal. In March 2018, Maruti sold 1,47,170 units, up 15.3 percent year-on-year. Growth was achieved on the back of high demand for models such as Vitara Brezza, Dzire and Baleno, among others. Going ahead, the all-new Swift – which has received an upbeat response of over 1,00,000 bookings, so far – is expected to further bolster Maruti's volumes.

However, sales of the Ciaz premium sedan slid 8.6 percent to 58,913 units during the fiscal. Volumes were down 12.1 percent to 4,321 units in March. The new Hyundai Verna and the Honda City are giving it a tough time; and the fight is only set to become fiercer once Toyota introduces its Yaris sedan in India in May 2018.

Interestingly, on the cumulative sales front, Maruti's total sales are just 2,20,426 units shy of the two million mark – which is the number of new cars Maruti Suzuki has said it plans to sell by 2020. From the looks of it, that milestone could be attained before 2020 arrives.

The detailed statistics of Maruti Suzuki India's sales performance in March 2018 and in FY2018 are depicted below: 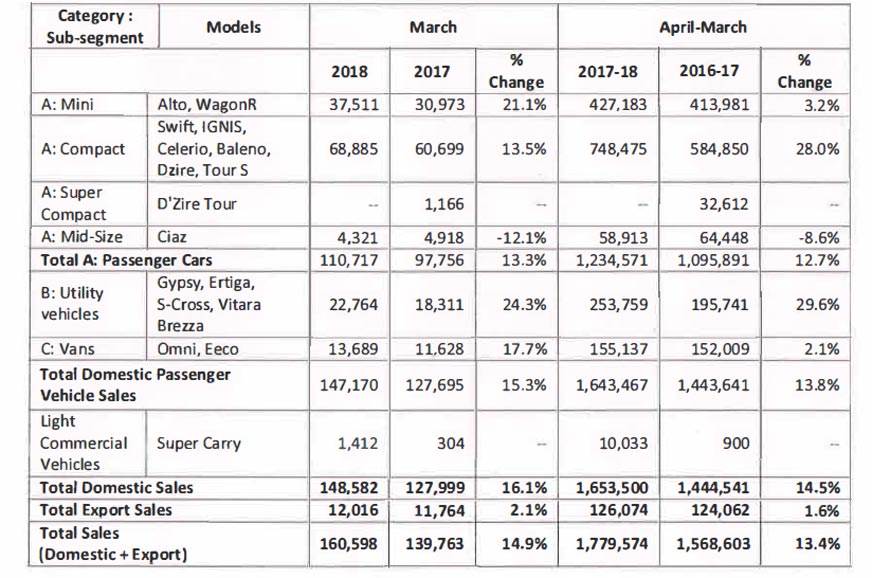