Easing battery costs and higher localisation expected to bring about the price reduction. 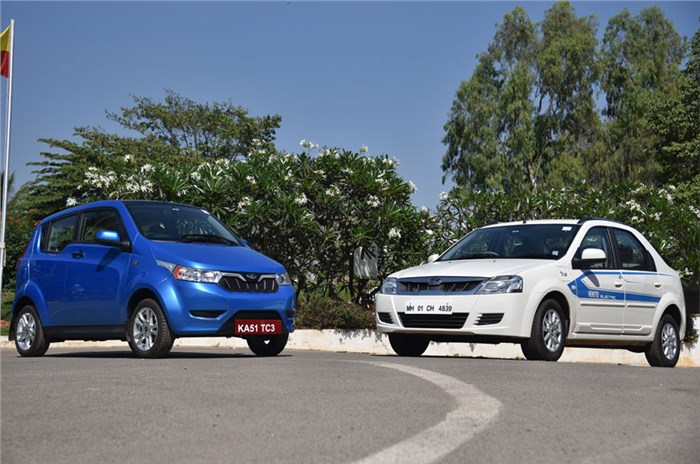 Electric vehicles in India are likely to get cheaper by around 20 percent in the next two years due to a drop in battery costs and also with manufacturers set to ramp up localisation, according to Pawan Goenka, managing director, Mahindra & Mahindra.

Besides the lack of choice, high acquisition costs have also deterred car buyers from purchasing electric vehicles in India. Batteries account for a big chunk of the cost and at present, most of them are imported largely from China.

Goenka said a higher level of localisation in battery making as well as in power electronics to some extent will ease the cost of an EV. Mahindra is already in talks with suppliers and is banking on increasing volume commitments to procure batteries priced far lower than the current rate.

"The battery prices are constantly going down. However, the price of an electric motor cannot be brought down much since it is a mechanical component. But efficiency can be improved which will allow either smaller batteries or a larger range. Power electronics is not that expensive, so, therefore, on that front, the cost might only come down by Rs 10,000-20,000 per vehicle," Goenka said in a media conference call. Interestingly, he added that the reduced cost could be applied to improving range of the vehicle.

The carmaker is looking at joint ventures to produce motor and power electronics but will stay away from battery cell production. "Cell manufacturing is not something that Mahindra can do because that requires a large volume. However, we will be making battery modules and battery packs. We will enter into a joint venture to set up a motor plant and for power electronics we are again looking at a joint venture with a company outside India. We are trying to localise all major components except for the battery itself. I hope that 80-85 percent of the content of our EVs is made locally," Goenka said.

The pressure to reduce prices has already begun with the recent Energy Efficiency Services Ltd (EESL) tender for the purchase of 10,000 electric cars. In fact, Mahindra might have to compromise on profitability in matching Tata Motor's bid. Mahindra had to reduce Rs 2.3 lakh per vehicle from its bid price, forgoing a revenue of over Rs 3 crore for supplying 150 e-Veritos in the first phase.

"I must admit we find this (Tata Motor's) price somewhat hard to comprehend. We have been making electric vehicles for a long time and are aware of prices that are prevailing for various subsystems that go in. I do not know the basis on which this price has been bid," Goenka said.

Tata Motors bid the lowest price of Rs 10.16 lakh exclusive of GST, for its Tigor sedan to win the tender. The vehicle will be provided to EESL for Rs 11.2 lakh (inclusive of GST) and with a five-year warranty.

Going ahead, Mahindra has an option to bid for up to 50 percent or 4,750 units of the remaining 9,500 vehicles in the second phase if it matches the price. Although it is keen on being a part of the country's push towards EVs, it has not yet decided if it wants to take part in the second phase of the bidding due to the cost challenge.

"If we can come to the level where we can justify the price, we will bid for phase two because we certainly want to be in the electric vehicle movement. We will again go back to suppliers and negotiate harder," Goenka said.