GST Council proposes hike in additional cess from 15 to 25 percent; Central government to seek legislative amendment to implement the same. 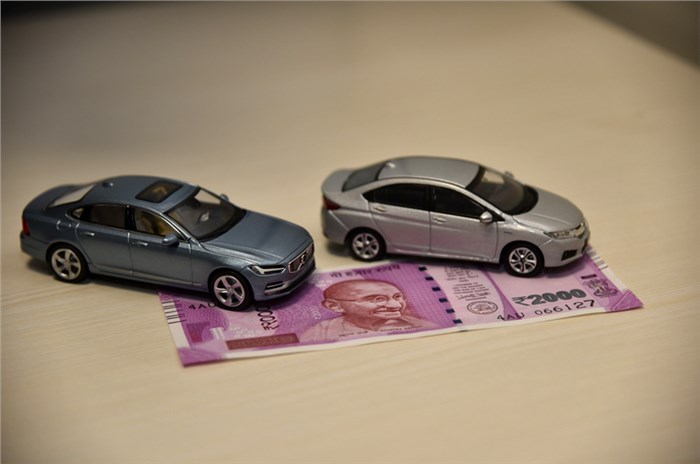 Prices of vehicles above four metres, including SUVs, could go back to where they were before implementation of GST (Goods and Services Tax) as the government has proposed to increase the additional cess for these categories of vehicles from the current 15 percent to 25 percent (total taxation of 53 percent).

A notification from the Ministry of Finance says that an amendment is to be made to the GST Act, though it states that “the decision on when to raise the actual cess leviable on the same will be taken by the GST Council in due course.”

The Finance Ministry tweeted that the, “GST Council in its 20th meeting held on August 5, 2017, considered the issue that total tax incidence on motor vehicles after GST has come down.”

An official announcement is likely to happen post the GST Council meet which happens next month. This proposed revision will be limited to large cars and SUVs, while GST rates for other vehicle categories are likely to remain the same.

Carmakers are expected to react strongly against this proposed change in policy as it will directly affect their pricing strategies and have an impact on long-term planning. "We are highly disappointed with the decision. We believe this will be a strong deterrent to the growth of luxury cars in this country. This decision will also reverse the positive momentum that the industry wanted to achieve with the introduction of GST. With this hike in cess, we expect the volumes of the luxury industry to decelerate," said Roland Folger, MD and CEO, Mercedes-Benz India.

He stated that the constant shift in policy is making the carmaker's long-term planning highly risky, and by making better technology (hybrids) more expensive, the government is causing more damage to the environment.

Notably, Folger said the proposed increase in cess, clubbed with the increased road tax rates (in some states), would take the effective price of vehicles much above the pre-GST scenario level.

Vikram Pawah, President of BMW Group India said, “While we welcome the implementation of GST in India, immediate changes and fluctuations on motor vehicles cess will adversly affect the stability and growth of the automotive industry in India. We strongly believe that long term stability in tax reforms and regulations are of paramount importance to foster growth of any industry in the country.”

German carmaker Audi will be forced to re-evaluate its business plans in India, Rahil Ansari, Head Audi India, said, adding that the move will most definitely have an adverse impact on sales.

"The taxes on this industry were already very high and we expected the unfulfilled potential of this segment to increase after the implementation of GST and rationalisation of taxes. However, the proposal of further increasing the cess on the luxury car industry will dampen the spirits of not only the companies, dealers and customers but also industry workers," Ansari added.

With the 10 percent additional cess in place, manufacturers are expected to pass on this burden to the consumer, resulting in a significant price increase for the models in the affected segments. If you are in the market for a large car or SUV, now would be a good time to make your purchase decision.