Both are meant to curb traffic and pollution in Delhi and NCR; completed Delhi-Meerut Expressway to reduce travel time from 4-5 hours to 45min. 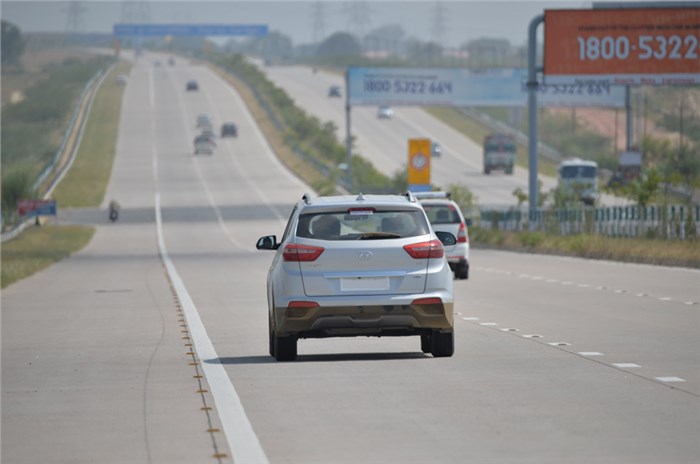 A representative map of the Eastern Peripheral Expressway.

Two new expressways have been inaugurated by the Prime Minister of India in the National Capital Region on Sunday. The first is Phase 1 of the Delhi-Meerut Expressway and the second is the Eastern Peripheral Expressway (EPE).

The former is a part of a 14-lane expressway that starts at the Nizamuddin Bridge and goes until the Uttar Pradesh border. While scheduled to be completed in 30 months, this phase of the Delhi-Meerut Expressway was completed in a shorter span of 18 months. This Rs 841-crore phase has a six-lane expressway with two eight-lane highways, one on each side (a total of 14 lanes for vehicles), a 2.5m-wide cycle track, and a 1.5m-wide footpath. Vertical gardens with solar panels for lighting and drip water irrigation feature on the expressway, along with replicas of monuments like the Qutub Minar and Ashoka Stambh. In terms of safety and monitoring systems, the expressway is equipped with Advanced Traffic Management Systems (ATMS) and CCTVs.

While the first phase reduces travel time from 45min to just 8min (thanks, in part, to the 120kph speeds that are now achievable), the completed expressway is expected to drop travel time between Delhi and Meerut to 45min, from the current 4-5 hours.

The Eastern Peripheral Expressway’s primary aim is to curb traffic and pollution in Delhi by redirecting two lakh vehicles around the national capital on a daily basis. Built at a cost of Rs 11,000 crore and in a record 17 months, the 135km-stretch of expressway is expected to bring down pollution levels in Delhi by 27 percent and is India's first highway to be lit by solar power. There are also provisions for rainwater harvesting every 500m. The EPE also gets a smart and intelligent highway traffic management system, video incident detection system, and an Electronic Toll Collection (ETC) system.