Switzerland’s latest IQAir - World Air Quality Report ranks India fifth on the list of most polluted countries in the world, on the basis of the amount of PM2.5 concentration in its air in 2019. 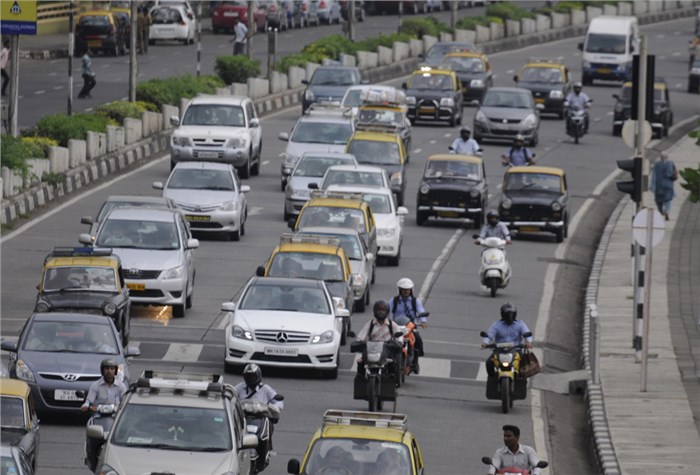 Air pollution has been a vexing subject for much too long, especially in recent times when climate change and global warming have caught the attention of policy makers as well as industry leaders worldwide, who now look at all possible sustainability solutions to go eco-friendly.

India, with a grim scenario of a predominantly coal-based power generation, mass-scale operation of unorganised industries adhering to negligible levels of environmental norms, agricultural and automotive emissions, and a stark rich-to-poor divide, is also grappling with the issue of severe air quality in many of its cities across the vast landscape, putting the lives and health of its over 1.3 billion population at stake.

In the latest 2019 World Air Quality Report issued by Switzerland's IQAir, India has been pegged as the fifth most-polluted country in the world on the basis of the amount of PM2.5 (particulate matter) concentration in its air last year.

While Bangladesh (83.3 micrograms per cubic metre) takes top position, Pakistan (65.8), Mongolia (62.0) and Afghanistan (58.8) are in the top four, according to the average PM concentration in their respective cities.

Although India's national air pollution improved by 20 percent in 2019 compared to 2018, the average annual exposure to PM2.5 exceeded the WHO-recommended standards by a whopping 500 percent, making its air quality a big threat to human health.

The report attributes the ongoing economic slowdown in the country which has affected new infrastructure projects, sale of medium-to-large commercial vehicles, which has declined 36 percent between April 2019 and January 2020, and has put the Indian automotive industry on the back foot, to be the most likely reason behind the marked 20 percent decrease in 2019's results.

Moreover, on the basis of the average PM concentration throughout the year, 21 out of the top 30 most-polluted world cities in the list belong to India. Ghaziabad in the Uttar Pradesh (U.P) state topped the chart while capital New Delhi emerged at the No. 5 position globally, worsening from its No. 11 spot in 2019.

Noida (Uttar Pradesh), Gurgaon (Haryana) and Greater Noida (Uttar Pradesh) – with a prominent presence of IT and manufacturing companies – are all part of the list, posing threat to the millions of people residing and working in these areas in the National Capital Region.

The report also suggests that wildfires and open burning agricultural practices had a major impact on the air quality of cities and countries around the world, including Singapore, Australia and Indonesia, among numerous others. It must be noted that New Delhi, which sees a thick cover of smog engulf its skies during the winter months of October and November, is the sufferer of the crop-burning practice in neighbouring agricultural farmlands in the states of Punjab and Haryana.

IQAir's report also pinpoints the burning of fossil fuels such as coal contributing significantly to greenhouse gases and PM2.5, and recommends urgent action to tackle these emission sources to protect public health and ecosystem.

Speaking to our sister publication Autocar Professional, Paulo Afonso de Andre, AQI expert, Air Pollution Lab - Medical School, University of Sao Paulo, Brazil, says, "The situation India is living in right now is about the same as what we (Brazil) experienced some 20-25 years ago in the metropolitan area of the Sao Paulo city, with a population of about 21 million people. The population of Delhi is quite significantly large as well."

"There is a very strong relation between the concentration of air pollutants and health. This is not only in terms of mortality but to morbidity as well. Health has a value and you must consider it. It is quite significant," he adds.

"Our experience shows that the cost-benefit analysis on making interventions for improving health is in the range of one-fifth to one-tenth. So, it is simply worse to not do anything than to do something.

"India has the opportunity to know about our experience in Brazil. Don't suffer so much; decide to take quick action and avoid the mortality and morbidity. While the concepts are well known, experience is what matters for effective implementation," says Andre.

With regards EVs, he stressed upon the energy source as being a crucial factor in determining whether EVs are viable or not. "If bad fuel is going to power EVs, then it is not a good solution. In your situation, an important challenge to be confronted is that of power plants because the matrix is based on coal and petrol. That's the worst scenario."

"Till the time there is not a good source for energy generation at power plants, electric vehicles are not a viable option. Maybe, hybrids are better-off as you would not be relying on the power plant. So, you have to find the best solution for you, from you," Andre concludes.