We’ve clocked nearly 12,000km in 8 months in this safe and sensible SUV, which felt most at home on the highway.

Five trips to Mahabaleshwar in the span of six months must be some sort of record for any long-termer in the Autocar India fleet. Not that it’s a record of particular significance, but what the frequent visits to the hill station strongly underscore is how talented a long-distance car the Volkswagen Tiguan Allspace really is. Each round trip, including a bit of running around in Mahabaleshwar, is around 600km. So, of the 12,000km we racked up, around 2,400km was to what is my second home up in the hills.

There’s no shortage of capable ‘highway stars’ in our long-term fleet but the Tiguan Allspace was special. Special for the rather un-special way in which it did the job, or the way it did the small things we take for granted; like the logical layout of the controls, the backlit buttons and illuminated cubbyholes that you don’t have to fumble with at night, the responsiveness of the otherwise ordinary infotainment system, and the simplified menus that are easy to toggle through and greatly minimise driver distraction. And it’s this ease of use that I loved most about the congenial Tiguan, especially on a wet, unlit, single-lane highway. 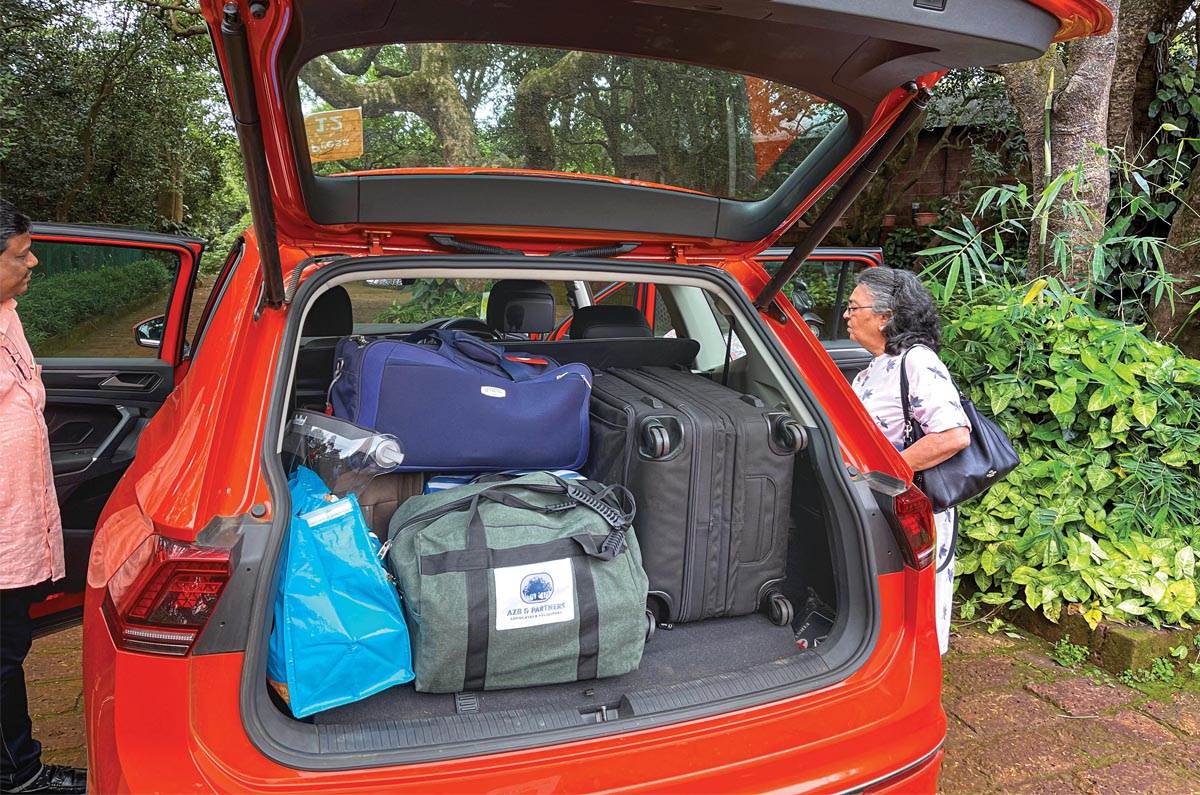 Early June is the best time to visit Mahabaleshwar, the monsoon clouds have started rolling in by then and the first showers transform the parched Western Ghats into a landscape that is soothingly lush and green. And with the rains comes mist; lots of it. At 4,500ft above sea level, you are in the thick of a thick cloud and visibility is almost non existent. That’s where the Tiguan Allspace’s Dynamic cornering LED lights, which swivel with the angle of your steering wheel, made a huge difference by lighting up the edges of treacherous narrow roads on the hill. Quite honestly, for something that I thought was a gimmick, they proved genuinely useful. It’s not that you’d be blind with lesser lights, but you do realise the value of a good set of beams in conditions like this. 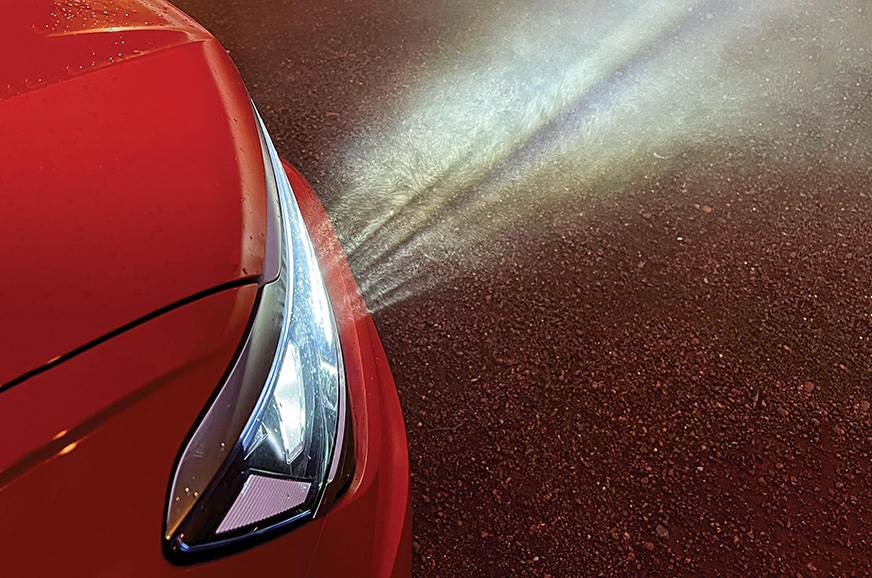 And that’s the thing; the more I lived with the Tiguan Allspace, the more I appreciated the finer things, like the broad, clean sweep of the wipers that leave no blind spots or the Tyre Pressure Monitoring Systems (TPMS) system, which is so easy to reset. Resetting a TPMS may not seem like a big deal but if you own a Hyundai or Kia, you’ll understand what a painful exercise it is to get the low pressure warning light to go off after you’ve reset tyre pressures.

The Tiguan’s TPMS proved invaluable on one of my Mahabaleshwar trips. A low-tyre-pressure warning flashed well before I could sense the left rear tyre slowly deflating. Providentially, I chanced upon a roadside tyre repair shop half a kilometre down the road, which I dove into. The last thing I wanted to do was change a tyre in the middle of the road myself! Rather than switch to the space saver tucked under a boot full of luggage, the tyre wallah left the car on the jack with the wheel off (but with a stand underneath for safety), repaired the puncture (caused by a small nail in the crown) and we were on our way in 20 minutes flat. 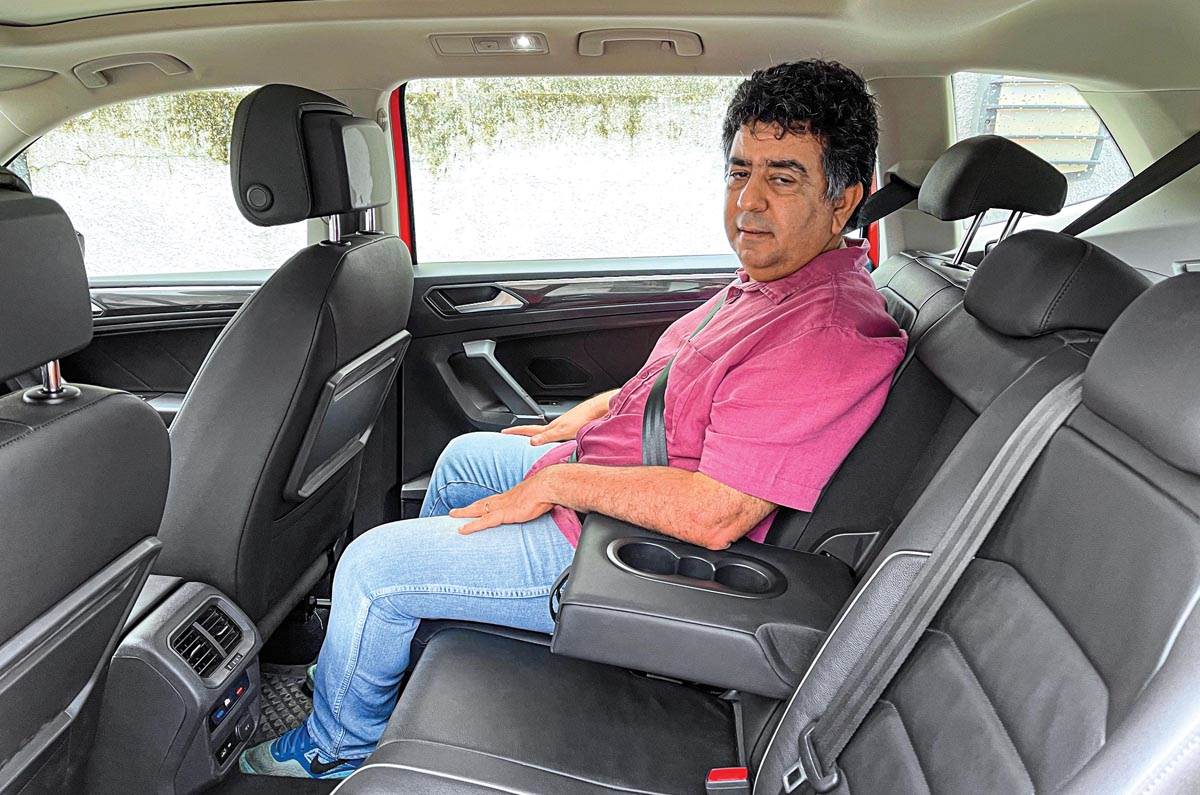 A sole puncture was the only trouble we’ve had with the Tiguan, which has run flawlessly. The 2.0 TSI engine did have an appetite for oil, however, and the oil warning light flashed on around the 9,700km mark, which forced a top-up well before the scheduled oil change interval at 15,000km

Coming to the 2.0 TSI engine itself, it’s one of the Tiguan Allspace’s strengths, and weaknesses. I liked it for its smoothness, the responsiveness from low revs and the broad spread of torque that gives the motor a lot of flexibility. The 190hp TSI works well with the seven-speed DSG auto transmission for most duties. In the office to home circuit, it’s quite smooth, with little of the twin-clutch lurch you feel when you get on and off the throttle pedal. It’s on the highway that I found the turbo-petrol a bit wanting. With a full boot and four passengers on board, you miss the mid-range grunt of a diesel and you have to wring the free-revving motor to whoosh past traffic. Yes, the engine has to work hard and this has a debilitating effect on fuel efficiency, which is another of the engine’s weaknesses. On the Mahabaleshwar run, it was hard to get double-digit figures and the best highway figure I got was 9.8kpl on the downhill return journey. Gravity does help! 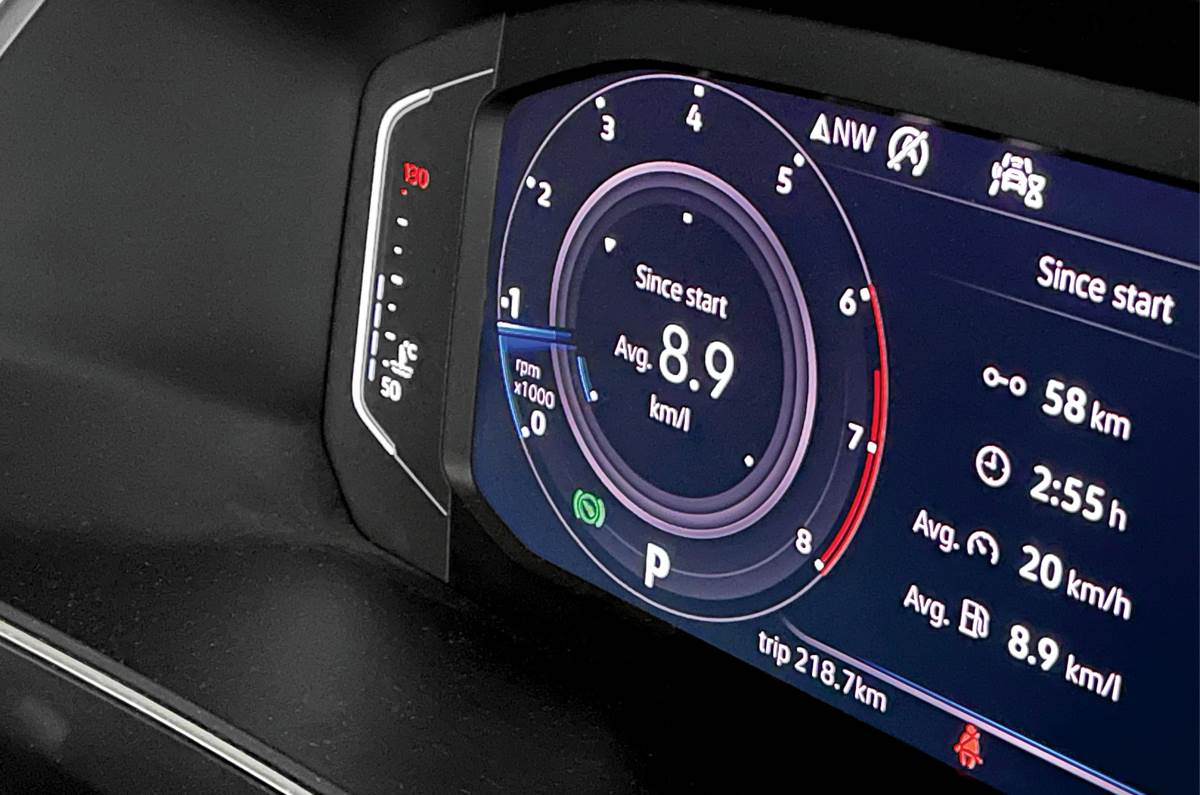 Other gripes? Over ruts and sharp edges, a loud clunk from the suspension on rebound, or when the damper is extended, spoiled the otherwise comfortable ride.

Other than that niggle, the Allspace majors on comfort. The ride is well settled and composed, the seats are incredibly comfortable and you rarely emerge tired after a long journey. Also, the cabin looks hardly the worse for wear. Sure, the seat fabrics, dash plastics did look dull, but a quick wipe from some of Turtle Wax’s fabric cleaners got the cabin sparkling like new. 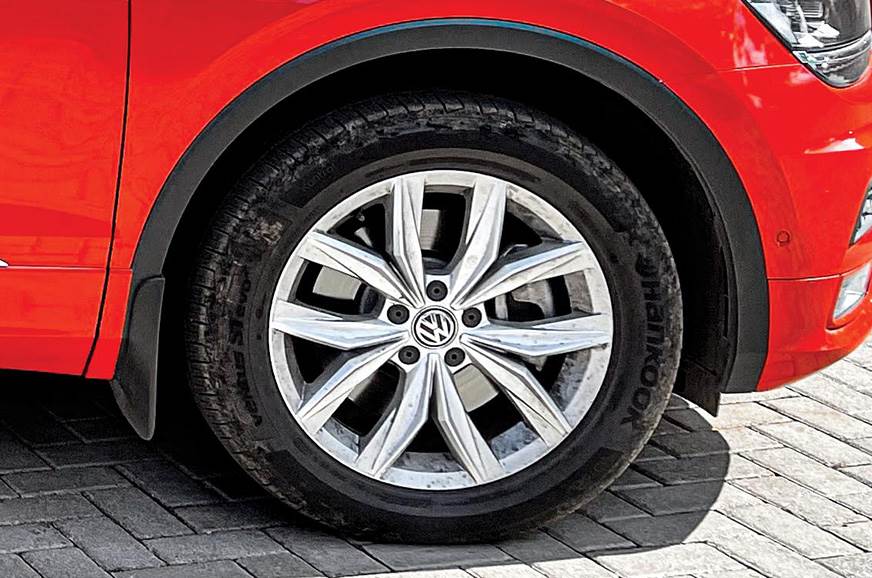 Over the eight months this spacious and safe SUV served us, it became a trusted friend that we got to know intimately. Which is why we are sad to see it go.