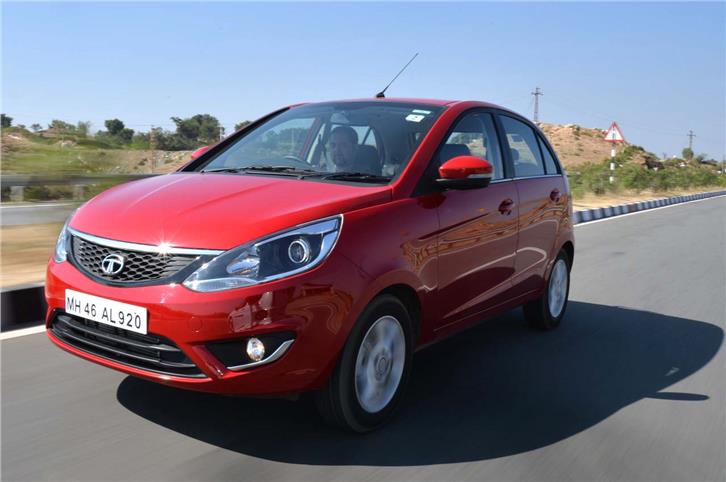 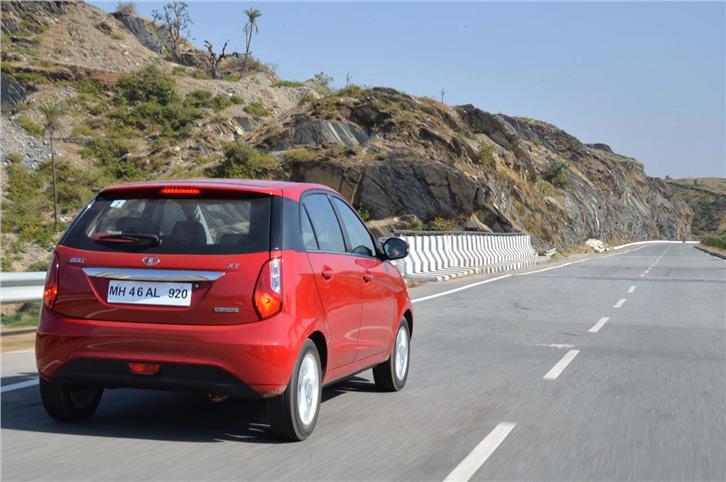 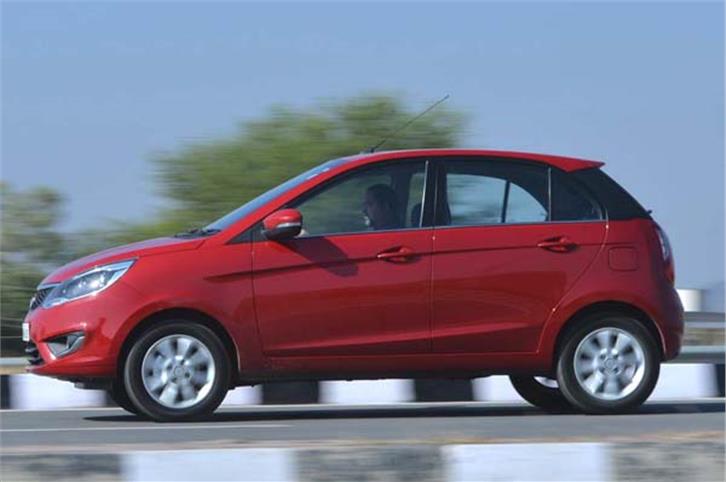 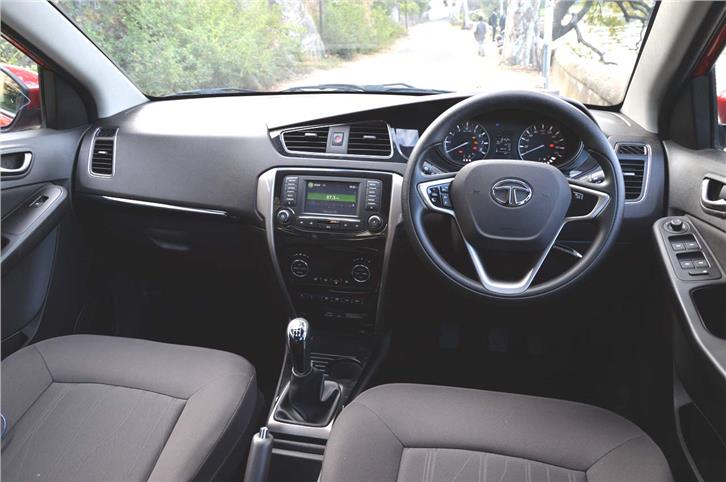 The hatchback sibling of the Tata Zest is ready to go on sale, and we’ve driven the production-ready version.

The Bolt is Tata’s newest hatchback on the X1 platform. The successor to the Vista, Tata’s new big hatch comes with an all-new exterior, an all-new interior and a new turbo-petrol engine too. Similar looking to the Zest compact sedan, it features a neatly executed grille and headlight combo, a ‘floating’ roof (created by blacking out the C pillar) and new tail-lights. A chrome bar over the number plate gives the wide rear some much-needed definition. Still there’s no getting away from the fact that the lines of the Vista shine though, especially when you look at the glass area of the car. And the Bolt still has that typically Tata ‘jacked-up’ stance. The strange thing is the ground clearance is only 165mm, but it looks much higher for sure. There’s a huge amount of both shoulder and head room on the inside of the Bolt, both in the front and in the rear, and legroom is good enough to take on many full-size sedans. And it’s not just the space on offer, the seats are large and really substantial as well. Thigh support, for example, is superb due to the long seat base, and the rake of the back seat is just right. The seats could have had a bit more lateral support and the cushioning is a bit too soft, but otherwise the back seat is a great place to be.

What’s also nice is that all that space and comfort is well backed up by an improvement in quality and fit and finish. Yes, look closely and the odd seam and joint is out of place, and there are still a bit too many shiny plastics visible, but overall, the ambience of the cabin has improved hugely. What’s responsible for uplifting the general ambience of the cabin is the new dash. Similar to that of its sister car, the Zest compact sedan, but without the two-tone look, the new steering and centre console feature tastefully executed ‘metallic’ inserts. There’s chrome piping around the vents, on the gear lever and even in between the plastic buttons, and all the shiny metal is tastefully executed. It may not be quite as well finished as on a Hyundai, but it’s a job well done all the same. While details of the variants aren’t out yet, this top-of-the-line car comes with features like the Harman-sourced central touchscreen, voice commands, SMS readout and smartphone-based navigation. The screen is still not as bright as we would like and the phone-based navigation system (that uses the GPS aerial of the car) is a bit clumsy to use, but overall equipment levels are good.