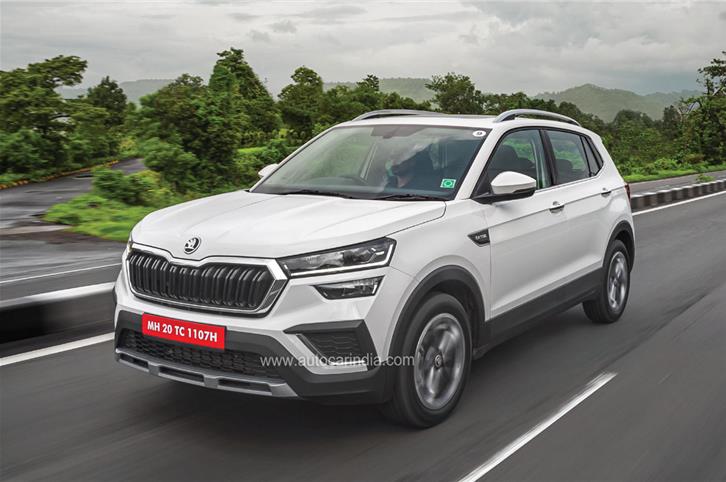 One of the key talking points of this new MQB A0 IN architecture is that it is a whopping 30 percent more rigid compared to PQ25 platform that underpins the Polo, Vento and Rapid. The Kushaq’s chassis prowess is revealed at the first corner where the body control feels tight, the car feels nimble, and it wraps itself around the driver like a much smaller car. Yes, it sits 188mm above the ground (unladen), and it is quite tall too, so body roll is inevitable, compared to a sedan like the Rapid, but it is still well contained. And with wheels stretched to the farthest corners of the car, the Kushaq offers excellent grip around corners, and infuses ample confidence from behind the wheel. Speaking of which, the steering is light and fluid, and while its lightness will appeal to a majority of buyers, driving enthusiasts will be left wanting for a bit more heft, especially at highway speeds. 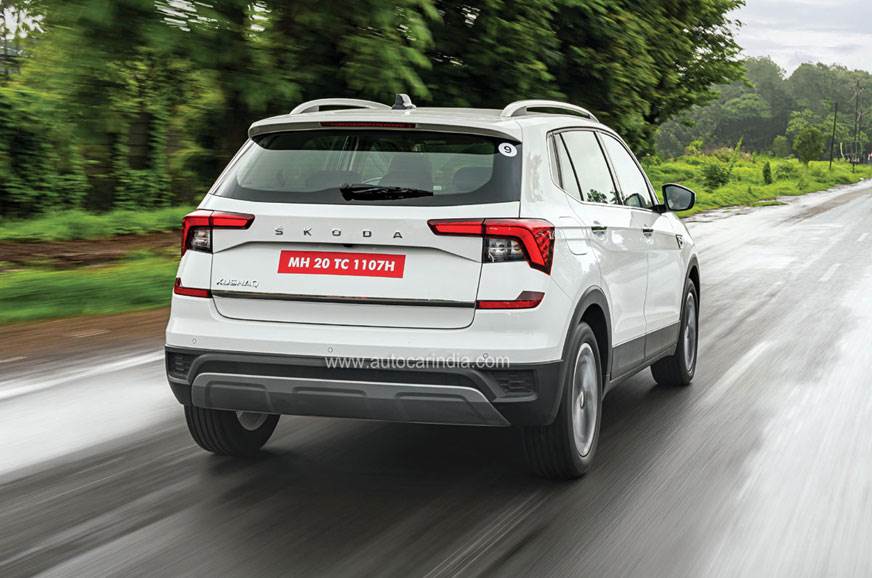 What’s also impressive is the Kushaq’s rock-solid stability while cruising at highway speeds, where it rides flat and composed at all times. Typical to European cars, the Kushaq is a bit stiff-kneed and the suspension tends to thud over sharp bumps. Due to the stiff suspension setup, its low-speed ride is a bit busy, and neither does it flatten road imperfections as competently as a Renault Duster or absorb road shocks as nicely as the Hyundai Creta.

Braking performance is an area where the Kushaq impresses. Despite missing rear disc brakes, in a panic braking scenario, it comes to a halt from 80kph in just 25.35m, a distance shorter than the rear disc brake-equipped Kia Seltos.