The new, assembled-in-India Toyota Camry is getting set to give the competition a run for its money. But just how good is it?

In the global scheme of things, the Camry is one of Toyota’s best-selling models. It is seen as a sensible family car that is built to last an eternity. However, in India the Camry sells for its size and luxurious appeal. While the Toyota badge is a big draw for many, the lack of a diesel engine has always been the car’s Achilles’ heel. Moreover, being a CBU import, Camry prices have only risen over the years. Little wonder that Toyota has been unable to replicate the Camry’s global success here in India.

While a diesel engine would have immediately brought the Camry back into contention, the fact is Toyota simply doesn’t have the right engine for the job. So if the Camry is to sell with only a petrol engine, it had better cost less. And that is just what Toyota plans to do – reduce the price of the car by assembling it in India. It’s the car that you see on these pages that will be put on sale soon and we recently got to sample it on the outskirts of Delhi.

One glance at the new Camry and it instantly looks bigger and more substantial than the current car, despite the dimensions remaining pretty much the same. Toyota says every single bit of sheet metal is new and more than 90 percent of the parts have been reworked. So, in essence, the car is brand new, but the inescapable fact is it’s based on the same basic platform. Still, the car looks quite attractive and somewhat like a mini Lexus thanks to the angular headlights and big chrome grille. There is also a nice bulge on the bonnet that adds some character to frontal styling. View the Camry from the side and its upward sweeping beltline will catch your attention. The angular tail section is in keeping with modern design trends.

The resemblance to its Lexus brethren carries on in the cabin as well. The interiors are luxuriously appointed with a generous dose of faux wood and leather to have PETA go up in arms. Quality is improved from the earlier Camry but still not near the class benchmark.

The front seats are fully electrically adjustable to get that perfect driving position. What most owners though will be more interested in the rear seats which, we are happy to report, are exemplary in terms of thigh and back support. There is more space now and the neat thing is that the front passenger seat can be moved forward using buttons on the seat back. The buttons are within easy reach of the driver so that the fat cat in the back doesn’t have to move a muscle.

The Camry comes with a four-cylinder 2.5-litre petrol motor featuring Dual VVT-i and its 178bhp output is 11bhp up on the previous 2.4-litre unit. It’s matched to a six-speed automatic gearbox and we don’t expect a manual transmission to be offered when it is launched.

Push the start button and the motor fires up and settles into a barely-audible idle. The engine is silky smooth and builds up revs effortlessly. Floor it and the box shifts down after a bit of contemplation and won’t shift up till the redline is reached at 6200rpm. There is also a manual triptronic mode if you want to play boy racer. If only it was in a sportier body; the luxury liner dimensions  of the Camry can’t be expected to handle like a speedboat, and it doesn’t. The Camry felt a bit firmer than before and, though it rolls when cornered, it feels under control and isn’t disconcerting. The steering is also a bit too light and lacks feel, especially at high speeds. The suspension flattens the minor bumps and absorbs broken tarmac, but the car we
drove came with 17-inch wheels, and a switch to 16-inchers and higher-profile tyres should further improve the ride, which is not bad to begin with.

While it has never been the fastest or the best handling car in its segment, it is comfortable, luxurious and spacious. The Camry is priced at Rs 23.80 lakh (Ex-showroom, Delhi). 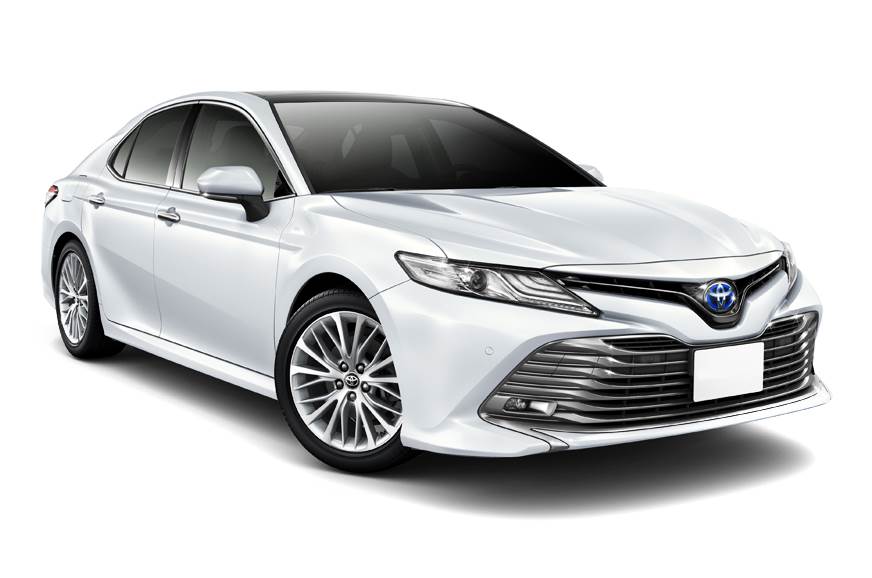 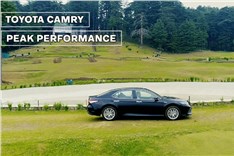 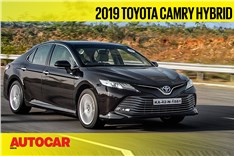