On paper, MItsubishi's new Pajero Sport has what it takes to take on the competition. We drive it in the real world to see how good it is. 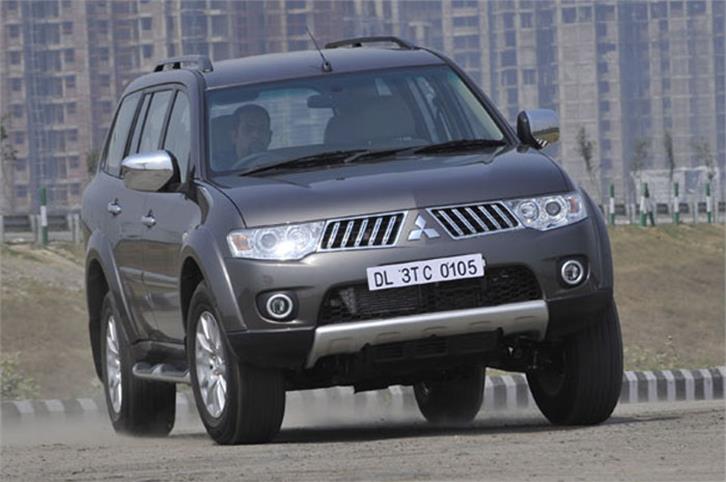 A question of Sport

The Pajero Sport’s 2.5-litre diesel may be smaller than its competitors, but what it loses in capacity it more than makes up for in specific output. Its 176bhp is very similar to the 168bhp put out by the Toyota Fortuner’s larger 3.0-litre engine and acceleration and performance are pretty similar as well. The Mitsubishi’s variable-geometry turbo has been tuned with performance in mind and after a small amount of vibration and some initial lag, power is delivered in a strong and steady stream all the way from 1800 to 4500rpm. The engine feels very smooth in the mid-range, there is considerable punch when you keep your foot pinned down, and after 100kph the Sport pulls away from its rivals with effortless ease. The engine is also particularly effective on the highway. As long as you are somewhere in the mid-range, there’s always plenty of punch available for overtaking. And because the motor always seems to have more to give, performance really does feel quite effortless. This is clearly Mitsubishi’s best diesel engine yet. What’s also impressive is the integration of the gearbox, the short gearing masking a bit of the turbo lag. The gearbox does have a typically long throw, but it’s light to operate and gears slot in perfectly every time. This helps when you want to go a gear lower in traffic.

With so much daylight between the wheels and the wheel arches, the Pajero rides well on its tall springs as well. You can drive the Sport through some of the largest craters around and the suspension will take it in its stride. Come to think of it, this would be an ideal car in which to tackle long stretches of  broken tarmac, the rubber-footed suspension just soaking everything up. Stability at speed is surprisingly good too. It feels perfectly calm and composed, even at triple-digit speeds speeds, small directional changes are executed with little vagueness or lag, and the well-weighted brakes allow you to bleed speed in a drama-free manner too. Also impressive is the feelsome steering. It does feel a bit weighty at parking speeds, but as soon as you are up and running, the feel and feedback are exactly what you want. But while the Sport does have a reasonable amount of grip in corners and the feedback from the steering is good, it feels too top-heavy to corner with confidence. It’s the tall, off-road suspension setup that’s to blame. So the best way to tackle corners is to slow right down, gently tip the car in, and allow it to follow a smooth line out.