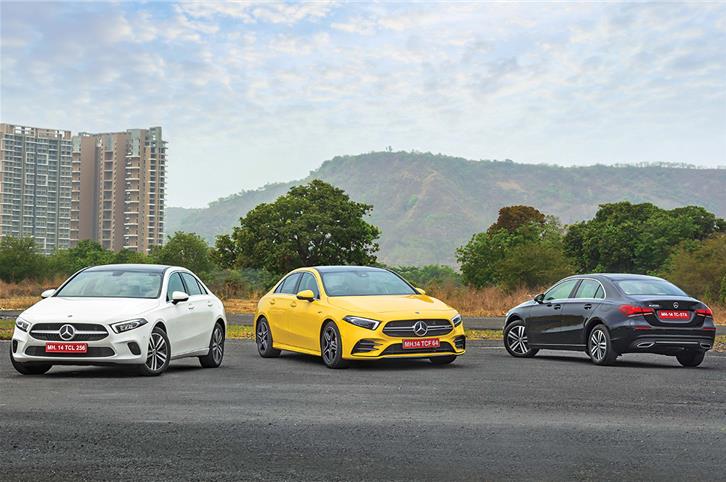 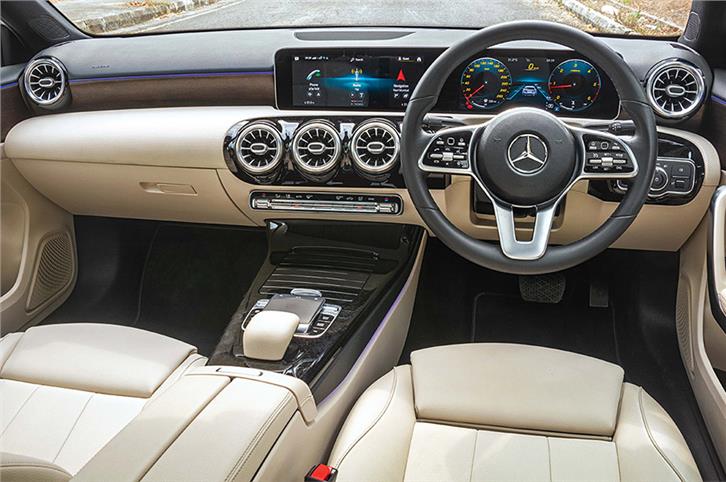 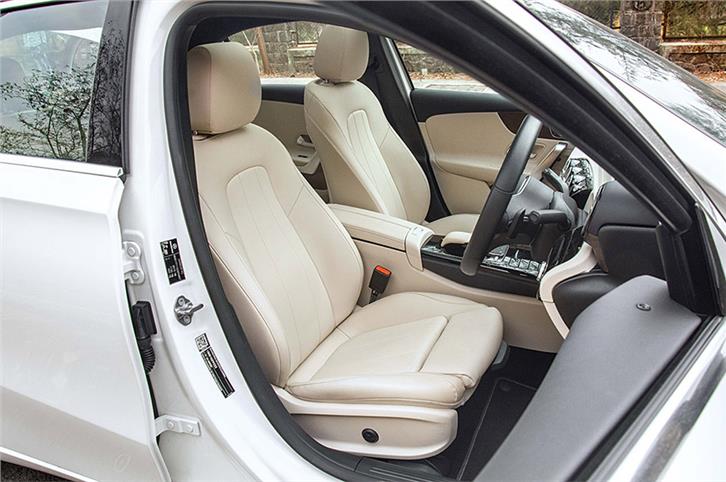 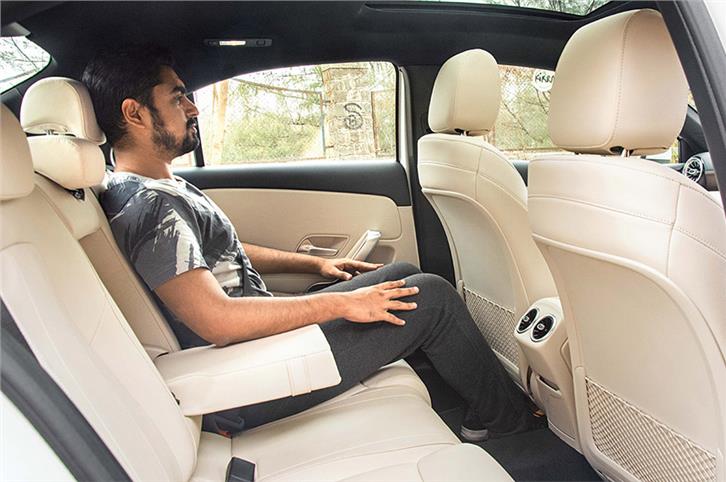 Thanks to the new, lighter and tauter MFA2 architecture, the A-Class Limousine feels agile and body control is impressive. It turns into corners nicely and feels predictable at all times. The suspension is on the stiffer side, but the diesel drives with a sense of maturity and poise over less than perfect roads. There is no unnecessary rocking or bobbing movement, even at higher speeds. The petrol’s ride on the other hand feels a bit brittle, and you are aware of the uneven road surface a lot more than in the diesel. Even tyre noise in the petrol, which came with Pirelli rubber, is a bit excessive, compared to the Michelin-equipped diesel. The steering on both versions is light but feels inert. 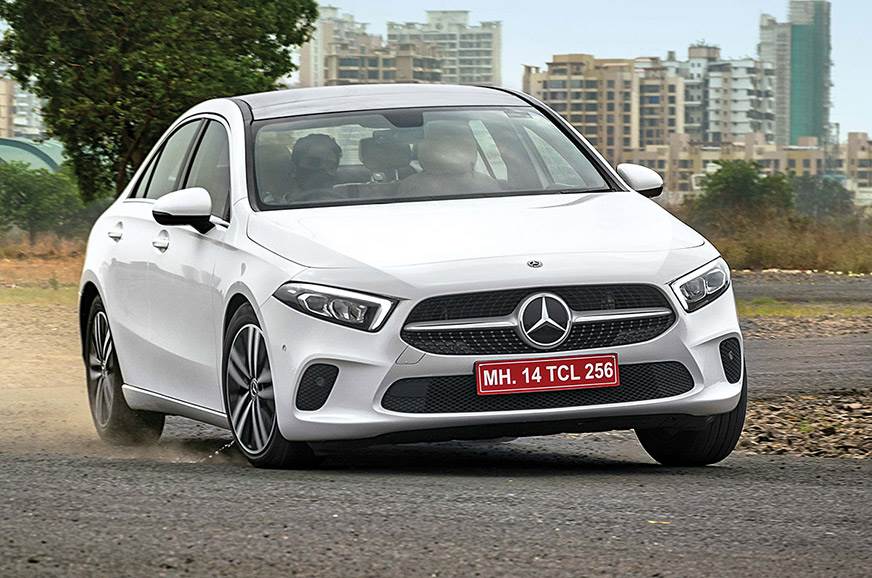 Although the steering is inert, handling is predictable and confidence-inspiring.

The India-spec A-Class gets a higher ground clearance than most markets, however, with more than two passengers onboard you will still need to crawl over speed-breakers carefully, to prevent its underbelly from scraping. An even lower clearance in the A 35 will encourage you to master the art of crab-walking over medium and larger speed breakers. 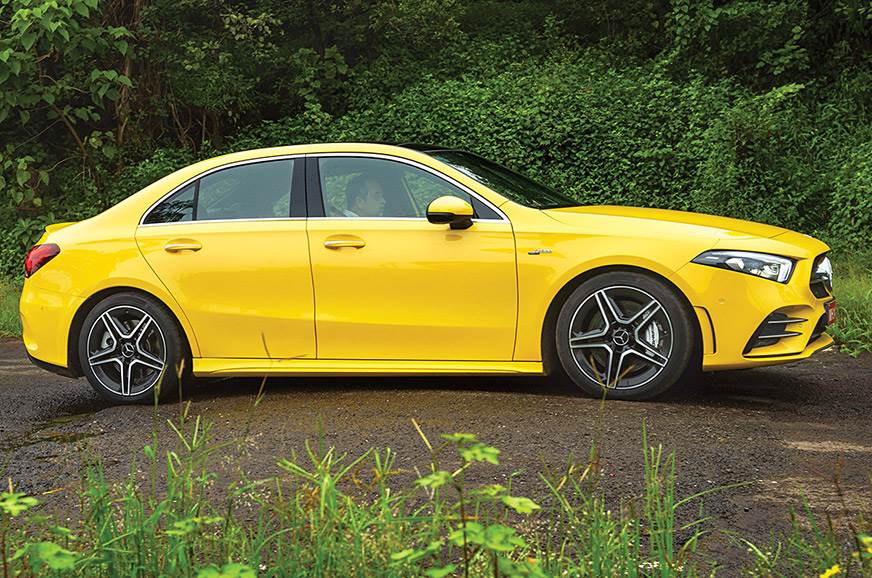 Speaking of which, the AMG feels a lot sharper, more direct and much more involving. The variable ratio steering offers plenty of feel, the body control is tighter and roll is virtually inexistent. Credit goes not only to the AMG suspension, its lowered ride height and adaptive dampers, but also to the clever 4Matic all-wheel-drive system, which can transfer up to 50 percent of power to the rear wheels. As a result, you can chuck this car into corners at silly speeds, and the handling is so good and it grips so well, it feels almost go-kart-like in character. A downside to its sporty handling is its ride quality, which is very stiff, and you’ll hear the suspension a lot more often while dealing with potholes. The ride improves in its Comfort setting (compared to Sport and Sport+), so you will be happy to leave the dampers in this setting for the most part. And with large 350mm discs in the front and rear, the A 35 sheds speeds just as impressively as it accelerates.