Read the Hyundai Creta review, road test from Autocar India; We put one of the year's most anticipated SUVs through the grind. 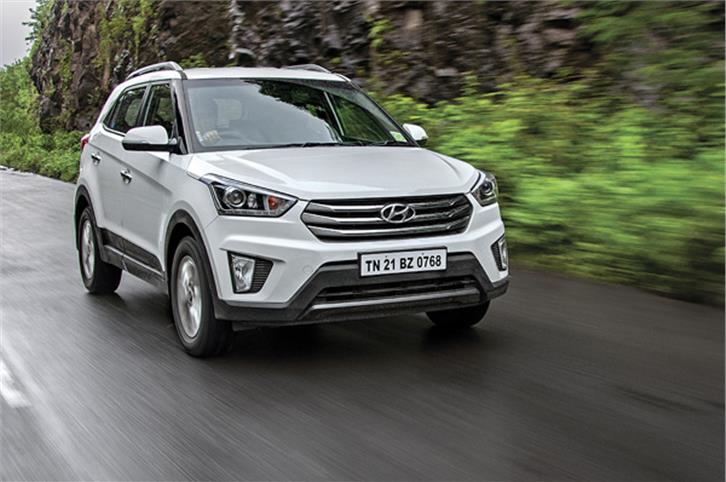 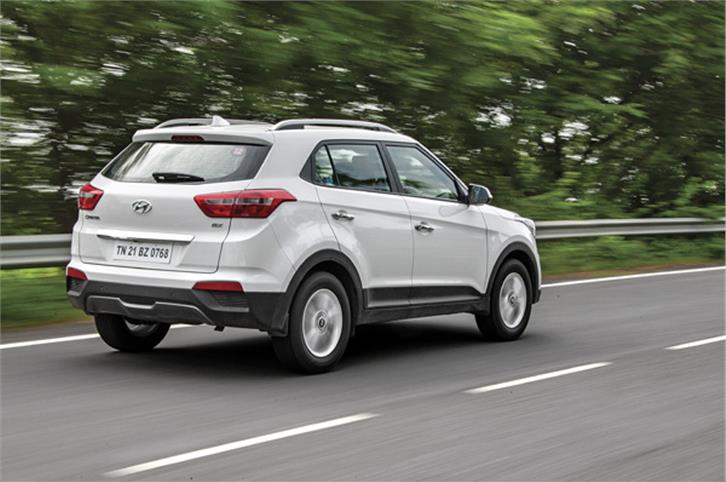 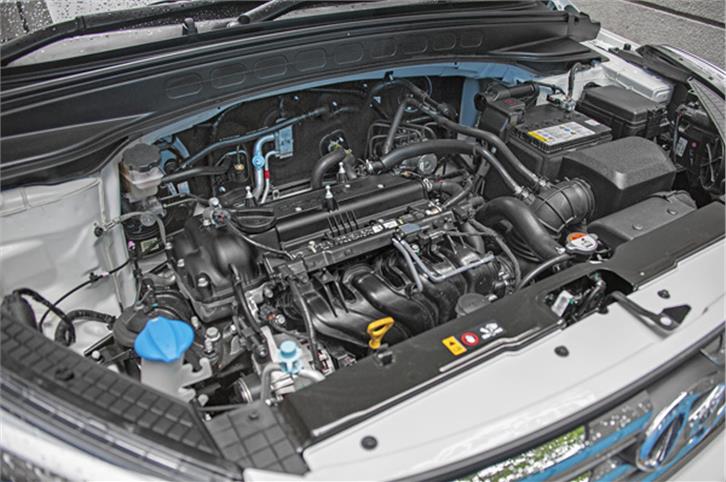 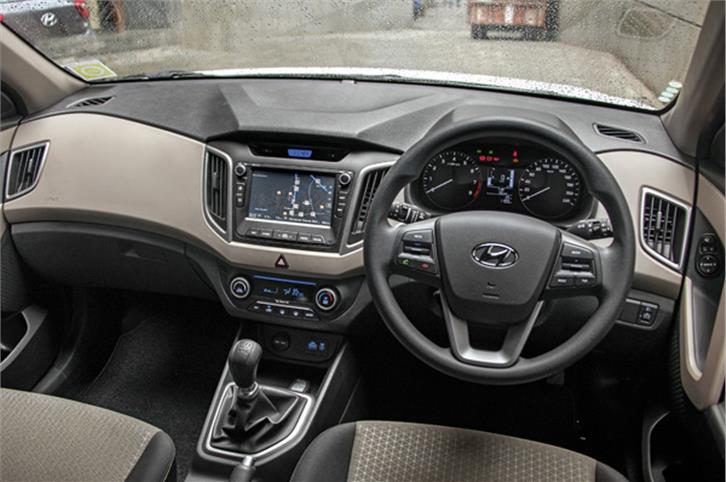 The 1.6 diesel impresses immediately with its refinement and low noise levels; there’s just a muted clatter at idle and a dull drone when you rev the engine hard, which is barely disturbing.

Even more impressive is the performance of this 126bhp engine which, mated to a six-speed manual transmission, propels the Creta from rest to 100kph in a segment-best 10.8 seconds. The engine has a nice, broad torque spread that equates to effortless driving in any situation. The Creta is seriously quick on the highway, with an ability to overtake fast sedans whilst in the city, it’s responsive enough to keep ahead of the traffic with minimal gearshifts. There is a distinct bit of turbo lag below 1,700rpm but it’s not that the Creta feels dead or sluggish below this point but picks up speed in a more gradual way.

The Creta’s gearing is on the tall side but the ratios are well spaced out, so with each upshift, the revs fall to the meat of the powerband. In fact, you begin to like using the gearbox which feels more smooth than precise to extract the most out of the engine. But it’s not an engine that likes to be revved too hard and although it spins to 5100 rpm, it’s best not to push it beyond 4,000rpm.

In-gear performance is a touch blunted by the tall gearing but the 20-80kph slog in third gear is still despatched in a brisk 11.52 seconds.

However, it’s the automatic version of the 1.6 diesel Creta which is Hyundai’s ace. Firstly, it comes at a time when the only other choice is the rudimentary Scorpio AT but more importantly, the six-speed torque converter works surprisingly well.

The Creta’s auto ’box may feel a bit old-school at first with leisurely gearshifts but it’s very smooth and masks the engine’s turbo lag really well. It’s best to drive the Creta auto with a relaxed right foot to which the gearbox responds predictably and upshifts early to get you in the highest gear possible.
Use a heavy foot and there’s a bit of delay before the gearbox responds but keep the throttle pedal pinned down and the Creta seamlessly surges forward and before you know it, you are doing some serious speeds. In fact, the Creta auto’s 0-100kph time of 11.53seconds is impressive in its own right and makes it a good highway car as well.

The automatic is really good about town, especially in bumper to bumper or stop and go traffic where the torque converter and tall gearing allow the Creta to creep smartly before picking up speed. In fact, it’s the smoothness of the transmission at low speeds which makes the Creta auto a brilliant city car. Unlike a twin-clutch gearbox which feels a bit clunky at low speed, the Creta’s conventional slush ’box nicely slurs from one ratio to another.

The 1.6 petrol is a capable city car as well. The 121bhp 1591cc engine is smooth and unfussed and responds well to part-throttle inputs. There’s no hesitation at low speeds and the petrol Creta is quite quick off the mark, which makes it feel at home on a busy road.

However, ask more from the petrol motor and the first thing that gets exposed is its rather weak mid-range. You have to rev hard to get it to perform and when you’re in a hurry, you’ll be visiting the 6600rpm rev limiter more often than you would like. The engine’s lack of torque in comparison to the diesel is immediately obvious and you don’t need to study the in-gear times to know that (manual diesel Creta is 2.5 seconds faster in the 20-80kph third gear run).

The Creta petrol trails behind the diesel by nearly two seconds in the 0-100kph dash which further drives home the point that the Creta petrol is not particularly sporty or scintillating to drive. It’s not a great highway muncher and feels most at ease around town. In fact, given the fuel efficiency of the Creta petrol, it makes sense to use it for short runs. It’s fairly thirsty, sipping a litre for every 9.5km covered in the city which gets stretched to 14.5 on the highway.