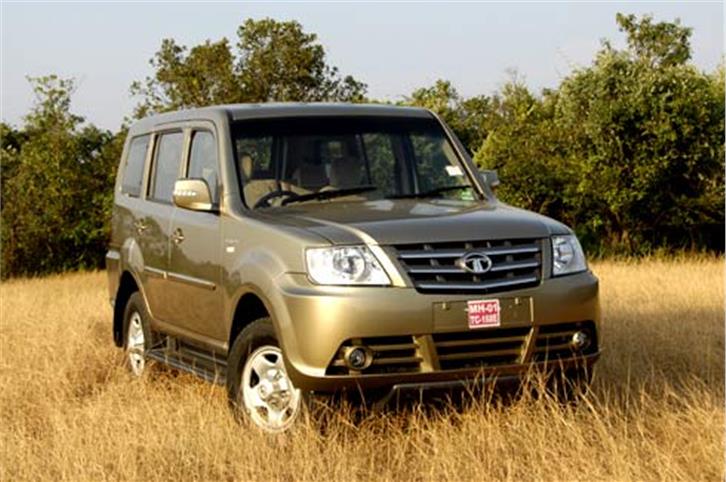 Tata Motors has re-launched its slow selling Sumo Grande. In its new avatar the Sumo tag is tucked aside and the new model will simply be known as the Grande Mark II. Priced at Rs 6.45 lakh to Rs 7.5 lakh (ex-showroom Delhi), the Grande Mark II will have 3 trim levels.

Tata Motors and Microsoft may come from opposite ends of the earth, but they have one particularly annoying similarity. Both have the habit of releasing less than perfectly sorted products into the market, which they later correct. The bugs are ironed out quicklybut the fact remains that both companies look upon initial customers as ‘beta testers’ of sorts.

So here it is. With full fanfare and bugles blowing. The Sumo grande, which has fallen off the radar, is making a comeback. So what’s changed in the intervening 23 months since its launch? A host of improvements in several areas have added up to make it feel vastly better. The Sumo tag is tucked aside and the new model will simply be known as the Grande Mark II – an acknowledgement that the utilitarian Sumo brand didn’t cut it with aspirational car buyers.

On the outside, there’s not too much to distinguish the improved car. You get a bit of chrome on the grille, indicators on the outside mirrors and a chrome-lined rub strip on the doors to give the slabby sides some relief and definition. You also get special steel wheels designed to look like alloys, which actually work quite well from a distance.

Most of the changes however are under the skin. Though the engine and gearbox are the same as before, the Grande gets a shorter final drive which lowers the overall gearing to improve the driveability. New body mounts have been softened to reduce floor vibration and the suspension system has been significantly upgraded along with the brakes.

On the inside, the dashboard is instantly more pleasing to the eye. The plastics are more ‘soft touch’ now and the matt black centre console feels a notch up as well. The inside door handles feel more solid, the seats have more padding and the newly designed gear lever is a particular quality touch.

The seats themselves are generous and the third or last row is surprisingly comfy. Though ultimate legroom is not in the league of the Xylo, the generous underthigh support lets you spend hours at the back without fuss. The cumbersome middle row seat folding mechanism has been addressed with a new spring-loaded action.

The dash-mounted front speakers have nasty panel gaps and the offset clutch (to the left) leaves no space to rest your foot (there’s no dead pedal either).
The ride on the Grande Mark II has been improved thanks to the completely revamped suspension that comes with a combination of softer springs up front, retuned rear leaf springs, better damping and upgraded anti-roll bars.The car steers with new-found precision and the ride is more consistent and less prone to pitching. However, there’s still a fair amount of body roll while the brake feel is still not up to the mark.

The shorter gearing has certainly improved driveability, which calls for less frequent gear-changing which is just as well. The gearshift is vague, has a long throw and a rubbery feel.Acceleration is marginally better than before. It may have a broader torque spread and more linear power delivery but it simply doesn’t have the mid-range punch of its rival.Fuel efficiency is similar to the earlier Sumo Grande except on the highway where the shorter gearing has marginally increased consumption.

The Grande Mark II, which is more a quasi-MPV than an SUV, can jump back into the hunt. It’s still not in the league of the pricey Innova but it’s certainly a credible rival to the Xylo. Launched with 3 trim levels and priced at Rs 6.45 lakh to Rs 7.5 lakh (ex-showroom Delhi), the Grande Mark II is Rs 30,000 cheaper than the outgoing Sumo Grande, which makes a strong case for itself.