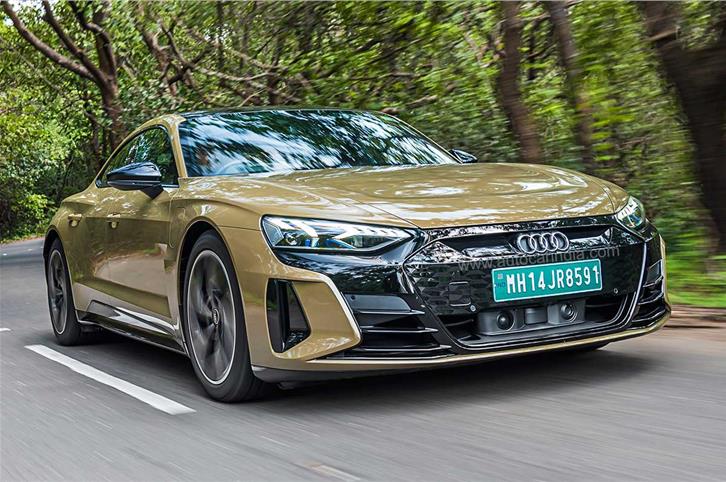 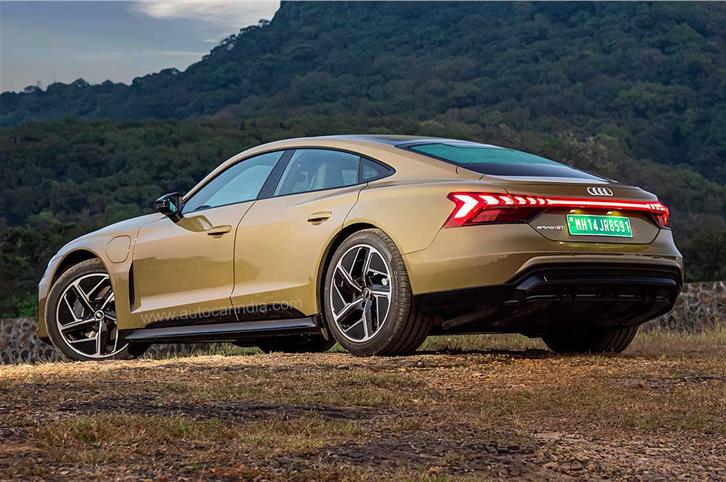 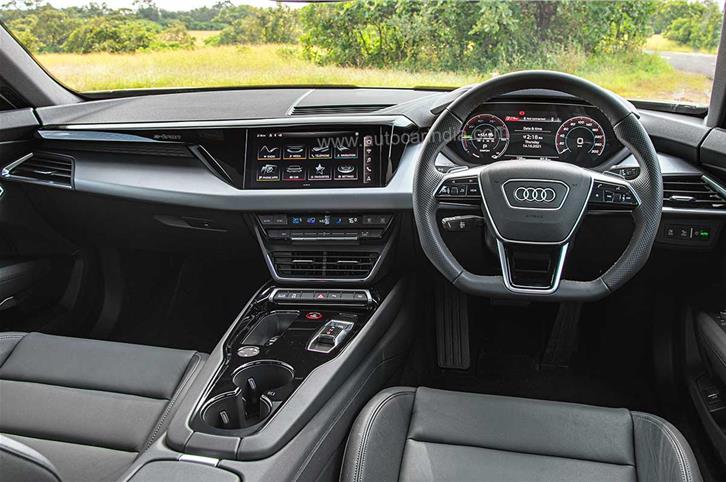 If the Audi R8 is the fast and furious, this e-tron GT is the fast and the virtuous. Because it’ll do the 0-100kph dash in 4.1 seconds and charge on to a limited top speed of 250kph without any emissions and without disturbing the calm in your surroundings. To get you up to speed, the e-tron GT is Audi’s all-electric high performance four-door coupe. It’s closest to the Audi RS7 in size, though the e-tron GT is built on a bespoke EV platform, and under the skin is actually a sister model to the Porsche Taycan. Also, there are two flavours of e-tron GT on sale. The range-topping Rs 2.05-crore (ex-showroom) RS e-tron GT offers 600hp, while the Rs 1.8-crore e-tron GT quattro with us makes 475hp. There are electric motors front and rear that draw charge from a 93kWh battery pack positioned under the floor.

Low, long and wide, the e-tron GT looks absolutely stunning. There’s a lovely flow from front to back that makes it seductive and it even pulls off the unique shade of ‘Tactical Green’ like a supermodel. 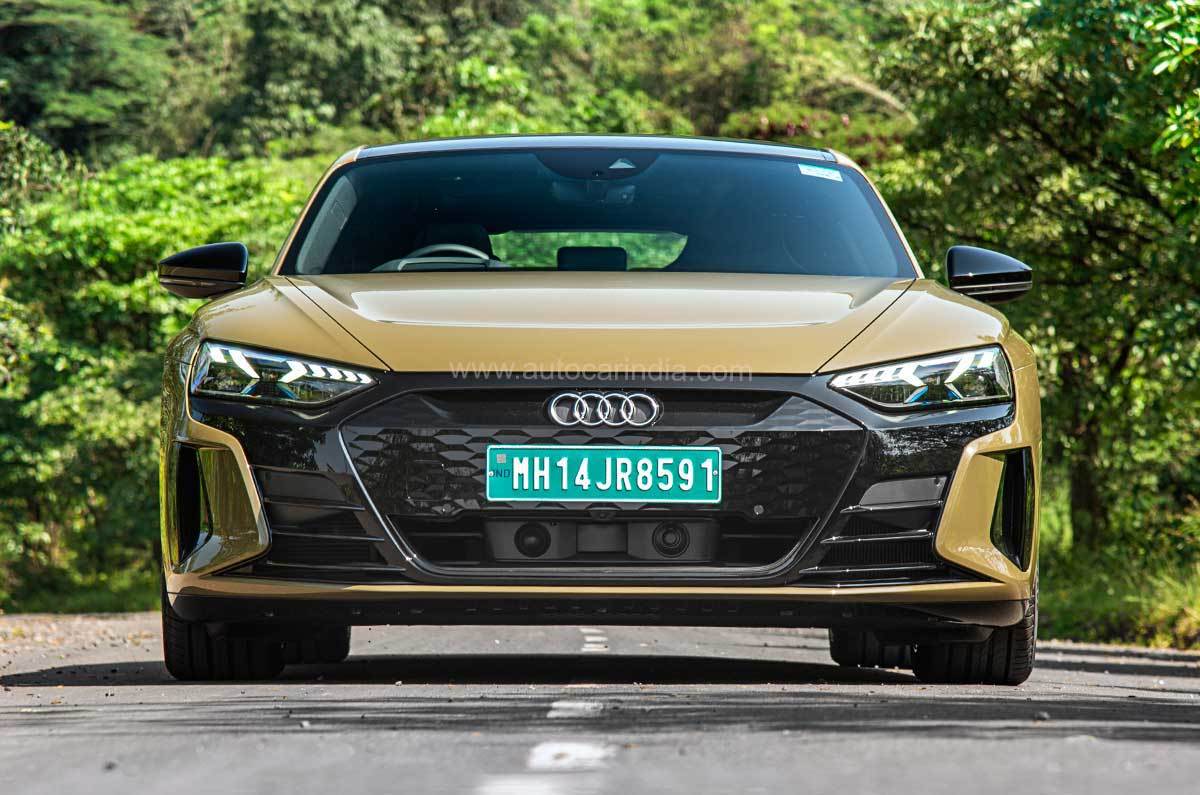 In true Audi style, the headlights are cutting-edge. Our test car’s optional ones get laser high beam, and do a little dance when you unlock the car. Audi’s traditional Singleframe grille, however, is merely a blackened panel, and it can be had in body colour too. Just wish there was a better way to conceal the housings for the optional ADAS radar and cameras. There’s an air curtain for slickest aero, the 20-inch rims look sleek, and at the sides, you’ll also note a sill that’s there to emphasise the position of the battery pack in the body. Handily, there’s a charging port on both sides of the e-tron GT. 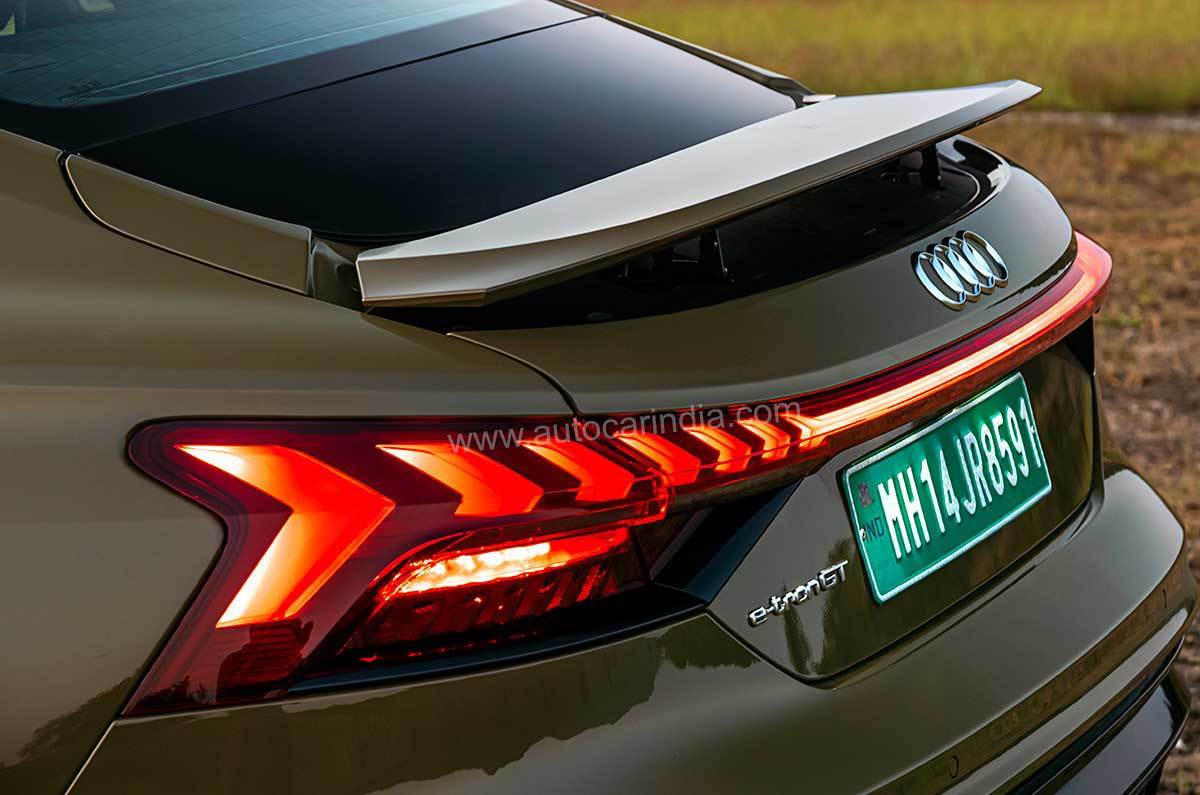 The highlight, however, is the e-tron GT’s voluptuous rear end. We love the way the haunches lead into the short deck (it sports a retractable spoiler), and the figurehead-like tail lights that are linked by a light bar. This is one sexy car.

The e-tron GT sits low to the ground, so it’s quite a drop down to its cabin. Inside, you’ll find a pleasing mix of new-age Audi as well as the familiar Audi. The asymmetric dash with the centre console angled towards the driver gives the cabin a sporty vibe, and what makes it look more special still is the lovely interplay of surfaces. Familiar elements come in the form of the Virtual Cockpit digital instruments that sport three themes and are further configurable in a number of ways, while infotainment duties are handled by a 10.1-inch touchscreen. The screen is slick and easy to use, but doesn't offer too much charging and battery data to geek out on. Interestingly, unlike the A6, Q8 and A8, the e-tron GT doesn’t get a lower touchscreen. Just as well, because the physical buttons for the climate control system are a lot easier to use on the go. Your co-passenger will find the touchpad rotary controller for the audio system a bit fiddly, but drivers will take easily to the toggle-like gear selector. 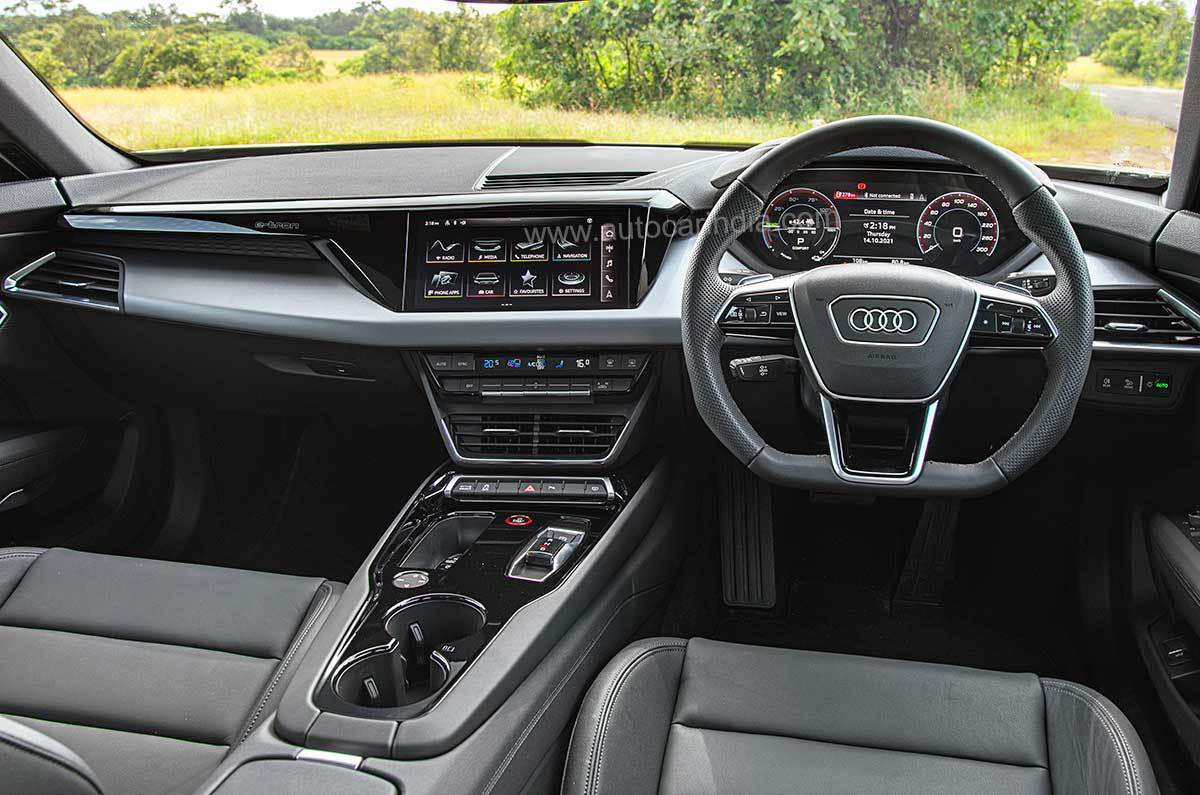 As you’d expect, cabin quality is really good and should you want to drive home your eco-friendly credentials, you can even opt for upholstery made almost entirely of recycled materials. Of the other things, the sports seats are really comfortable and you’ll also like the good frontal visibility. However, visibility out the back is limited. 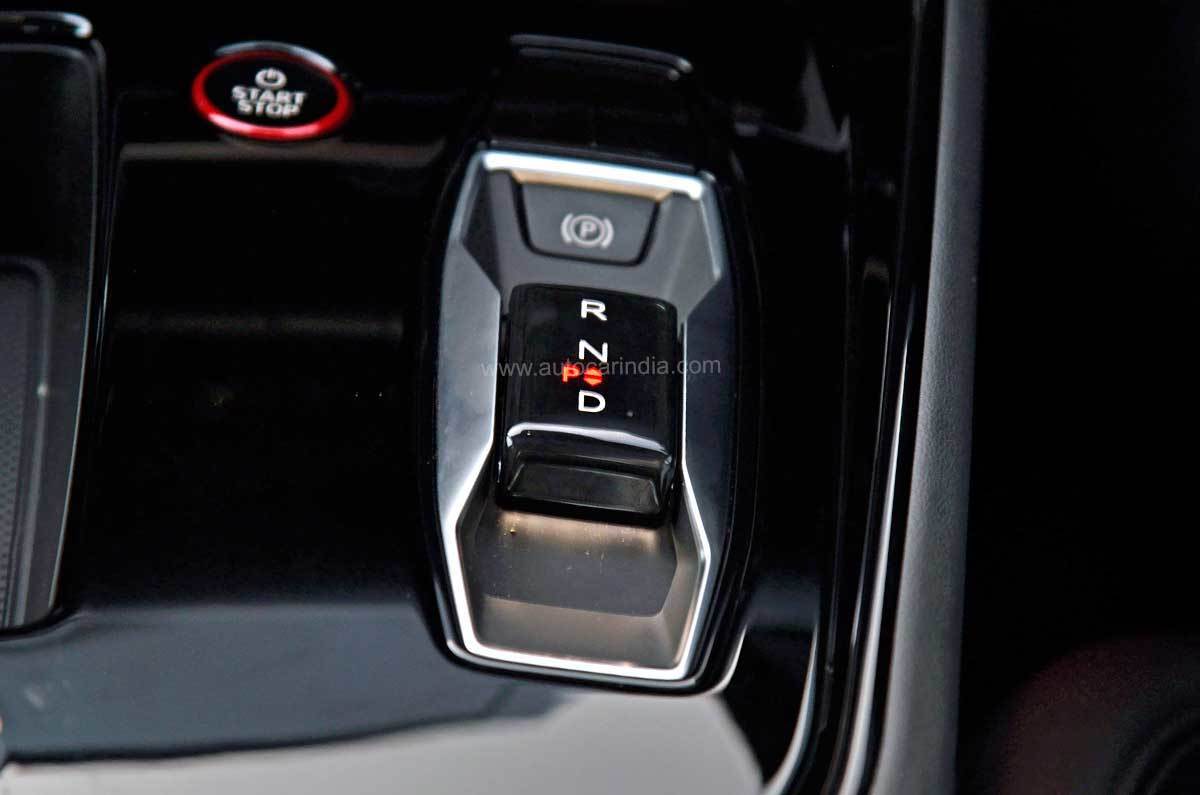 The e-tron GT’s rear seat ambience is best described as cosy. There’s no shortage of knee room even for tall occupants, but the small rear windows, and the seat contours make it best suited to two occupants. What’s nice is that the seating position isn’t knees-up as you’d expect on an electric car that houses the battery pack under the floor. Cut-outs in the battery pack (‘foot garages’ as Audi calls them) free up plenty of room for your feet, and it’s really the slightly upright backrest that takes a bit away from comfort. A heat-reflective glass roof is standard fit, but, unusually, it doesn’t get a retractable cover. For its part, the three-zone climate control keeps the cabin cool on a hot day, but if you touch the glass, you’ll feel the heat. A carbon-fibre roof is on the options menu as an alternative. 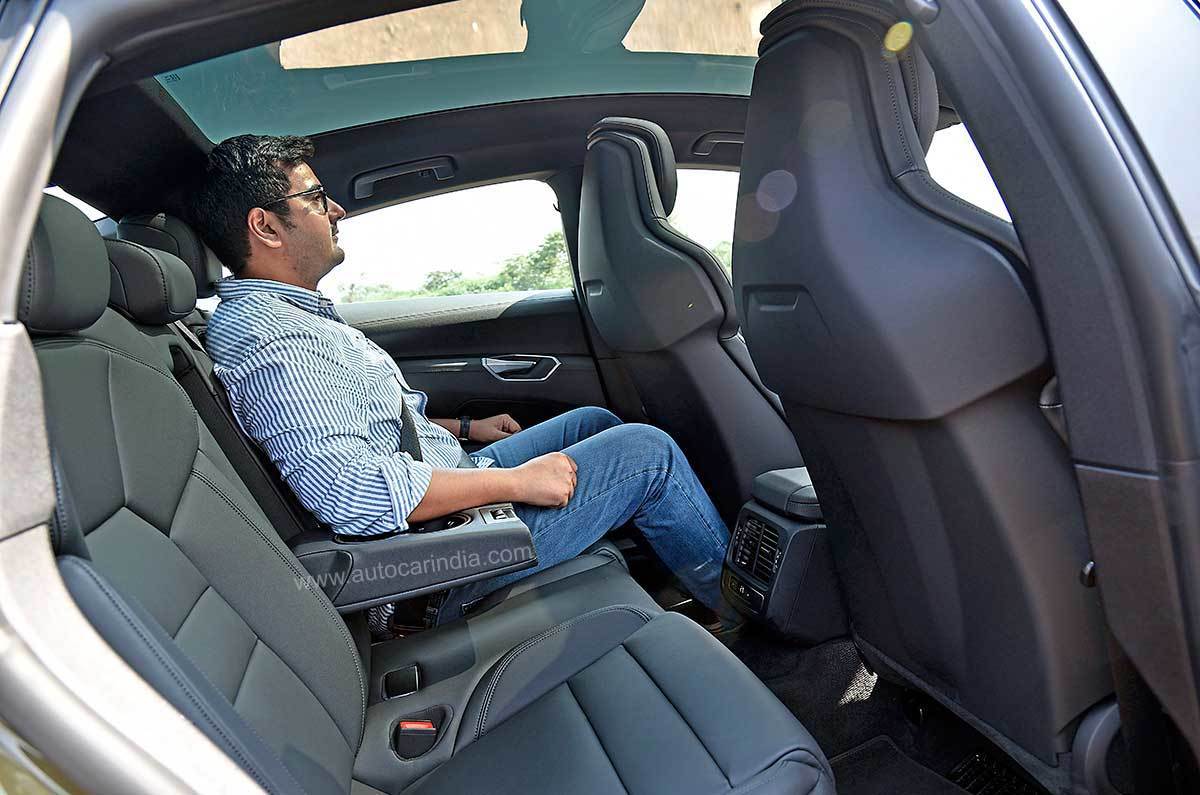 When it’s time to load luggage, you’ll note a sedan-like tail gate, and not a hatchback. There’s 405 litres of space on offer, but with the optional spare wheel, space will be enough for just a few soft bags. There’s an 85-litre frunk too, though the charging cables eat up quite a bit of that space.

As standard, the Audi e-tron GT quattro gets LED headlamps, digital dials, a 10.1-inch touchscreen, 3-zone climate control and a full-length glass roof. You can also spend big to enhance your GT. Items like air suspension, a 360-degree camera, park assist, a sound generator (more on this in a bit) and a Bang & Olufsen sound system are available as paid options. Curiously, many of the options on the e-tron GT quattro are standard on the RS e-tron GT, so you might actually get more bang for your buck opting for the high performance version in more ways than one. 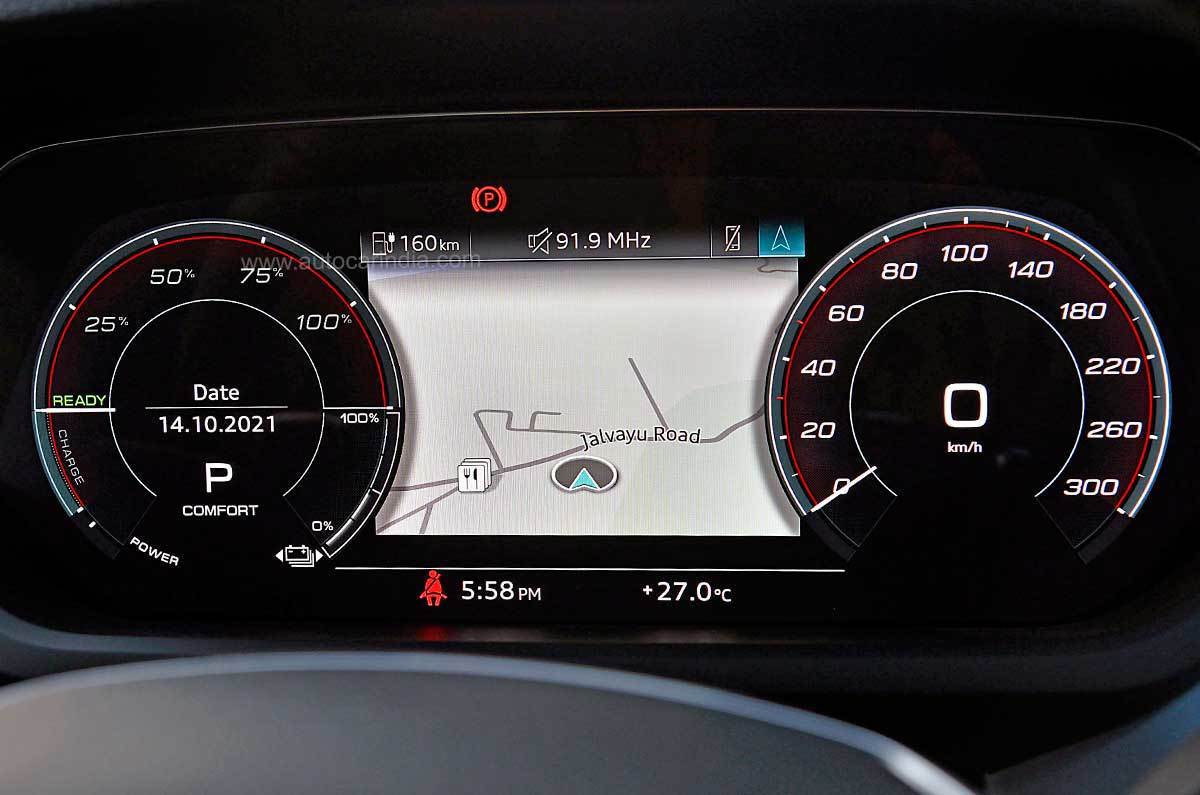 Electric cars are all about instant torque. Forceful acceleration is what you expect, and on the e-tron GT, forceful acceleration is what you get. 0-100kph takes a claimed 4.1 seconds, but the intense push back on your seat from launch suggests Audi is underplaying it. There’s no launch control on the e-tron GT quattro (the RS e-tron GT gets it), but when the system detects a full bore launch, it unlocks ‘boost mode’ that gives the full might of the electric powertrain for 2.5 seconds. On an e-tron GT quattro, that’s access to the full 530hp and 640Nm. Given how strong and violent the acceleration can be, ‘beast mode’ would, perhaps, be a more appropriate name. 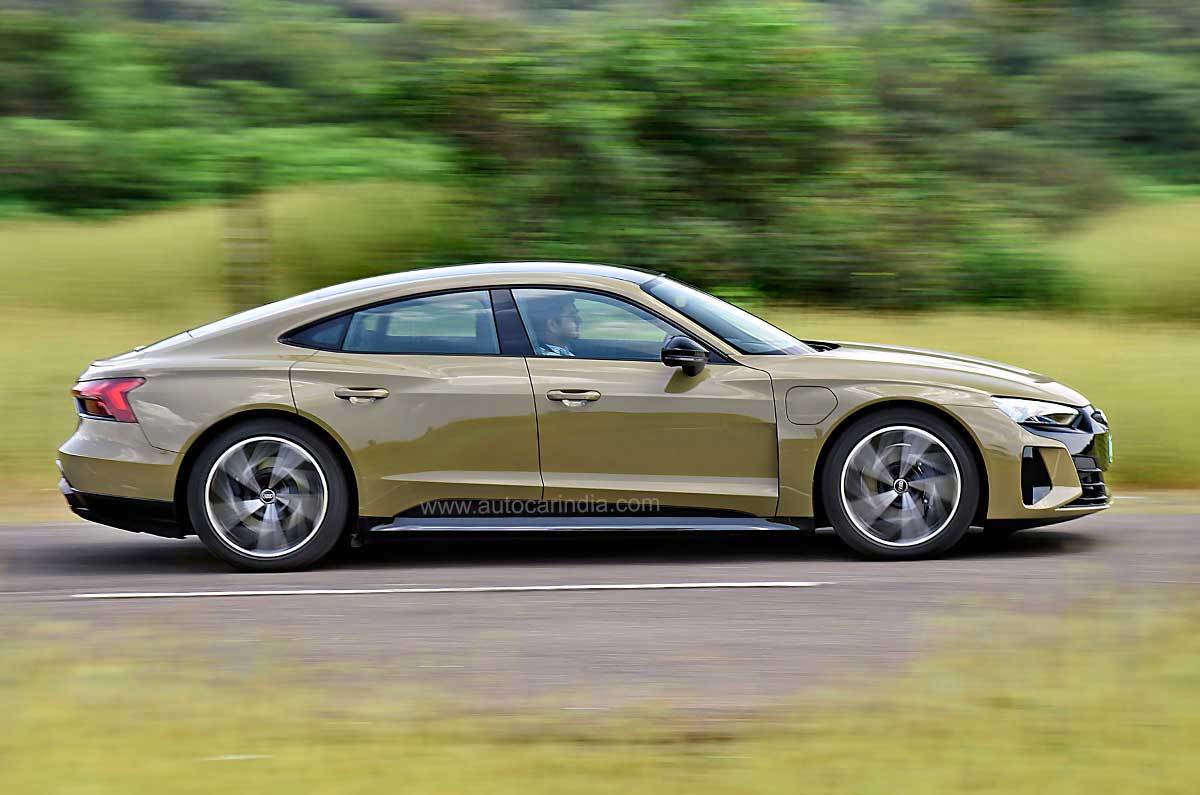 Interestingly, the e-tron GT’s rear motor uses a 2-speed automatic gearbox. There’s a short first gear for quick acceleration and a tall second gear for relaxed driving. The gearbox slams into first quite harshly when you press down hard on the accelerator, and what follows is a manic surge forward. There’s no delay in responses and the acceleration from rolling speeds is wild. Even gradient changes don’t slow progress.

And did we mention the way the e-tron GT sounds? At low speeds, you’ll hear a typical EV whirr from the motors, but at max attack joining the soundtrack is a synthesised sound. The metallic hum so to speak from the sound generator is what you’d best associate with a spacecraft, which, in its own way, is fitting for a car that’ll get you to warp speed in no time.

It seems no one told the heavy e-tron GT quattro (it weighs 2.3 tonnes) that it can’t dance. Because, with all the mass centralised and positioned low down in the body, the already low-slung GT is very obedient to commands at the steering. And through the corners, the GT just feels glued to the road. The all-electric quattro all-wheel drive system is said to be even quicker than the mechanical ones we’ve experienced and what you get is almost limitless grip. If we were to nitpick, we’d say that the steering is responsive but not quite pin sharp. Then again, this is a car with ‘GT’ in its name, so it’s meant to be that little bit relaxing. What goes fast must slow down faster, and the e-tron GT has you covered on that front too. The standard steel discs are strong, but if you intend to drive the wheels off your GT, Audi will sell you ceramic discs too. Regenerative brakes that feed energy recovered on braking back to the batteries are included too. The transition from regen brakes to friction brakes is smooth, and you can adjust the intensity of the regen brakes via the paddle shifters. However, the regen brakes aren’t all that strong and don’t allow single-pedal driving like some other EVs do.

Can it tackle our roads?

The e-tron GT will surprise you when you drive it as your everyday car too. Like all performance Audis, there’s a degree of comfort dialled into the set-up with a steering that’s easy to twirl at low speeds and a comfortable ride. Refinement is, expectedly, one of the highlights. At low speeds, a bit of tyre noise aside you won’t hear much of the outside world, and it’s ironic that a car that offers such explosive acceleration can also be your temple of calm when you need it to be. 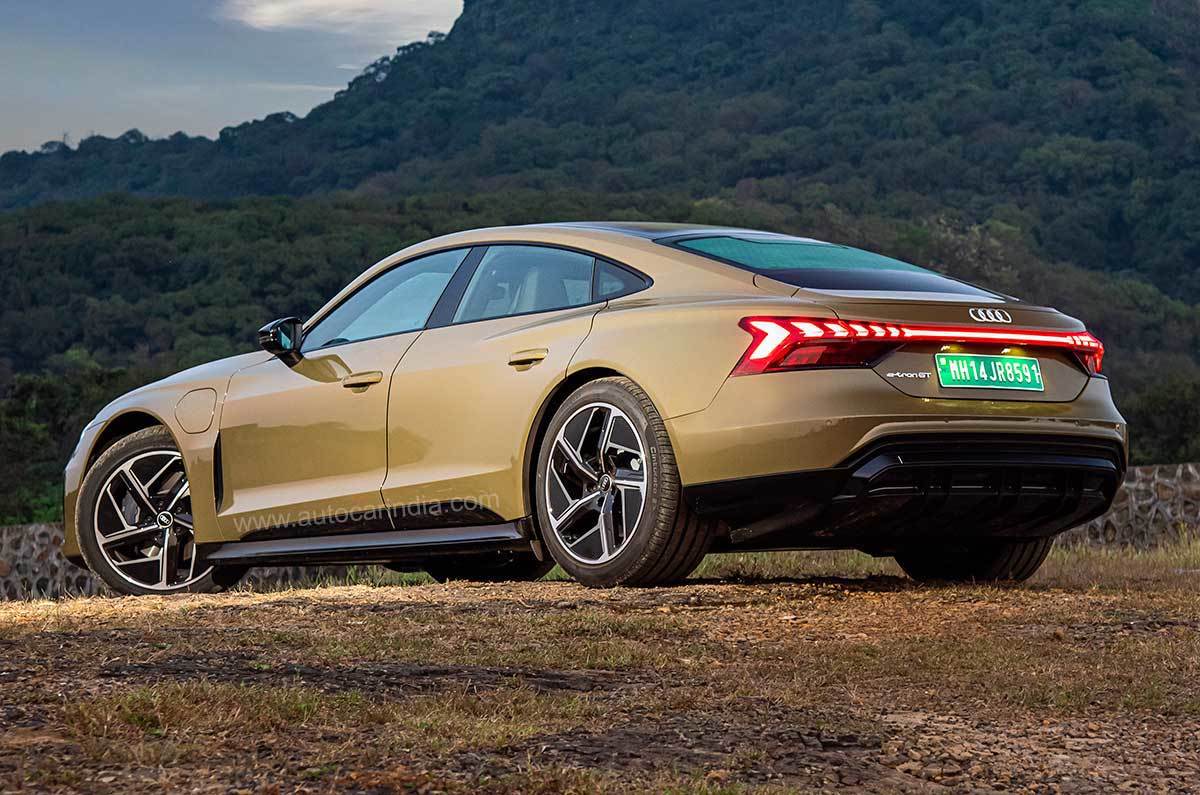 Also worth touching upon (pun intended) is the subject of ground clearance. EVs with their heavy battery packs positioned low down in the body are notorious for scraping their bellies, and that’s something you’d all but expect on the e-tron GT too. Commendably, with the air suspension set at its highest (it raises by 40mm taking clearance to an estimated 165mm), the e-tron GT will clear average-sized speed breakers without having you break into a sweat, though you will need to manoeuvre carefully on larger ones. Proceed with caution and you can even manage to get your e-tron GT to a scenic spot. Interestingly, the e-tron GT rides at its lowest in Efficiency mode, for best aero.

The e-tron GT has a WLTP range of 480km which should work out to 350km in real-world conditions. This is a car that you can enjoy on your favourite driving roads. Even so, your choice of favourite driving road will still be dictated by the proximity to a charging station. What’s promising is that the charging infrastructure is growing by the day, and what’s also nice is that the e-tron GT offers loads of options to juice up the batteries. There’s 11kW AC charging (9.5 hours for a full charge), 22kW AC charging (5 hrs 15 mins), 25kW DC charging (3hrs from 5-80%) and 50kW DC charging (1.5 hrs from 5-80%). The e-tron GT also supports 270kW DC charging that will charge the battery pack from 5-80% in just 23 minutes. Trouble is, the nearest 270kW charger is, perhaps, all the way in Germany.

If you’re an ardent petrolhead who needs the sound and character that only an engine can get you, this isn’t the car for you. The e-tron GT is a very different take on the performance car, and as a sign of things to come, it’s brilliant. 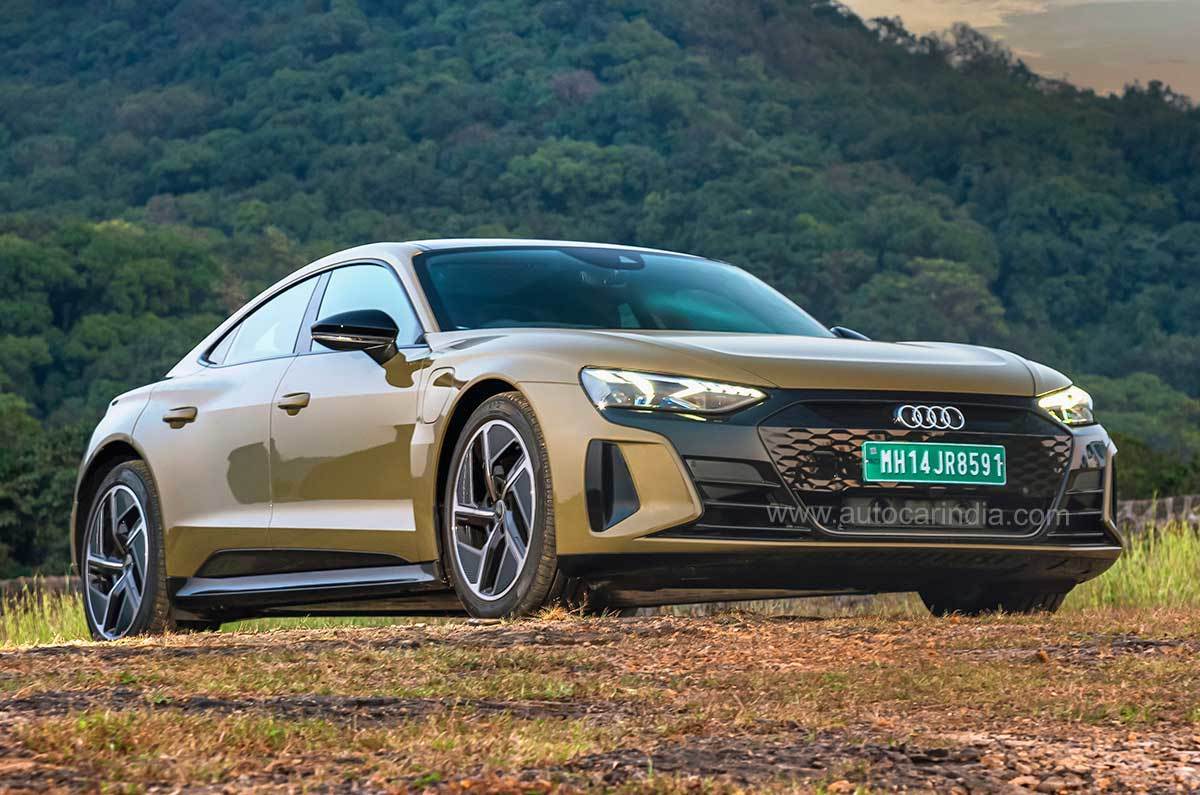 It’s a seductive looking car that’ll silently draw attention at a performance car meet, and just as silently will shock with the performance it has on offer. And we’re talking of the standard e-tron GT. The RS e-tron GT would be madder still. Yes, you can only use it in pockets across the country at the moment, but if you really think about it, on a full charge it’ll go as far as a petrol-engined performance model on a full tank.

The GT has its friendly and calming side though if you’re looking for all-out practicality, the e-tron SUVs would suit you better. This Rs 1.8-crore GT? It’s your all-electric indulgence.

It’s a car that’ll make you feel like Tony Stark, yet one that won’t invite the ire of Greta Thunberg.