The world’s most famous hybrid makes a comeback to India. And there’s a lot to talk about. 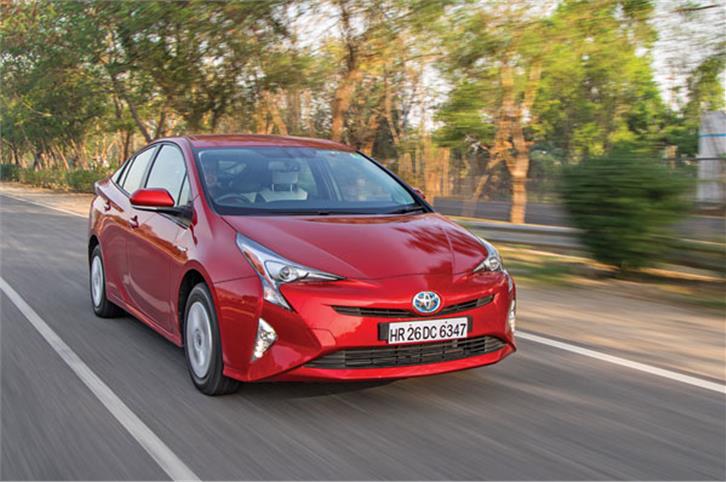 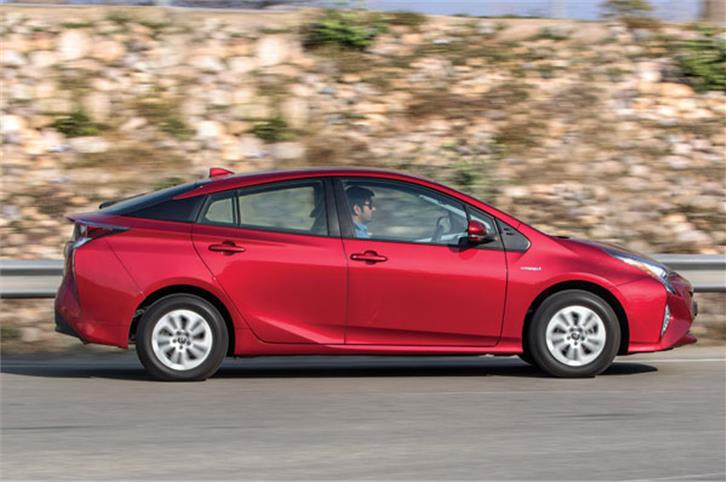 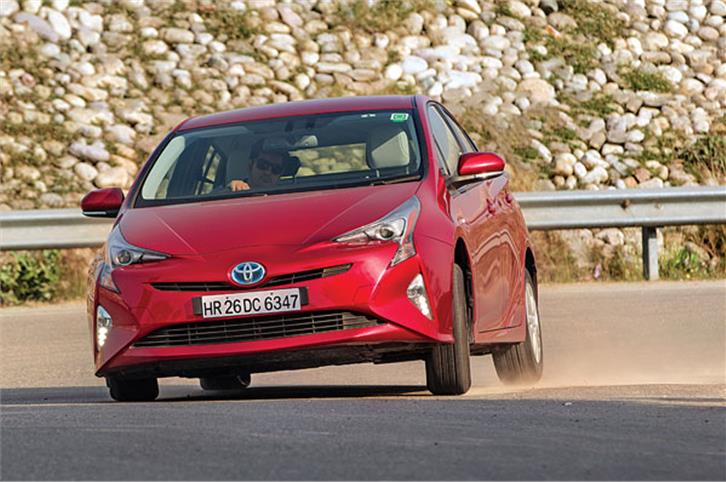 The new Prius doesn’t wince at the sight of corners. It’s reasonably fun to drive. 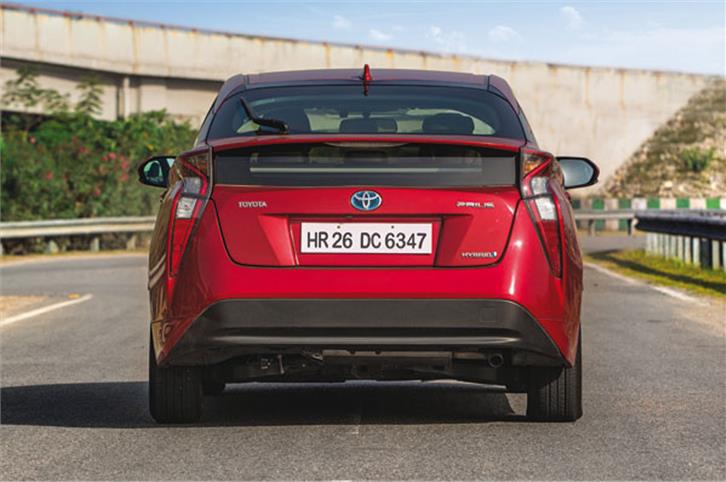 You can credit the Toyota Prius for the popularity and mass acceptance of hybrids today. It’s the car that opened the automotive world to the possibilities of supplementing a combustion engine with an electric motor, nearly two decades ago. And in as much time, the Prius has sold over 3.5 million units worldwide! But green and well-meaning as the first three generations of the car were, the Prius name is also synonymous with a dull driving experience and non-descript looks. And that’s where this fourth-gen Prius comes in. For the very first time, the phrase ‘fun-to-drive’ found mention in the engineering brief for the car. And one more thing is dead sure; ‘bland’ is not an adjective you’d use to describe the way it looks.

You’ll look at the new Prius alright; amused and bewildered perhaps, but you will look at it. There is a link to older Prius’ in this car’s fastback silhouette but Toyota’s designers have clearly not held back with styling as they did in the past. Almost concept car-like in appearance, the latest Prius is a radical amalgam of sharp surfaces and soft elements. The new Prius’ droopy nose is characterised by a sharp ‘V’ on the bonnet and complex multi-edge headlights. You also won’t miss the prominent ridge that originates at the rear doors continues rearwards and wraps around the car’s tail, splitting the rear windshield in the process. The large, protruding and vertically oriented tail-lights are a talking point in their own right; their LEDs give the Prius a distinctive light signature. Whether or not you take a liking to the said look, you are unlikely to be sold on the India car’s 15-inch wheels. Prius’ in other markets can be had with 17-inchers that just do so much for the design.

Unique as the Prius’ look is, it’s still about form following function here. And the function is to cut through the air as cleanly as possible. The Prius is among the slipperiest cars in production today, with a supercar-rivalling 0.24 coefficient of drag.

Interestingly, the new Prius places its electric motor battery under the rear seat rather than in the boot, and as a result the luggage bay is large and useable. And the Prius gets a full-size spare wheel too.

As with the exteriors, Toyota has gone for more emotive forms in the Prius’ cabin. The multi-layered dashboard with its white surfaces, finished in soft-touch plastics, and contrast-green side air con vent surrounds is a break from the norm. Sitting high up on the dash centre, the centrally-mounted instrumentation screens (there are two) are your biggest pointer of sitting in a car with a difference. Easy to read and customisable for layout (you can opt to see fewer details), the screens display a whole host of information including state of charge, instantaneous economy and eco tips for most efficient driving. The centre piece, quite literally, is the Prius’ 7.0-inch touchscreen that sits on a floating console. The screen is pleasant to use but sadly there’s no satnav, Android Auto or Apple CarPlay. However, a cool feature on the screen is a graphic that shows the source of propulsion in real time. Drivers can do without having to look at the screens thanks to the heads-up display that is standard on the car. Heated front seats, a wireless charging bay for Qi-enabled smartphones and a reverse camera are other features onboard. 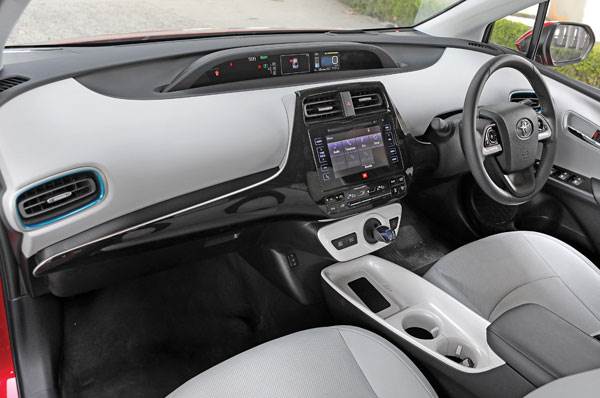 Leather seats are also standard and what comes as a pleasant surprise is just how comfortable the seats are. Cushioning is supple, with the shapely front seats offering good comfort even over long drives. Even the rear seats are more than pleasant and offer a fair amount of space. If there’s something to bring up, it’s the stubby dash-mounted gear lever. The joystick-like selector takes time getting used to.