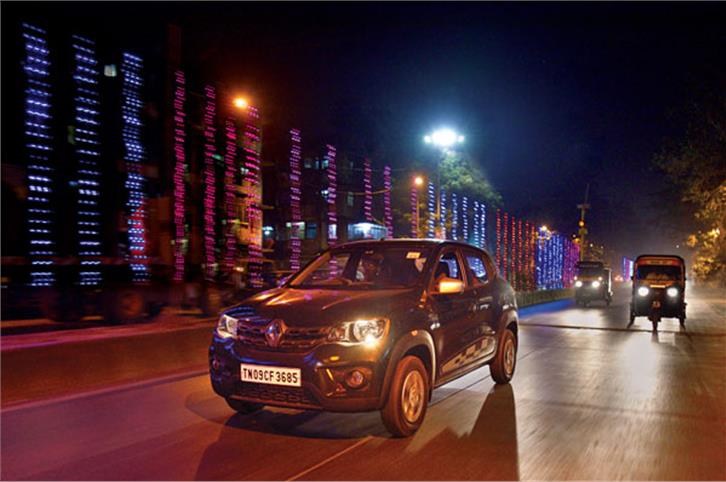 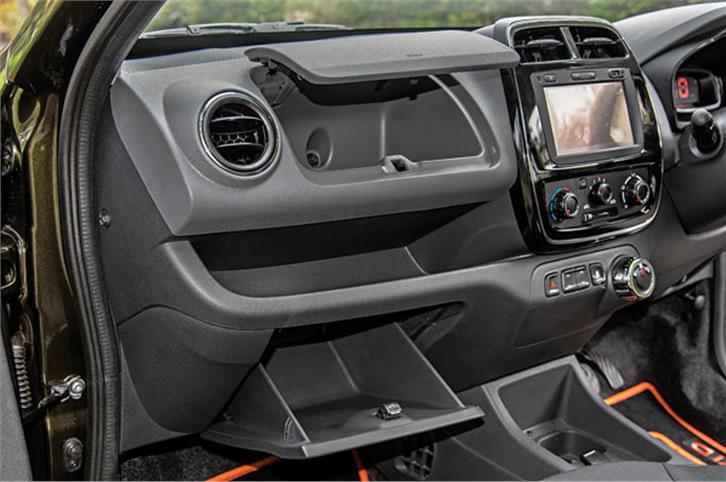 The Kwid’s interior has plenty of cubbyholes. 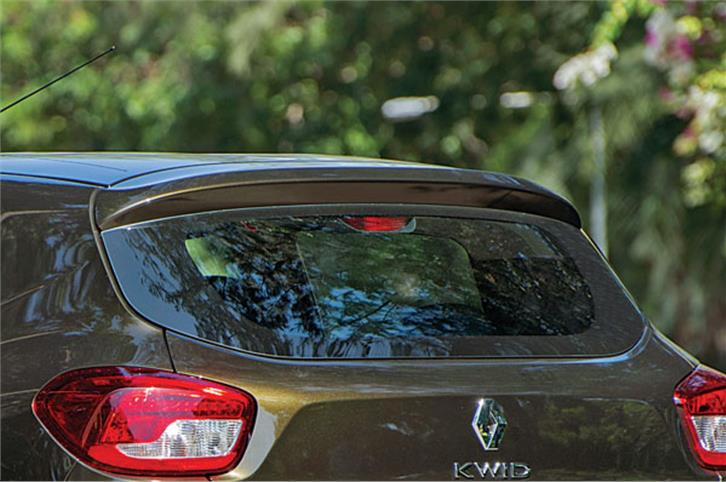 No rear wash/wipe; a striking omission on the top-spec Kwid. 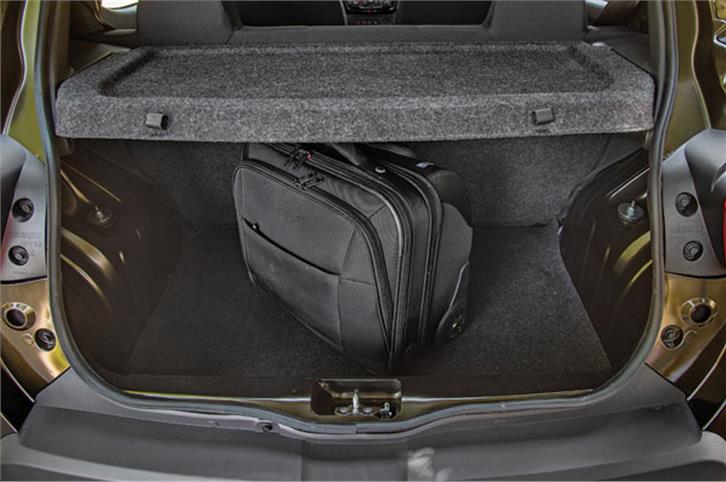 Massive 300-litre boot holds a lot more than you would expect.

Another Kwid joins our fleet, but this time it’s the more powerful one.

The keys to the second Kwid in our long-term fleet have been handed over to the small car loyalist of the team – me. This Outback Bronze example replaces the fiery red Kwid we said goodbye to a few weeks ago. Of course, it’s not just the colour that distinguishes the Kwids old and new, but also what’s under the bonnet. This is the Kwid 1.0 with the larger 999cc engine. While they do share some similarities from the outside, the largish ‘1.0’ badge and chequered decals on the door tell the world: ‘I’ve made a move up’. However, I think these distinguishing details are a bit overdone and tacky; a subtle ‘1.0’ badge on the fender or on the boot lid would’ve been a classier touch. The Kwid 1.0 also gets silver mirror caps which are unique to this model.

Having heard my colleagues – who spent 45 days in the car, covering 20,000km on the Delhi to Paris drive – talk about the impact the larger engine has had on the Kwid, I had a fair idea of what to expect. They were right. It really does feel like the more sorted version of Renault’s blockbuster hatchback. The older Kwid’s 54hp, 800cc engine was just okay. It was whiny and the hesitant low-speed power delivery took away from the experience. The new Kwid’s 68hp, 1.0-litre motor, on the other hand, has changed the car’s character in a positive way. Power delivery is much smoother and the engine is quieter too: quieter being the operative word here. That typical three-cylinder idling noise and vibrations still remain. 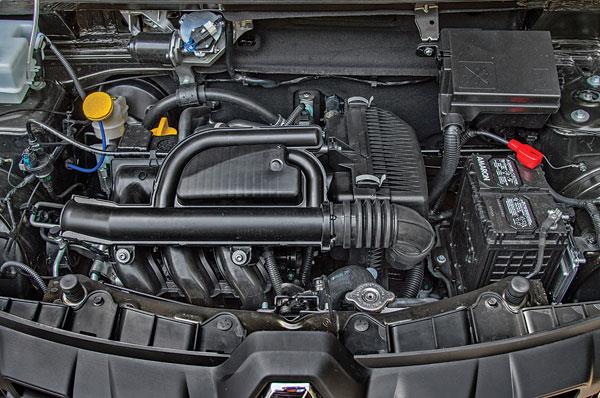 What’s instantly noticeable is that this car takes off faster than its 800cc cousin. Our test data show that the more powerful Kwid is around 3sec quicker. However, having driven the Maruti Alto K10 (the one with the 1.0 engine) quite a few times, I would rate its K10 engine higher. Still, the Kwid 1.0 is a huge step up from the 0.8. Thanks to the peppier engine, this Kwid is actually fun to punt around in city traffic. The added performance has also brought in a degree of versatility to the Kwid. I’m more comfortable with the idea of taking this version out of town than I ever was with the Kwid 0.8.