Merc’s most affordable convertible in India is easy going and very likeable. 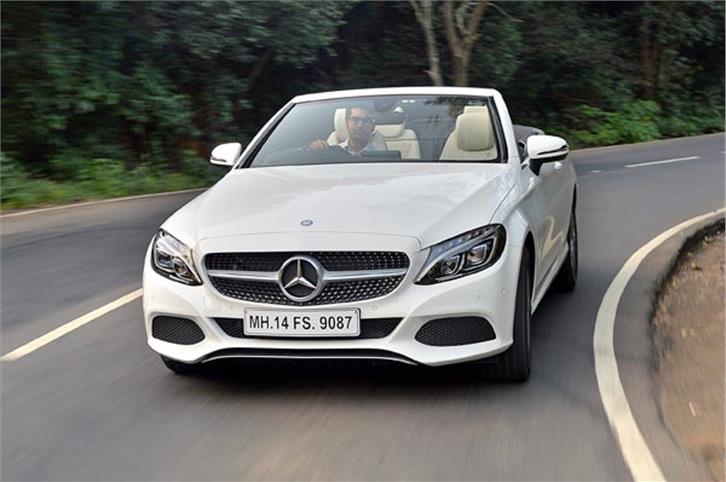 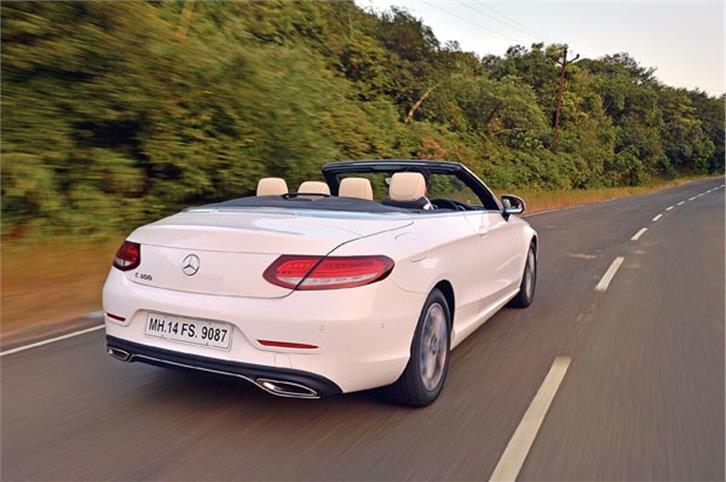 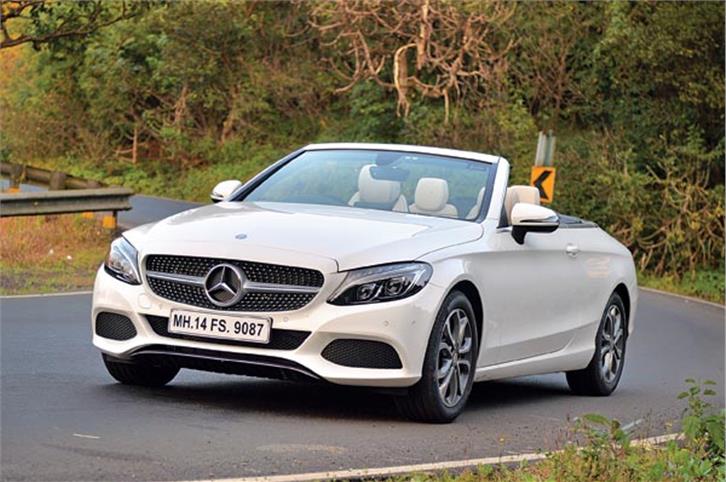 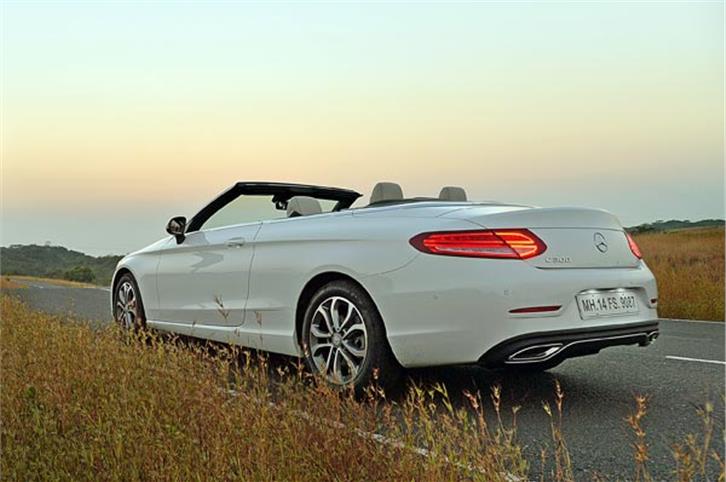 The C Cabriolet is the latest addition to the now four-model strong Mercedes convertible line-up in India. Priced at Rs 60 lakh (ex-showroom, Delhi), it is also the most affordable of the convertibles to wear the three-pointed star. As is quite obvious, the C Cabriolet is the convertible version of the C-Class sedan. Both cars are built on the same platform and, in fact, are identical in length, width and wheelbase.

Mercedes designers have done a splendid job of translating the C sedan’s style on to a convertible form. The front-end is classy and the wedge-shaped tail (ala the S-Class Cabriolet) is nicely done. If there’s anything to bring up, it’s that fatter rubber and perhaps larger rims (these ones are 17-inchers) would have helped draw less attention to the slightly awkward mass of metal above the rear-wheel arches. But overall, the shape is the right blend of regal and sporty. 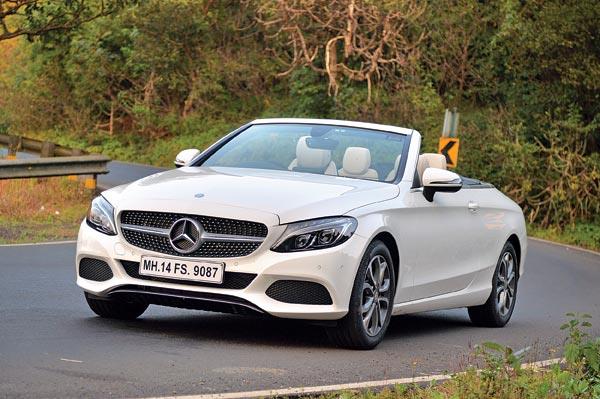 There’s also some scope for customisation with four body colours as well as four colours for the fabric roof on offer. The roof can fold/unfold in 20 seconds and what’s nice is that you don’t need to be at a standstill to lower/raise it; it’ll do so at speeds up to 50kph.

From the driver’s seat and with the roof up, the Cabriolet feels just like the C-Class sedan. The dashboard is identical to the C sedan, which is a very good thing. In general, there is a level of richness to the cabin that makes it feel really special indeed. The shapely front seats are large, offer full electric adjust and also get cool ‘belt feeders’ that extend the seat belts towards the occupants for easier access on entry. However, those seated at the back don’t have it quite as nice. Sure, the large doors open wide, the front seats slide forward electrically and the thick carpets serve as a nice point of initial contact for the rear seat occupants. The backrest is also way too upright and there’s not much headroom with the roof in place. Fold the roof and the already limited boot space shrinks that vital bit further. Then again, practicality is not the prime consideration when buying a convertible. 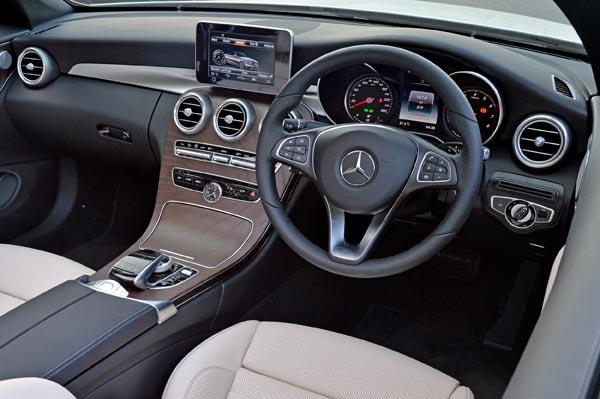 Mercedes has brought in the C300 in one version only and it does come with quite a lot of standard equipment. On board is a Burmester surround-sound system, 3-colour adjustable ambient lighting, front seats with memory, park-assist (it will locate and steer the car into a parking automatically), LED headlights and satellite navigation. The Cabriolet also runs Merc’s latest infotainment system though a faster processor and a larger screen for the display wouldn’t go amiss.