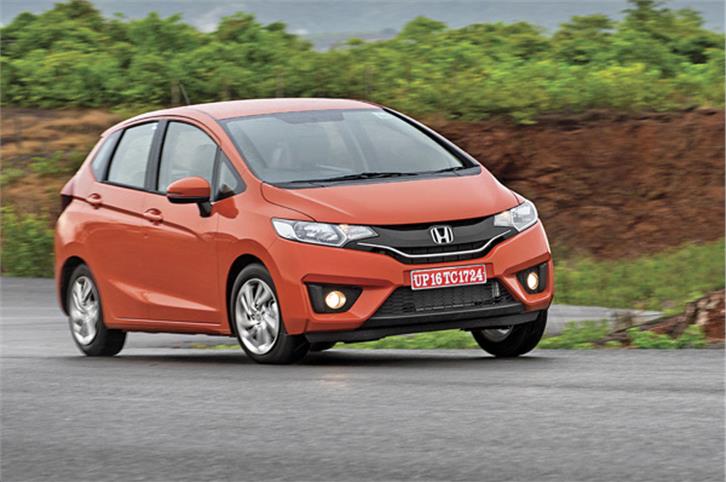 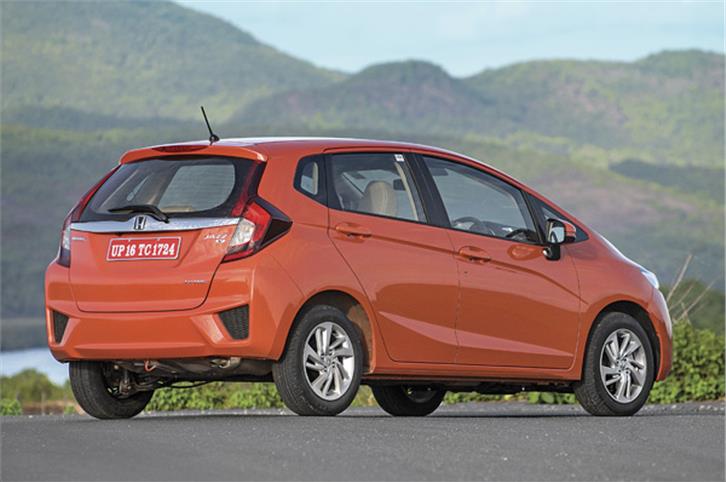 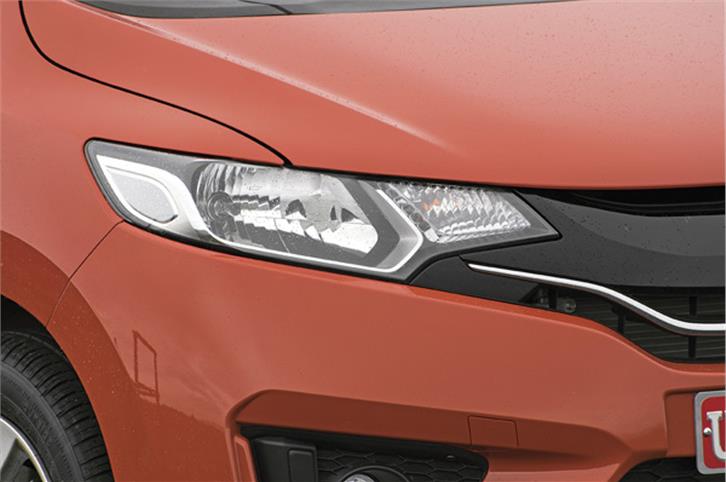 Angular multi-element headlamps blend in well with the grille. 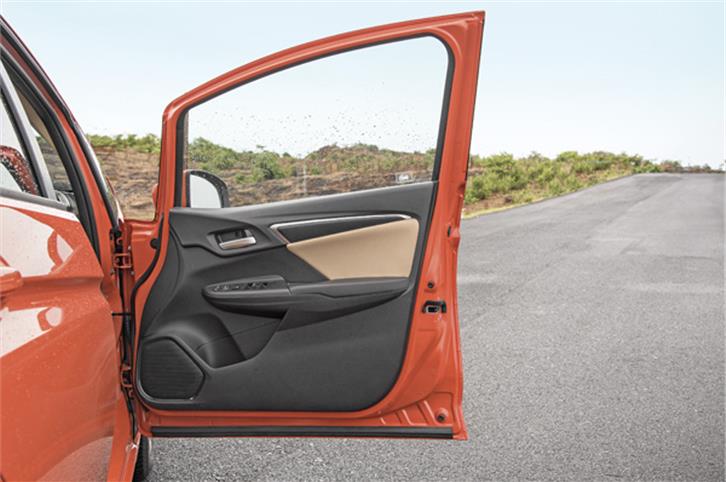 Read the 2015 Honda Jazz review, road test from Autocar India; The premium hatchback's back in India for its second innings. So, do the numbers on paper reflect in real-world results?

The latest Jazz may look like the old car, but underneath, it is all-new. It’s based on the new City platform, which is more rigid and lighter than the old one. The new Jazz is also 55mm longer and 10mm taller compared to the old car and even the wheelbase is stretched by around 30mm, which helps it generate even more interior space than before. Credit goes to Honda that despite the larger dimensions, the new Jazz is actually 10kg lighter than its predecessor. The new Jazz uses a conventional suspension layout. The front is suspended by independent MacPherson struts while the rear is a non-independent torsion beam.

The Jazz might have a brand new chassis but it still retains the old car’s silhouette and is easily recognisable. The fuel tank is still placed under the front seats which makes the boot deeper and liberates a lot of space in the rear. While the new car apes the predecessor’s raised central bonnet section, it uses more angular lines. Lots of interesting elements have been added to make the new car look more aspirational – the large, angular headlights that nicely blend with the multi-element grille look very striking. There’s a strong shoulder-line that runs across the side which gradually widens towards the large 3D-effect tail-lights. Despite these elements, the Jazz’s function-over-style shape is evident; it lacks the sporty stance of its rivals from Hyundai and Volkswagen and even looks a touch MPV from certain angles. That said, the tail is attractive and comes embellished with reflectors that flank the rear windscreen and a wide band of chrome that runs along the width of the boot.