Volkswagen Virtus sedan revealed; bookings open ahead of May 2022 launch

Made-in-India Virtus replaces the Vento; will be sold in India and multiple international markets as well. 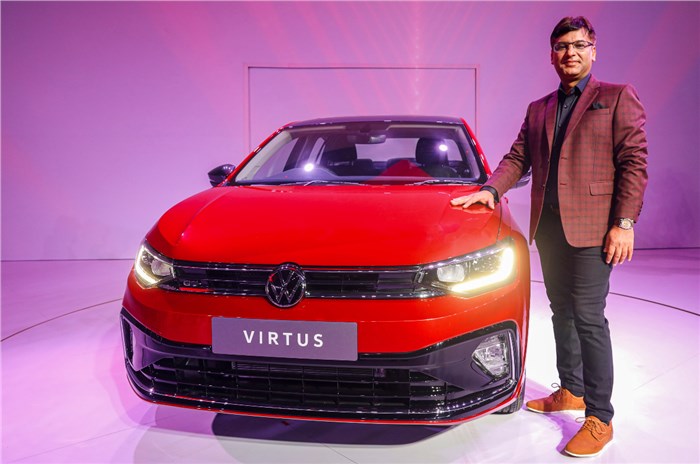 New Volkswagen Virtus will be available in two variant lines. 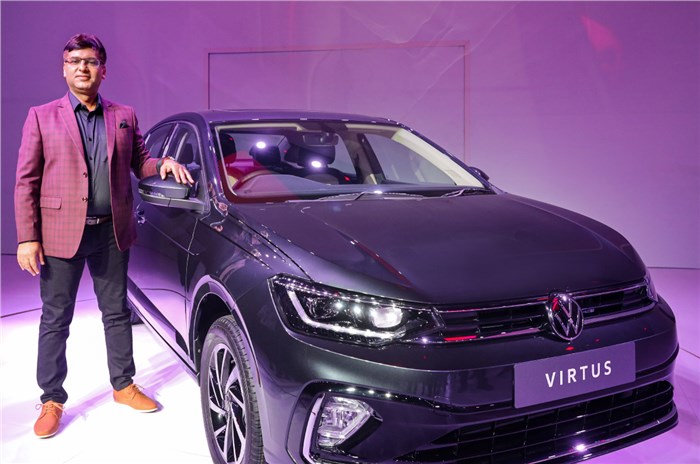 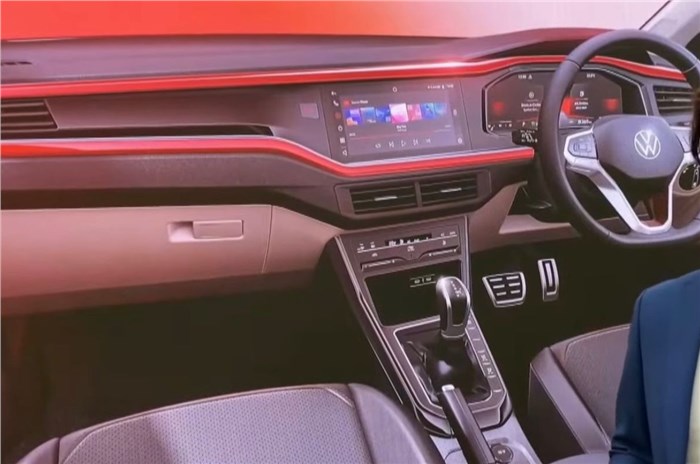 Virtus GT gets red detailing and aluminium pedals inside.

The new Volkswagen Virtus has just made its world premiere and India will be the first market the sedan will go on sale in. It’s worth noting that Volkswagen already sells the Virtus abroad as its global midsize sedan, and the model unveiled today is its made-in-India facelift that will be sold in over 25 countries. The Virtus will also replace the ageing Vento sedan in VW’s India range.

On the styling front, the new Virtus stays true to the Volkswagen’s latest design language, with its sharp and well-proportioned overall look. Up front, there are sleek wraparound headlights with tasteful chrome accents on the grille and bumper. When viewed in profile, its relation to its sibling – the Skoda Slavia – is most pronounced, as its silhouette, glass house and shoulder line are virtually identical. The rear of the new Virtus sports wraparound tail-lights and a neat bumper design. The top-spec Virtus 1.5 will be called the Virtus GT, similar to the Taigun GT. The Virtus GT gets plenty of black detailing on the exterior to help it stand out from the rest of the range.

The Virtus is based on the same MQB A0-IN platform as the Skoda Slavia, and hence, its no surprise that it is dimensionally similar. It measures in at 4,561mm long, 1,752mm wide, 1,507mm tall, and has a wheelbase of 2,651mm, making it one of the larger sedans in the midsize segment. It has a boot space of 521 litres.

Inside, the cabin layout is modern and quite similar to the Taigun SUV: the Virtus also has a layered dashboard with a neatly incorporated 10-inch touchscreen infotainment system and VW's new three-spoke steering wheel. The GT variant gets red detailing on the dashboard, red stitching and aluminium pedals which ups its sporty quotient.

Gearbox options consist of a 6-speed manual offered as standard with both engines. Additionally, the 1.0 TSI can be had with a 6-speed torque converter, while the 1.5 TSI comes with a 7-speed DCT gearbox.

VW is expected to launch the new Virtus in the coming months. Once launched, it will compete with its sibling the Skoda Slavia as well as the rest of the midsize sedan segment which consists of the  Honda City, Hyundai Verna and Maruti Suzuki Ciaz.