Vento facelift to get all-new nose and minor mechanical changes. 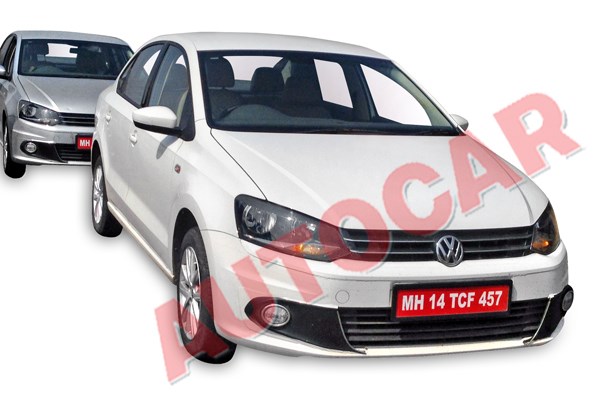 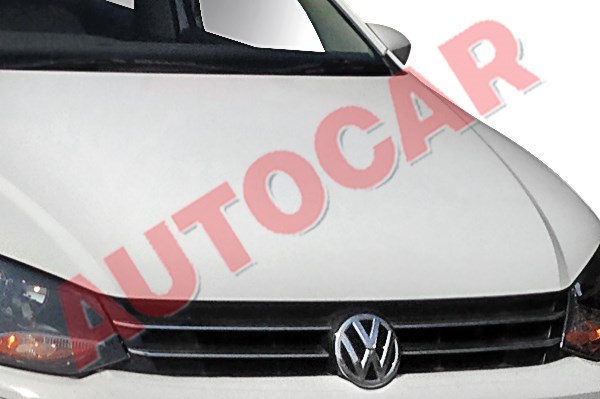 Vento facleift to get all-new bonnet. 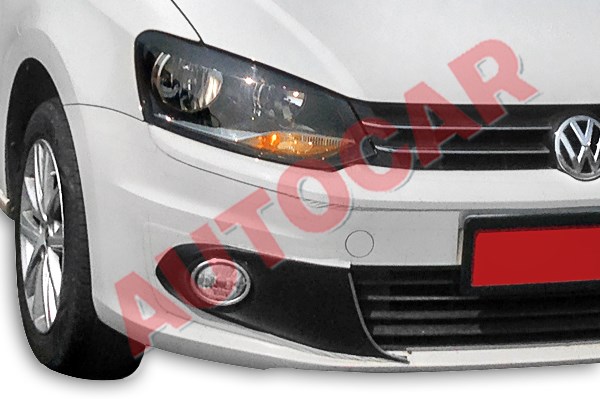 New front bumper and grille expected on the updated Vento.

Volkswagen's Vento is all set to get a facelift later this year. A more substantial one in comparison to the recently updated car (that only got new headlights and wheels), the new car is likely to feature an all-new nose as well as a few mechanical upgrades.

Spotted testing near Pune, the car is more a test mule than a finished product that has been camouflaged to hide its identity. This can clearly be seen from the manner in which a makeshift bumper has been put together. There's a temporary plastic flap covering the fog lights on each side of the bumper, the area under the headlights has been altered and the bumper looks wider; look closely. What's clearly visible is that the new Passat-like grille is now carried a bit lower down than on the earlier car, there's an all-new bonnet (the cut out for the big VW logo is missing and this new bonnet gets a double crease) and the new chin of the car is likely to be both wider and have a larger air inlet. The bumper at the rear also appears to be wider and there's a new horizontal bar across the rear that's likely to be finished in chrome.

Mechanical changes are thought to be limited to recalibrated engines. And the new cars are likely to make use of more optimised gear ratios, especially those on the twin-clutch DSG automatics, that currently aren't as well suited to Indian traffic conditions as they could be.

There's little doubt, the new Vento in this new avatar, will look more modern and lower slung than the current car. And there's likely to be a lot of similarity between it and the new compact Polo sedan, up next from the German carmaker. Expected to hit the market in time for the bump in Diwali sales, the new Vento will take on competition like the new Hyundai Verna, Maruti Ciaz and the leader of the class, the Honda City.