The new Polo-based compact SUV will be competitively priced; take on the Creta. 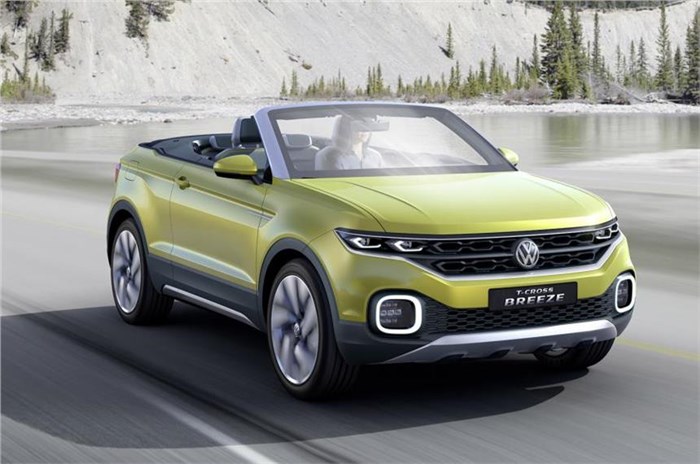 The VW compact SUV will get styling based on the T-Cross Breeze concept (shown above).

Slated to come to the market in 2018, the new compact SUV is likely to be based on the MQB A0 platform. This will also underpin the next-gen Polo hatchback.

The design will be loosely based on the T-Cross Breeze concept shown at the Geneva Motor Show earlier this year, and VW has confirmed that the new SUV will come with plenty of tech and a quality interior. Expected to be a Hyundai Creta fighter, the T-Cross Breeze concept is a clear departure from VW’s current style sheet and comes with more muscular and sinewy lines.

On the inside, this new SUV is likely to be pretty spacious. This is because the stance of the car is quite upright, and so, like a tall boy, there’s more than sufficient space in the rear.

Globally, VW is likely to use a three-cylinder 1.0-litre TSI petrol. For India, the T-Cross is likely to get the localised 1.2 TSI four-cylinder motor with a similar amount of power (112hp) and a retuned and more powerful version of the 1.5 TDI (117hp) that’s currently made here.

What VW India will be quite bullish about is the fact that its new compact SUV will allow for a higher margin than the new-gen Polo, whose cost VW India is struggling to get right.