Volkswagen will unveil two iterations of the T-Cross SUV at three locations, simultaneously. 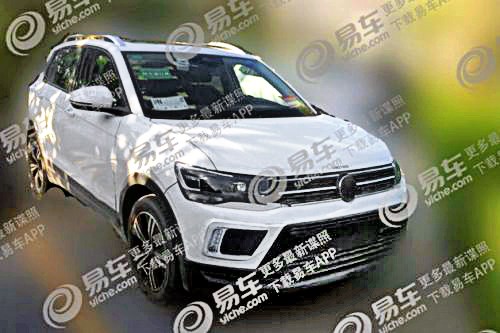 The T-Cross, Volkswagen’s smallest SUV, will be unveiled globally next month. We had reported earlier that the company is building not one, but two different versions of the SUV. The T-Cross unveil event is likely to take place in three locations at the same time. The event will take place in Germany, Brazil and Chile.

The T-Cross that will be shown in Germany will the Euro-spec version with a 2,560mm wheelbase, while the ones that will be unveiled in Brazil and Chile will be slightly longer versions with a 2,650mm wheelbase, which are based on a slightly tweaked version of the MQB A0 platform and aimed at emerging markets like Brazil, China and India, to name a few. Volkswagen will also showcase this version of the T-Cross at the Sao Paulo auto show on November 6, 2018 and in China at the Guangzhou motor show in mid-November.

While our sister magazine has already driven a close-to-production version of the Euro-spec T-Cross, we’ve got our hands on a new set of spy shots of the T-Cross for emerging markets. The SUV was spotted in China recently with minimal camouflage that revealed most of its exterior and interior details.

As we reported earlier, the India-bound T-Cross will get an extended wheelbase of around 2.65m as compared to 2.56m on the Euro-spec T-Cross. The longer wheelbase would translate into better cabin space and more cargo room, which, according to sources, could be as high as 380 litres. The T-Cross will also come with adjustable rear seats that can be moved forwards or backwards, thus liberating more cargo or legroom as required.  New spy shots reveal the model will get a slightly tweaked fascia with subtle touches of chrome on the grille and on the tailgate. The model will get simpler LED daytime running lights, placed vertically.

On the inside, the T-Cross will have a dashboard and centre console design similar to the ones seen on the latest-gen Polo and Virtus sedan (both are not sold in India currently). The dashboard has a simple layout with a large 8.0-inch touchscreen infotainment display taking centre stage. The SUV’s interior will also get an optional package that will allow buyers to select colour-coded bits for the dashboard and centre console. Additionally, a large 10.25-inch display will replace the traditional gauges on the instrument cluster, at least on the higher-spec variants of the T-Cross SUV.

India will get a Skoda-badged SUV based on the T-Cross first. The new Skoda SUV will share multiple body panels with the T-Cross but will have its own identity as it will take some styling cues from the Skoda Vision X SUV concept showcased earlier this year, as we had also reported earlier. Both SUVs will be powered a 1.0-litre, three-cylinder, turbo-petrol engine, which is good for around 115hp and will most likely be offered with six-speed manual and seven-speed DSG automatic gearboxes.

The India-spec VW T-Cross and its Skoda derivative will measure around 4.19m and will take on the likes of the Hyundai Creta, Renault Captur, the upcoming Tata Harrier and the Nissan Kicks when they launch in our market sometime during or after 2020. The Volkswagen T-Cross SUV for emerging markets will see a world premiere at the upcoming Sao Paulo motor show in November 2018.