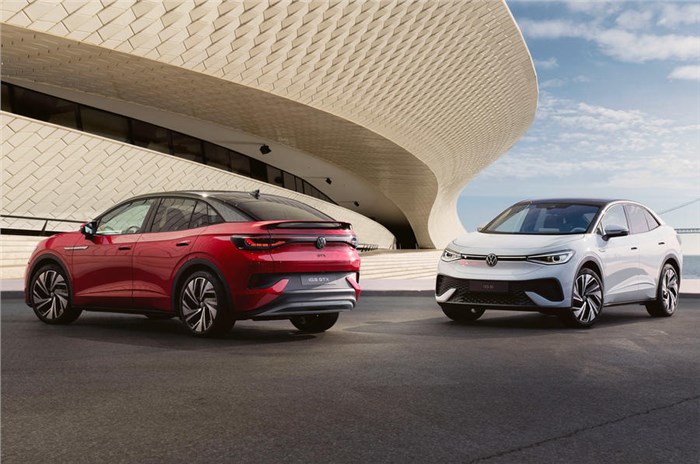 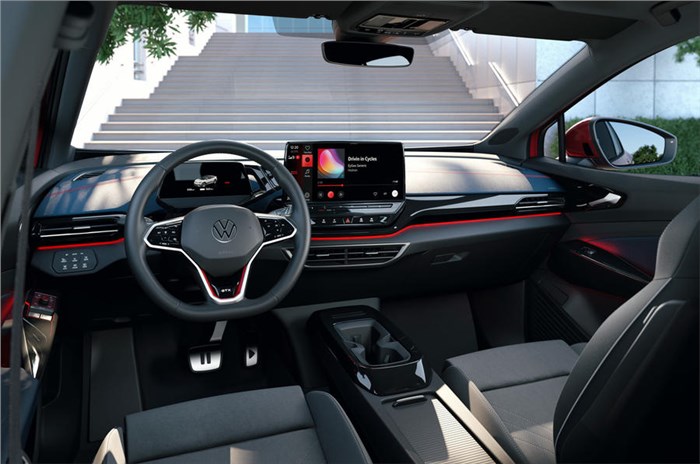 The all-electric, coupé-SUV follows the more conventionally styled ID.4 SUV, and gets a 77kWh battery pack, giving a maximum range of 520km.

The new ID5 is the third member of Volkswagen’s family of bespoke EVs, joining the ID.3 hatchback and the closely related ID.4 SUV. The new model is essentially a rakish-roofed version of the ID.4, and, as such, stands out with a sloping roofline and a boot-lip spoiler.

Like on the outside, the ID.5 is largely similar to its more conventionally styled sibling on the inside as well. Volkswagen is, however, ushering in an updated version of its touchscreen infotainment system with the coupé-SUV, promising faster response times, though the controversial touch-slider air conditioning controls remain.

Elsewhere, the ID.5’s cabin is virtually unchanged from the ID.4, save for a 12mm reduction in rear head room and a shorter boot.

A 77kWh battery offers a maximum range of 520km – a slight boost over the straight-backed ID.4, courtesy of the new car’s improved aerodynamics.

Like its sibling, the ID.5 will also be offered in performance-focused GTX guise with an additional motor on the front axle, bumping output to 299hp and cutting the 0-100kph time to 6.3sec. The additional power does reduce the range, but the ID.5 GTX can still do 489km per charge.

With Audi already having launched the e-tron, e-tron Sportback and e-tron GT in our market, and the Porsche Taycan being launched soon, VW is set to follow in the footsteps of its group companies. We have already reported that the ID.4 SUV is slated to be launched here next year, priced at about Rs 60 lakh (estimated, ex-showroom). It, however, remains to be seen if the ID.5 makes it to our shores as well.