Vitara Brezza, Creta are the best-selling SUVs in January 2019 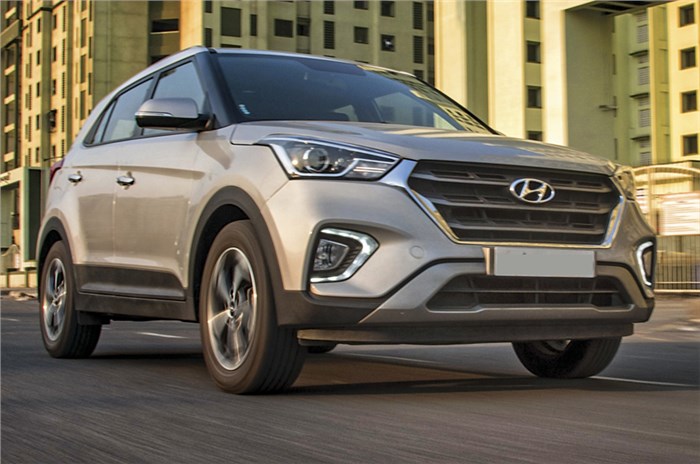 Sales of utility vehicles (UVs) in India have slowed down slightly during the month of January due to a few of factors – concerns about fuel efficiency in times of fuel price uncertainty and a general wariness of making new purchases in the run up to general elections in May. The UV segment sold 82,772 units in January (January 2018: 85,840/ -3.57 percent) and constituted close to 30 percent of the total PV sales of 2,80,125 units (-1.87 percent).

The segment has recently seen the introduction of a number of new models with Nissan bringing the Kicks, Tata launching the much-awaited Harrier, and Mahindra revealing prices for its XUV300 compact SUV. Kia Motors, MG Motor and Hyundai are expected to bring new models during this year as well, indicating that despite the slow-down in sales, there is still a significant demand for UVs in the market.

Let’s take a look at how UVs performed in January 2019:

Maruti Suzuki’s Vitara Brezza maintained its top spot on the sales chart, selling 13,172 units in the month (January 2018: 11,785). The popular compact SUV has been one of the growth drivers for the company’s UV market share, which today stands at 28.34 percent.

The Vitara Brezza sees competition from the likes of the Tata Nexon, Ford EcoSport and the Mahindra XUV300, and is the only model here in its class to have a diesel only variant line-up. Maruti Suzuki recently announced that the Vitara Brezza has crossed the 4,00,000 cumulative sales milestone, just 35 months after its launch in March 2016.

Second place on the January sales chart was claimed by the Hyundai Creta, which maintained its position and clocked slightly higher sales of 10,314 units, compared to 9,284 units in January 2018. With increasing competition from recent entrants like the Nissan Kicks and Tata Harrier, Hyundai has added more features to the Creta and brought out a top-spec ‘SX Executive’ variant that gets offering ventilated seats and wireless charging, which are segment-first features.

While the rugged Mahindra Bolero still placed third in sales, the UV declined slightly in terms of the overall numbers. The Bolero sold 7,998 units in January, with most of the numbers coming from rural and Tier 2 markets (January 2018: 8,206).

Launched in November 2018, the second-gen Maruti Suzuki Ertiga is doing quite well. The MPV garnered sales of 6,352 units during January 2019. When the CNG variant arrives, expect sales to rise as fleet operators are sure to benefit.

The Toyota Innova Crysta has dropped to no. 5 on the sales charts, registering sales of 6,283 units. The Crysta had clocked 7,028 units in January 2018. The drop can be attributed to the launch of two new MPVs – the all-new Maruti Suzuki Ertiga and the Mahindra Marazzo.

While fuel prices have certainly had an impact on UV sales, the vehicle category still sees the highest amount of developmental investments from global OEMs.